Activision Blizzard (NASDAQ:ATVI) recently announced that the next installment in its popular Destiny franchise, Destiny 2, will be launching on Sept. 8, 2017. Destiny is one of the company's big moneymakers, with 30 million registered players as of June 2016, about 18 months after its launch. This is a year where the company has a light game release schedule, with Destiny 2 and Call of Duty: World War II being the only two big releases, so it's important that those two games do well for Activision to finish the year with momentum.

Here's what Eric Hirshberg, CEO of Activision Publishing, had to say in a press release about why Destiny 2 will be great: "Destiny 2 has a great story, an iconic new villain, awesome characters you want to go on an epic adventure with, and of course, tons of the amazing gameplay that Destiny is known for. We, along with our partners at Bungie, have listened carefully to our community, and have added thoughtful innovations that make the game, and all of its content, more accessible to more types of players than ever before."

Destiny 2 is coming to PC

One way the game will be more accessible is that Destiny 2 is coming to PCs for the first time through Blizzard's Battle.net PC gaming platform. The company writes on its website there are millions of players on Battle.net playing popular Blizzard titles such as World of Warcraft, Starcraft 2, and Diablo 3. Since Destiny is a very social-oriented gaming experience, it will be right at home with Battle.net's built-in friends list and chat feature. 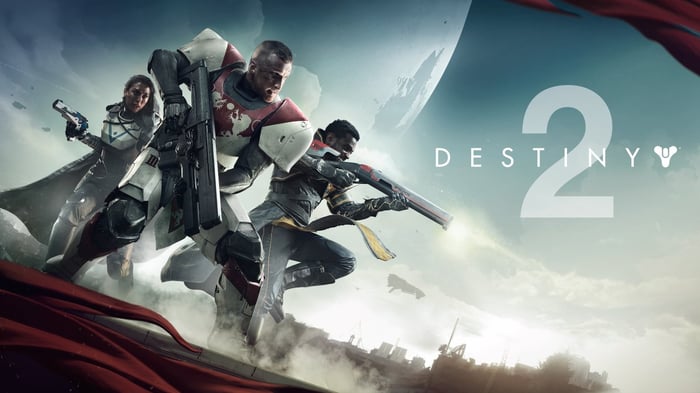 What all of this means is that Destiny 2 will no doubt have a larger audience reach than the first version. There is no way to know for certain exactly how many PC gamers are out there, but a recent Nielsen study found that 27% of all gamers prefer gaming on PC over console and mobile devices.

Management also disclosed on its 2017 first-quarter conference call that the higher-priced game package that comes with an in-game expansion pass for future in-game digital content releases is attracting the majority of pre-orders so far. Most gamers who are pre-ordering Destiny 2 this far out are likely diehard fans of Destiny, and one month of data doesn't make a trend. But if this pace holds up, it will definitely strengthen the game's margins, because the company is collecting extra cash up front for digital content it hasn't released yet. Not to mention that the digital content is higher-margin revenue than sales of game discs.

Destiny already has been a massive success for the company, and it looks like Destiny 2 has the makings of a bigger, better game that will build on the success of the original. If the franchise can reach a bigger audience, it would be huge for the company's ability to grow digital revenue (which made up 74% of total revenue in 2016) and continue to expand margins as well.