You might think that Las Vegas is the gambling capital of the world, but it's not. Macau, a special administrative region of China in which gambling is legal, claimed that title over 10 years ago.

Las Vegas Sands (NYSE:LVS), the biggest casino operator in the world, was the first to notice that shift, and it now controls the heart of Macau's Cotai Strip. Its Vegas-based rivals Wynn (NASDAQ:WYNN) and MGM Resorts (NYSE:MGM) played catch-up over the past decade, but they still generate far less revenue from Macau than Sands, which owns the Venetian, Parisian, Sands Cotai, and Four Seasons properties in Cotai. 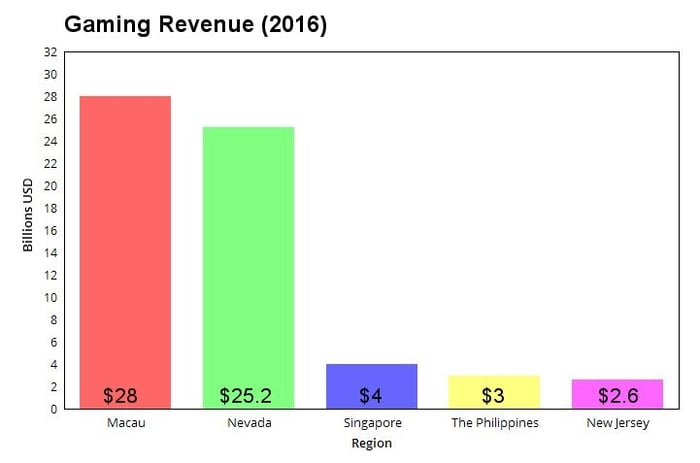 Sands and Wynn, which are more exposed to Macau than Vegas-oriented MGM, faced tough conditions over the past two years due to anti-corruption probes in China, where the government viewed Macau's casinos as hotbeds of money laundering.

However, those headwinds have faded over over the past year, and Macau's gaming revenue rose annually for the 10th straight month in May. This makes Macau-centered casino operators like Sands and Wynn interesting plays on the growth of China's middle class and increasing tourism in Macau.