Analyst group Cowen likes some of the things happening at this offshore oil services provider.

Shares of offshore oil services company Helix Energy Solutions (HLX 1.05%) are up 13% as of 11:00 a.m. EDT today. The event driving this positive move comes from analyst group Cowen's upgrade of the stock.

Analyst upgrades typically come and go like ships passing in the night, and most long-term investors are better off ignoring them. Since this one caused such a massive price spike, though, it's at least worth digging into it to see if there is any new information to add to the investment thesis on this stock. 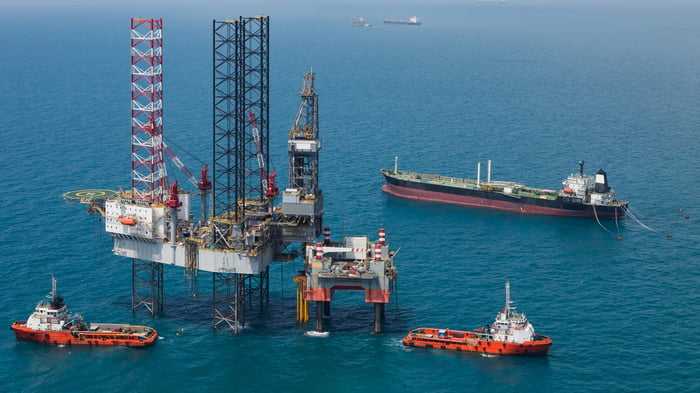 Cowen's upgrade is based on two things: the contract Helix obtained for the Siem Helix 1 vessel and the equity offering the company completed in January. The $320 million equity offering did result in some significant shareholder dilution -- total shares outstanding are 20% more than when we started 2017 -- but it gave the company enough cash to cover any short-term obligations.

The reason Cowen thinks the Siem Helix contract is so significant compared to some of its other assets is that Helix is chartering the vessel rather than outright owning it, so any idle time means lots of money going out the door. Siem Helix's contract is a multiyear contract with Petrobras. Considering how many wells Petrobras has drilled in the pre-salt formation over the past few years, there should be plenty to keep it busy for a while.

There's no denying that Helix is in a much better position financially than it was just a few months ago. It also helps that the company's offshore business is mostly geared around well intervention and other maintenance activities that involve already producing assets. Producers have been rather tightfisted lately when it comes to offshore work, but spending to do maintenance work is much more likely than spending on new exploration.

Having said all that, Helix hasn't exactly been a bastion of growing shareholder wealth over the long term. Even the company's 2017 revenue and EBITDA projections don't instill a whole lot of confidence about the future. For investors hoping to buy an energy stock and hold it for the long term, Helix probably isn't the best place to be looking.