Please ensure Javascript is enabled for purposes of website accessibility
Log In Help Join The Motley Fool
Free Article Join Over 1 Million Premium Members And Get More In-Depth Stock Guidance and Research
By Brian Withers - Jun 6, 2017 at 11:19AM

For the first time in two years, Shopify didn't report its merchant growth numbers in its earnings call. I talked with Shopify's director of investor relations about why.

E-commerce platform specialist Shopify (SHOP 4.91%) didn't share its number of merchants in its most recent earnings call. Over the last two years, investors had come to depend on checking in on the metric and its growth.

I contacted Shopify's investor relations team and ended up talking with Shopify's director of investor relations, Katie Keita. She helped me understand why the company doesn't report its merchant growth quarterly anymore, the growing impact of Shopify Plus, and how Shopify has improved its platforms based on where merchants get stuck in building their e-commerce business.

Read on for the details of our conversation and some behind-the-scenes information on how this e-commerce platform company is continuing to service its customers, no matter their size. 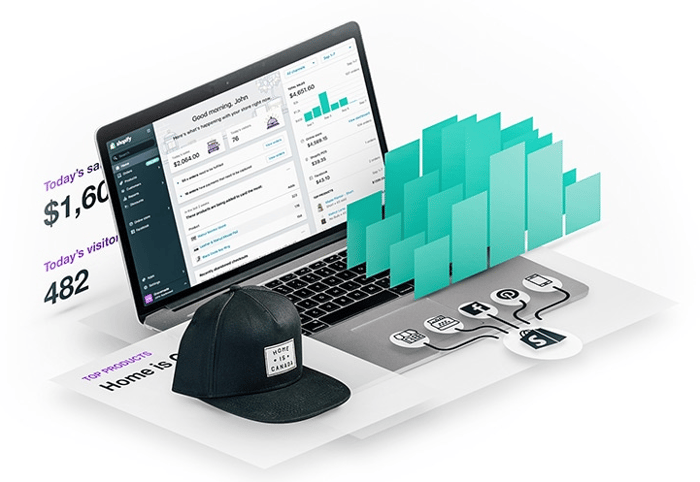 Want to know the number of Shopify merchants? You'll just have to wait.

Shopify had been reporting the number of merchants served each quarter for the last two years, but that stopped in this earnings release. Harley Finkelstein, Shopify's chief operating officer, indicated that the company "achieved a record number of new merchant adds," but didn't say how many.

While I appreciate that the company does not have to report details like this to investors, I wanted to know why and reached out to Shopify's investor relations department. The team quickly responded and indicated that the number of merchants had surpassed 400,000, which was updated on May 2 on the main press page. Additionally, Keita was available to answer my questions behind the release of information.

Keita explained that the number of merchants surpassed was a "milestone" that was reached at some point in the quarter and has become less impactful as the company has grown larger. She went on to say that analysts would treat the number as an absolute number achieved at the end of the quarter and use it to do "bad math," which is never what the company intended. The number of merchants and merchant growth will be released annually going forward.

Additionally, Keita went on to explain that monthly recurring revenue (MRR) was a more appropriate measure of Shopify's success. The company has certainly had a strong run of MRR growth, with a 62% increase this quarter and an 80% compound annual growth rate since 2012. Additionally, MRR is a good measure as the company adds merchants to the Shopify Plus program.

Shopify Plus is a real plus for Shopify

In speaking with Keita, she explained that another reason why the number of merchants is not being reported is that more merchants are using the Shopify Plus platform. Shopify Plus is the service offering for the company's largest customers, and starts at a cost of $2,000 per month to as high as $40,000 per month depending on merchant sales volume. The number of merchants oversimplifies this important aspect of Shopify's customer base. Shopify has been investing in this high-end product and acquired Boltmade in October 2016 to accelerate its development.

This investment is paying off, as Shopify Plus now accounts for 17% of MRR ($3.5 million), up from 11% the prior year. Shopify didn't announce the number of Shopify Plus merchants this quarter, but last quarter, the company said that it grew the number of merchants to 2,500 in 2016. The company continues to enhance this platform and recently announced the capability for Shopify Plus merchants to sell products wholesale, "creating a more efficient way to manage customer bulk ordering in one place, without two systems or workarounds."

Enhancements like this are why customers stick with Shopify as a platform.

She stated that the company focuses on how to serve new merchants in a "scalable" way and has self-service resources on its website to help guide new customers. Additionally, Shopify uses customer data and its help desk "guru tickets" to determine where merchants "get stuck." This has led the company to develop products to solve these pinpoint issues for customers. Three examples are:

Having these types of services helps to make Shopify the place for small business owners to build their e-commerce business. Merchant services revenue now accounts for more than 50% of overall revenue and grew an amazing 92% last quarter. This growth makes it clear to me that Shopify is obsessed with its customers, similar to the e-commerce giant Amazon, and that focus is a key contributor to the company's growth.

I was impressed with Keita and what the company is doing for its merchants. Shopify's choice to stop reporting extraneous data is just one example that shows the company is focused on the long term -- and that is one element Foolish investors look for in their investments.