An analyst's downgrade took a big bite out of this construction giant today.

Shares of infrastructure company Chicago Bridge & Iron Company N.V. (CBI) fell as much as 10% on Tuesday after being downgraded by an analyst. At 2:50 p.m. EDT shares were bouncing near their low, down 9.3% on the day.

An analyst at Macquarie Group lowered its price target for Chicago Bridge & Iron from $18.00 per share to $11.50 per share and kept an underperform rating. The reduction in price target was based on an assumption that management is drawing down the maximum under its revolver rather than just using the end of quarter number. Companies often clean up their balance sheets at the end of the quarter to make them look good for investors, and a disclosure that said the drawdown had hit its max led the analyst to the change in valuation. 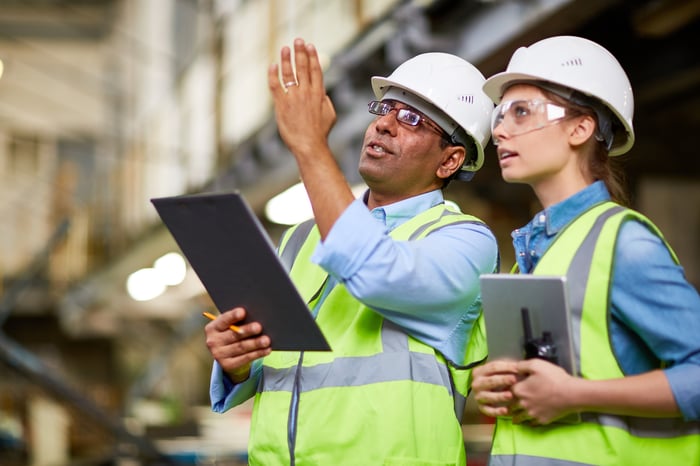 Analyst upgrades and downgrades can often have a big impact on a stock short-term as investors react immediately to the rating. But long-term they don't impact a company's operations, and shouldn't be the only reason to buy or sell a stock. In this case, it's worth understanding why you may want to consider a higher-risk profile for Chicago Bridge & Iron: if the company is taking out more in loans intra-quarter, then lowering debt to make the balance sheet look good at the end of the quarter. That masks its true leverage -- and with the company struggling to return to profitability, higher leverage is a big risk for investors.