Taseko Mines Limited's (NYSEMKT:TGB) shares advanced nearly 14% last month. However, the timing of the price move was important, since nearly all of the gain came at the beginning of May, just after the copper and molybdenum miner reported earnings.

The big number, earnings per share, came in at $0.07 Canadian dollars, up from a loss of CA$0.01 a share in the prior-year period. There were three main drivers, the first of which was a rise in commodity prices. That, of course, helped lift all ships and wasn't a benefit unique to Taseko. But it was still nice to see. 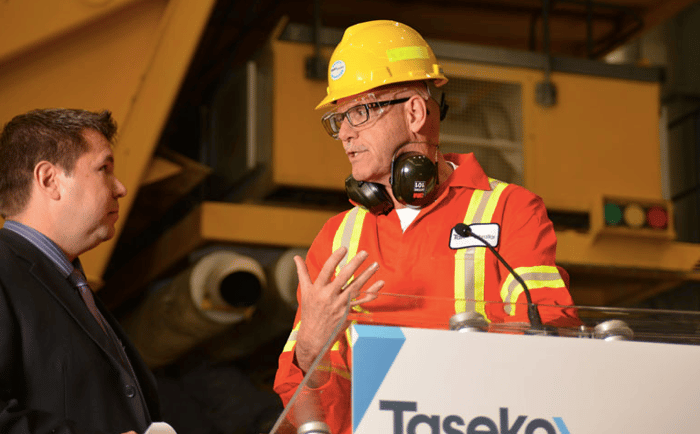 The next two drivers, however, showed fundamental improvement at Taseko and are the more important takeaways. For example, the miner was able to increase copper production at its Gibraltar mine (75% owned) from 28.8 million pounds to 41.3 million pounds. Total operating costs, meanwhile, fell 33% year over year in the quarter. Taseko is benefiting from more than just a commodity upturn.

The company also updated investors on its financial position. During the first quarter Taseko inked a silver streaming deal with Osisko Gold Royalties Ltd. (NYSE:OR) that brought in CA$44 million in cash, leaving the miner with a cash balance of roughly CA$150 million at quarter's end. That was a 130% improvement from six months ago: Not only is the earnings statement looking better, but so is the balance sheet.

With all of that good news, it's not surprising that investors gave Taseko's shares a boost. That said, the story here hasn't materially changed. The company has one main mine that it's using as a cash cow to fund investments in expansion projects, and those projects still aren't producing yet. The solid quarterly results were nice to see, but an investment in Taseko is really an investment in its development projects.