The energy-drink maker gained after topping estimates in its first-quarter report.

Shares of Monster Beverage Company (MNST -0.30%) were gaining last month after the energy-drink maker turned in a better-than-expected first-quarter earnings report. According to data from S&P Global Market Intelligence, the stock climbed 11% in May. 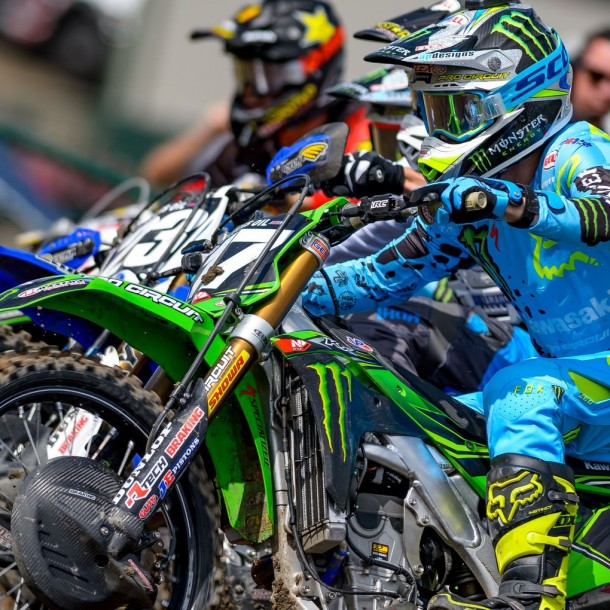 As the chart below shows, the stock got a boost on the earnings report at the beginning of the month followed by a surge in the second half of May as well. 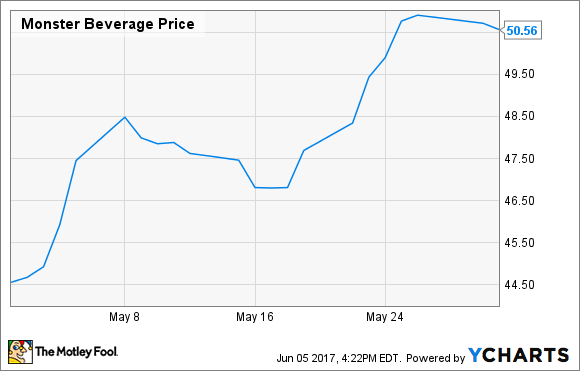 Monster topped estimates in the report as revenue in the period increased 9.1% to $742.1 million, ahead of expectations at $741.4 million. Meanwhile, earnings per share increased from $0.26 to $0.33, beating estimates by a penny.

CEO Rodney Sacks said results were "adversely impacted by distributor terminations, the strength of the U.S. dollar, and production shortages of Java Monster and Muscle Monster. He also noted the company's progress in the strategic alignment of its distribution system with Coca-Cola (KO -0.17%) as Coke bottlers are taking over Monster distribution in some parts of the country and the world.

In the second half of the month, Monster's gain tracked with that of Coca-Cola, its strategic partner and key investor, as Coke rose on news that it was close to completing its nationwide bottler refranchising.

Management did not provide guidance in the quarter, but the company's long-term growth prospects remain solid even as revenue growth has slipped into the single-digit range. Sacks' commentary about shortages in Java Monster and Muscle Monster indicate that growth could have been stronger without those issues.

The energy-drink market continues to expand, and the Coke partnership should help Monster penetrate markets far and wide. Despite its high valuation, the long-term picture looks solid.