Netflix Inc (NASDAQ:NFLX) CEO Reed Hastings is not only a visionary leader -- his company pioneered first DVD-by-mail, then video streaming, and finally original programming -- he is also one of the more straightforward and honest CEOs in business.

Each quarter, Hastings spells out his company's results and his thoughts in his letters to shareholders, a marked difference from most companies, whose CEOs only share a brief and often boilerplate quote with investors in the press release.

Hastings has also been remarkably open about Netflix's strategy. The company outlines its strategy and industry overview on the Long-Term View page of its investor relations site, which centers on the contention that "Internet TV is replacing linear TV." 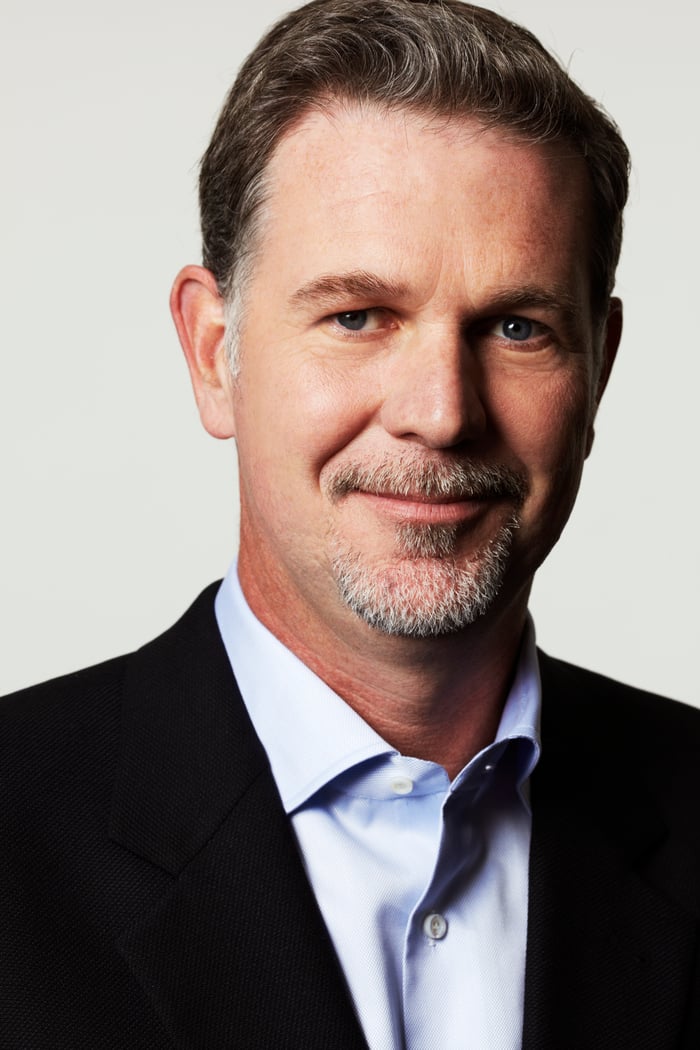 At previous conferences, Hastings has dropped plenty of nuggets of wisdom about Netflix, video entertainment, and where the industry is going, so it shouldn't be a surprise that his interview at Recode's recent CodeCon was full of new insight into the company and the industry. Here are few of the most telling statements  from the Netflix chief.

1. Binge-viewing is a competitive advantage

When Netflix dropped its first big-budget original series, House of Cards, in 2013, it did something that had never been done before in the history of television. It made the entire season's content available at once. As a result, millions of Netflix subscribers were able to watch the episodes back-to-back, or all at once if they so chose. The ability to binge-watch leveraged the power of streaming, which gives viewers the opportunity to watch programming when and where they want.

The binge model, or making all episodes available at once, has since become the standard in the industry as other streamers like Amazon.com (NASDAQ:AMZN) have followed suit. Hulu made a notable departure with the release of the recent series, The Handmaid's Tale, which streams every week. There are some advantages to the traditional weekly release, still used by linear networks like HBO and Showtime, as it reinforces the idea of "appointment television," allows viewers and the media to watch as a community, helping create buzz as the "season" lasts longer.

Still, it's clear than Hastings favors the binge model, which allows for maximum customization, and since Netflix now has so many original series, going back to the old way wouldn't make sense.

In its most recent shareholder letter, Netflix acknowledged that some of its movies had been flops, noting that the big-budget Crouching Tiger Hidden Dragon: Sword of Destiny was a particular disappointment.

Hastings said that movies have a number of similarities with TV, but differ in distribution and the inability to be binge-watched. Those have both presented challenges to Netflix -- movie theaters have resisted showing Netflix movies because the streamer won't abide by the traditional windowing process, which lets movies show in theaters for a certain period of time without in-home competition. Netflix courted controversy at the recent Cannes Film Festival when it refused to release its two festival submissions, Okja and The Meyerowitz Stories, in French theaters due to laws preventing in-house streaming for three years after a theater run.

Similarly, movies don't lend themselves to streaming in the same way that a TV series does, and a TV series may be a more efficient use of capital as it can build off the same cast and crew and sets in a way that a movie cannot.

3. "The drive toward conformity as you grow as a company is very substantial"

Hastings' most insightful comment on leadership was the above statement, which seemed to echo Amazon CEO Jeff Bezos' mantra about it always being Day One at his company. Hastings is wary of Netflix becoming too staid as it matures, and is urging his team to take more creative risks. In fact, he also said recently that the company's hit ratio on its programming, or the percentage of its successes, is too high, and it should therefore be working on more inventive entertainment that could fail.

In the CodeCon interview, Hastings said he told his content team, "You should have more things that don't work out. You should get more aggressive." The willingness to embrace risk and failure has been a key factor in the success of Netflix and Amazon, which have been two of the best-performing stocks of the internet era, and that attitude explains why they continue to act as disruptors despite becoming industry leaders.

During the interview, Hastings seemed to double down on Netflix's model, again stating that the company would avoid sports and other such content that doesn't lend itself to bingeing. The company knows what its strengths are, and as it pushes them further it will continue to add subscribers and grow profits.