There was quite a bit of momentum around the "invest in energy" thesis last year as oil prices started to rise slowly, and the consensus was that the industry was back on the upswing. In 2017, though, that hypothesis has begun to lose steam. Oil prices have remained in the $50-a-barrel range for some time, and alternative energy investments like wind and solar are in the midst of their own downturns.

Given that Wall Street has lost some enthusiasm for energy stocks, it's time for savvy, long-term-focused investors to start thinking about putting some money into this industry. We asked three of our contributors to highlight a stock they believe investors should consider today. They picked offshore driller Transocean (NYSE:RIG), independent oil and gas producer Parsley Energy (NYSE:PE), and solar panel manufacturer SunPower (NASDAQ:SPWR). 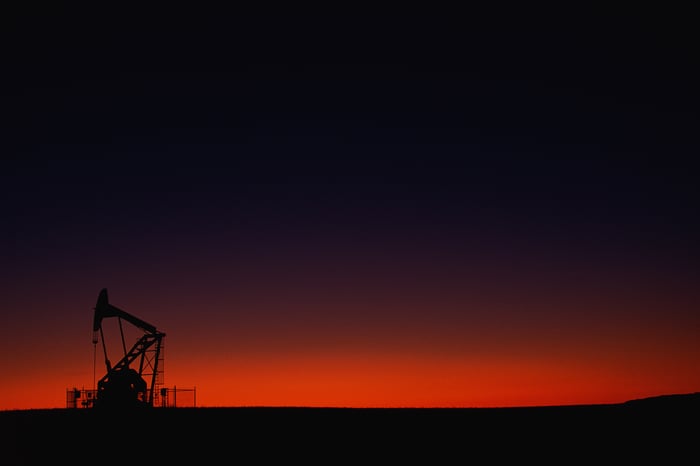 Giving some love to a very unloved industry

Tyler Crowe (Transocean): Based on the valuation at which Transocean's stock trades -- and the valuations of almost every other offshore rig company, for that matter -- it would seem that Wall Street has left this industry to rust away in the dockyard. When you consider how short an investment time horizon Wall Street has, though, it's hard to blame them. Shale drillers have been able to boost their output so quickly, they have more or less offset all production declines from OPEC and kept the oil market from drawing down its high levels of inventory. As a result, prices have remained stubbornly low, and few producers are willing to contract rigs for new offshore work.

For the more forward-looking investor, though, this could be one heck of an opportunity to buy shares of Transocean.

As effective as shale producers have been at growing production, they won't be able to offset the gains in demand and declines from legacy fields forever. When those declines start to bite into total global production, prices will rise, which will increase the incentive to spend on exploiting non-shale sources such as offshore. When that happens, Transocean's large fleet of high-specification rigs will be ready to meet that demand. Considering that Transocean is in better financial shape than just about every other offshore driller, it has the best chance of escaping this downturn in decent form, suggesting it will be able to deliver better results to shareholders when the market turns.

With a price to tangible book value ratio of 0.22, shares of Transocean are selling for a song. Investors willing to wait several years for the payoff could be singing that song all the way to the bank.

Matt DiLallo (Parsley Energy): Oil producer Parsley Energy had impeccable timing when it chose to go public in mid-2014, which was right before oil prices crashed. The company raised a boatload of cash with that IPO, which gave it the capital needed to thrive during the oil market downturn. In fact, the company has gone on to increase production at a remarkable 16% compound quarterly rate since its IPO during a period when many of its rivals weren't even able to maintain their production rates.

Fueling Parsley Energy's stunning rise has been its excellent position in the Permian Basin, which it has significantly expanded by taking advantage of the downturn to make deals. As a result of those transactions, the company is now the second-largest acreage holder in the Midland Basin portion of the Permian, behind Pioneer Natural Resources (NYSE:PXD). That standing is worth noting because Parsley Energy's CEO, Bryan Sheffield, is the son of Pioneer's recently retired CEO, Scott Sheffield, who used his company's Permian acreage as the catalyst to create substantial value for investors over his tenure. That stock is up more than 200% over the past decade alone.

Aside from its strength in the oil-rich Permian, the other driver of Pioneer's success -- especially during the recent oil market downturn -- has been that it avoided using debt to finance growth. Instead, Pioneer relied on a combination of asset sales and equity issuances to finance drilling high-return wells. It's a blueprint that Parsley Energy has followed over the past few years not only to deliver rapid production growth, but to create tremendous value for investors who bought at its IPO and subsequent secondaries: The stock is up more than 40% since it went public. Meanwhile, with thousands of high-return drilling locations left to exploit, and a pristine balance sheet, Parsley Energy has the resources to keep growing at a healthy clip for years to come. Its shares should reward investors savvy enough to see another Pioneer in the making.

A savvy risk-reward bet on this solar technology leader

Jason Hall (SunPower Corp.): It's been an ugly year and change for high-efficiency solar panel manufacturer SunPower. The solar industry is going through a short-term cyclical downturn after a few years of very high demand. That has left the global market heavily oversupplied with manufacturing capacity, which has weighed on prices as panel makers battle for as much business as they can.

Factor in the general improvements others have made in panel costs -- especially for lower-efficiency commodity panels -- and SunPower's more efficient offerings have lost some of their competitive advantage. Over the past couple of years, SunPower has produced big losses, burned through a substantial amount of cash, and taken on more debt. 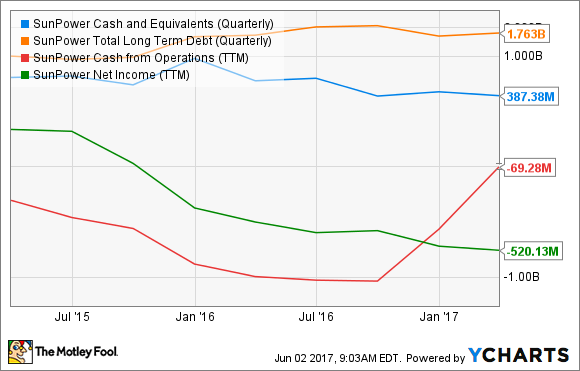 A weakening balance sheet means there is definitely risk that SunPower will continue to struggle until the solar market returns to growth. There's also risk that its planned strategy to adapt to the new competitive landscape won't pan out.

But even with those risks, I think now is an excellent time to consider opening a small position in the company. SunPower has a history of innovation, a strong corporate backer in majority shareholder Total, and should be well-positioned to capitalize when the market recovers.

Again, acknowledging the risks, it's not a stretch to look out a few years and see a much, much more valuable SunPower, on the back of a well-executed business plan and a big increase in global demand for solar.