Graphics cards from Advanced Micro Devices (NASDAQ:AMD) are sold out almost everywhere. A search on computer hardware retailer Newegg yields few options for AMD's higher-end Polaris cards, and those available are inflated in price. AMD confirmed to CNBC that demand from those mining cryptocurrencies is responsible for the shortage.

The price of bitcoin, the most popular cryptocurrency, has soared over the past few months, reigniting interest in cryptocurrencies. Specialized ASICs, or application-specific integrated circuits, have been in use for bitcoin mining for years, rendering graphics cards largely obsolete for that purpose. Bitcoin mining is profitable when the value of the bitcoin produced outweighs the costs of running the hardware, and ASICs are vastly more energy efficient than graphics cards.

This surge in graphics card demand seems to be driven by another cryptocurrency, Ethereum. The price of Ethereum has also soared in recent months, drawing in those looking to profit by producing "ether." Ethereum is designed to be ASIC-resistant, which means that it would be expensive to design an ASIC that would outpace consumer hardware like graphics cards. AMD graphics cards tend to perform better than those from NVIDIA (NASDAQ:NVDA) when it comes to cryptocurrency mining.

Shares of AMD shot up 7% on Tuesday based on this news, but investors shouldn't be celebrating. This isn't the first time cryptocurrency miners have scooped up AMD graphics cards to the point of shortage. The exact same thing happened in late 2013 -- Litecoin was the flavor of the week back then. That surge of demand did nothing for AMD's market share, and any benefit was short-lived. Litecoin prices quickly collapsed, and ASICs soon arrived. Litecoin was also billed as ASIC-resistant. 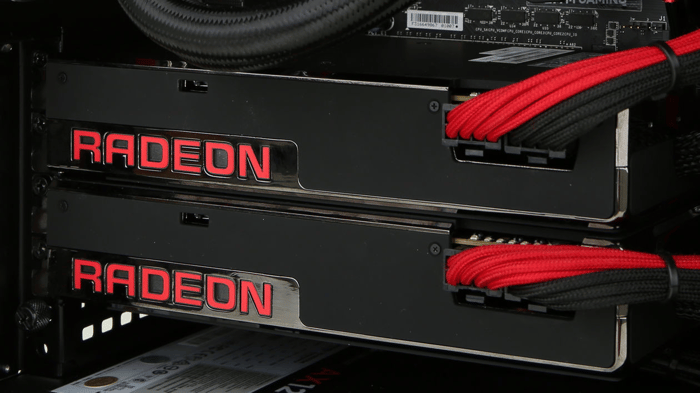 The fact that AMD's graphics cards are selling out seems like a positive, and it will certainly boost the company's results a bit in the short term. But this demand is unlikely to stick around for very long. If Ethereum continues to gain in price, it will eventually become viable for an ASIC to be developed that renders graphics cards obsolete. There are technical differences between Ethereum and Litecoin, beyond the scope of this article, that may make the former more resistant to ASIC development. But that will only delay the inevitable.

On the other hand, if this cryptocurrency surge turns out to be a massive bubble -- Dutch tulips for the digital age -- mining Ethereum won't be nearly as attractive once prices collapse. Either way, demand for AMD's graphics cards from cryptocurrency miners will dry up -- just like it did last time.

AMD can only sell as many GPUs as it produces, and I highly doubt the company will attempt to boost production significantly given the uncertain and ephemeral nature of this new source of demand. Cryptocurrency prices could fall off a cliff tomorrow, and AMD doesn't want to be stuck with a bunch of excess supply.

There's a second-order effect of this shortage: NVIDIA's graphics cards are now the only option for PC gamers. While AMD is racking up some extra sales from a source of demand that likely won't be around for very long, gamers will be pushed to NVIDIA. I would argue that this surge in demand for AMD's graphics cards is a net-negative in the long run.

This is now the second time that demand from cryptocurrency miners has created a shortage of AMD graphics cards. There was no long-term benefit for AMD the first time around, and I doubt it will be any different this time. Those who fail to learn from history are doomed to repeat it.