The stock market regained some ground on Wednesday, as major benchmarks eased higher to make up for losses earlier in the week. Market participants kept their eyes on Washington, where written remarks from former FBI Director James Comey ahead of his hearing tomorrow drew plenty of attention but didn't lead to a dramatic negative response on Wall Street. Financial stocks generally did well, while a drop in crude oil prices weighed on the energy sector. Several individual stocks put in solid showings, helping to add to positive sentiment. Hawaiian Holdings (NASDAQ:HA), MBIA (NYSE:MBI), and bluebird bio (NASDAQ:BLUE) were among the best performers on the day. Below, we'll look more closely at these stocks to tell you why they did so well.

Shares of Hawaiian Holdings gained altitude, rising 12% after the company reported solid traffic statistics for the month of May. The airline said that revenue passenger miles climbed 8% in May compared to a year ago, and load factors rose by 2.4 percentage points to 86.7%. Passenger counts were up more than 5% for the month. Those positive results led Hawaiian to boost its guidance for the second quarter, with growth in operating revenue per available seat mile picking up 2 percentage points to a new range of 7.5% to 10.5%. Lower fuel costs than anticipated should also help the airline be more profitable in the quarter. Given how Hawaiian has led the industry higher recently, the continued good news is encouraging for investors in the airline stock. 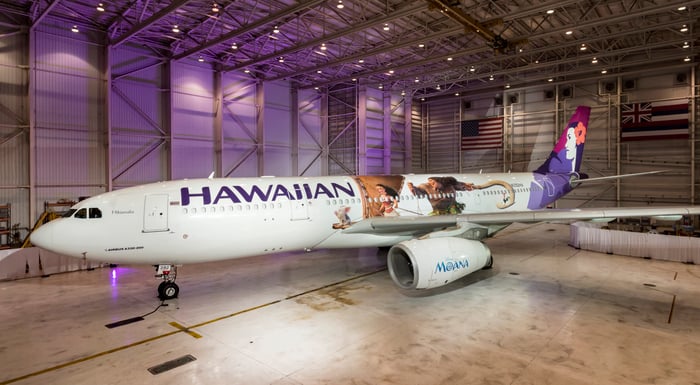 MBIA stock climbed 8% in the wake of its response to negative moves from credit rating bureau Standard & Poor's Global Ratings. S&P had put the ratings of the insurance company on its negative CreditWatch list, indicating that the rating agency might make future moves to downgrade the AA- financial strength rating of MBIA's National Public Finance Guarantee subsidiary. MBIA COO Bill Fallon said that he and his fellow executives were "disappointed by S&P's announcement and do not believe that a rating downgrade of National is warranted." In particular, he said that the MBIA subsidiary has boosted its new business activity and worked hard to re-enter the municipal bond insurance market in a measured and disciplined way. MBIA hopes that it will be able to maintain the company's credit rating, and that in turn gave MBIA shareholders comfort that its financial condition remains sound despite challenging conditions in the industry.

Bluebird gets into the catbird seat

Finally, shares of Bluebird Bio finished the day up 11%. The biotech company built on its gains from earlier in the week, emerging as one of the stars of the recent American Society of Clinical Oncology meeting. The company released data on Monday that indicated that its bb2121 CAR-T treatment had performed well in treating patients with multiple myeloma, showing high response rates and favorable safety profiles. The studies are still in early stages, but some industry analysts saw Bluebird as a big winner at the conference. If the company can continue to produce the same results in larger, more advanced studies, then Bluebird Bio could have a lot more room to grow in the future.