Facebook is moving WhatsApp from IBM's cloud to its own data centers, but it's not as big a deal as it seems.

International Business Machines (IBM -0.42%) has long touted its cloud business as one of the key drivers of its ongoing transformation. The acquisition of cloud infrastructure provider SoftLayer in 2013 turbocharged IBM's aggressive push into the cloud, putting the company into the public infrastructure-as-a-service business and providing a foundation for its array of cloud services.

IBM's public cloud business, where computing power and storage are rented to customers, is far smaller than market leaders Amazon Web Services and Microsoft Azure. That made a report on Wednesday from CNBC claiming that a major IBM cloud customer is leaving all the more concerning.

WhatsApp, the popular messaging app owned by Facebook (META 1.30%), has plans to shift to Facebook's own data centers later this year. WhatsApp has been a SoftLayer customer since before the acquisition by IBM, running on 7,000 high-performance bare-metal servers. One of CNBC's sources claims that WhatsApp has been one of IBM's top five public cloud customers, although IBM claims that's no longer the case.

This development may seem like a big deal, negatively affecting IBM's efforts to position itself as one of the major cloud computing companies. Here are two reasons why that's not really the case. 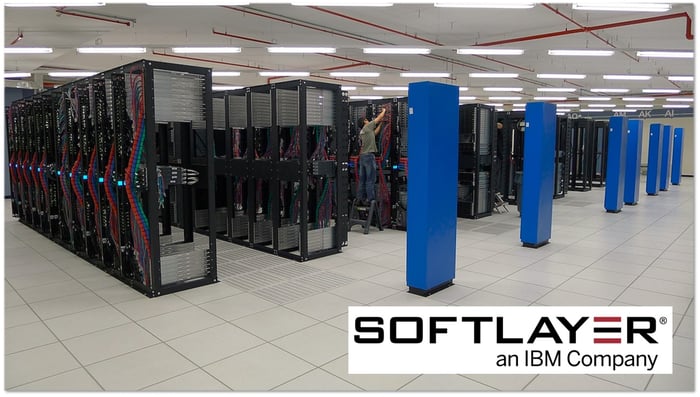 Not a reflection on IBM's cloud

Facebook runs its own massive data centers. Its namesake service has been running on its own servers since the beginning, and each acquisition is eventually shifted in-house as well. Instagram, acquired in 2012, was moved from AWS to Facebook's own servers in 2013 in a year-long effort.

At Facebook's scale, running in-house infrastructure is simply less expensive than paying a public cloud provider. It requires heavy capital investments, which I suspect is the reason companies like Netflix have stuck with the public cloud. Netflix would rather hurl money into content, not data centers. But Facebook has no shortage of readily available cash, and building its own data centers gives it complete control over its infrastructure.

The key point: Facebook would have moved WhatsApp in-house regardless of what cloud computing provider it was running on. This move isn't "proof" that IBM's cloud is inferior. Facebook spends roughly the same amount annually on capital expenditures as IBM; it would be silly to continue paying another company for cloud infrastructure.

According to CNBC's source, Facebook was at one point spending $2 million each month with IBM. Assuming that number is accurate, losing WhatsApp as a customer is a minor issue. IBM's cloud business generated $14.6 billion over the past 12 months, and cloud as a service, which includes infrastructure as a service, platform as a service, and software as a service, is currently on an $8.6 billion annual revenue run rate.

IBM's cloud business goes far beyond public infrastructure-as-a-service. The company puts a heavy focus on hybrid cloud, and for good reason. Gartner predicts that by 2020, 90% of organizations will adopt hybrid infrastructure management capabilities. One major cloud growth opportunity for IBM is large enterprises adopting a hybrid cloud approach as they move workloads to the cloud. IBM's base of existing enterprise customers should give it a key advantage in that area.

Another major cloud growth driver for IBM are high-value services. Watson is the headliner, used in a variety of industries ranging from healthcare to financial services. IBM's analytics business generated $4.5 billion of revenue during the first quarter alone, although only a portion of that is related to the cloud business. Analytics revenue grew by 7% year over year.

Should IBM investors worry about Facebook pulling WhatsApp from the company's cloud platform? No. IBM will take a small revenue hit, but this move would have occurred regardless of which cloud platform WhatsApp was running on. The public cloud is only a part of IBM's cloud strategy, and the loss of a single customer doesn't change IBM's cloud growth story.