The luxury handbag giant jumped after a strong quarter and a large strategic acquisition. Here's what investors need to know.

Shares of Coach Inc. (TPR 0.87%) climbed 17.3% in the month of May, according to data provided by S&P Global Market Intelligence, after the luxury handbag, accessories, and footwear specialist announced solid quarterly results and agreed to acquire a competitor.

During Coach's fiscal third quarter ended April 1, 2017, revenue fell 4% year over year (3% at constant currency) to $995 million, in line with the company's expectations. To that end, sales growth was impacted by roughly 150 basis points thanks to a combination of door closures as well as Coach's strategic decision to bolster its North American wholesale brand positioning by holding fewer promotional events. On the bottom line, adjusted net income climbed 5% year over year to $124 million, and adjusted earnings per diluted share rose 4% to $0.46. 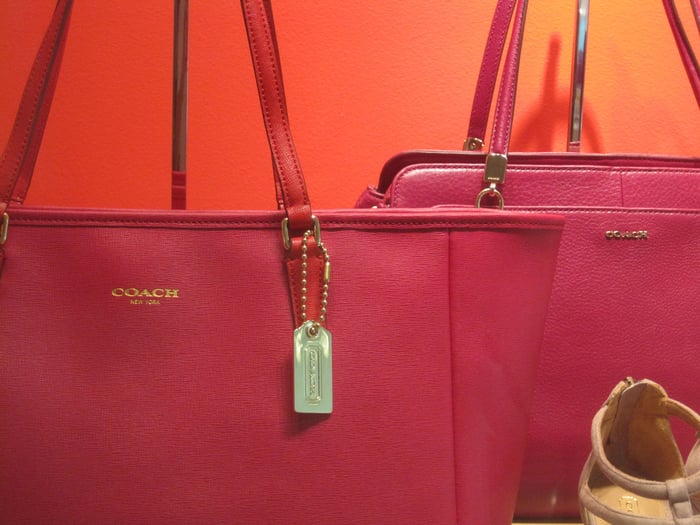 In addition, less than a week later, Coach shares continued to climb after the company announced it had agreed to acquire peer Kate Spade (KATE) in a deal worth $2.4 billion -- a combination that Coach CEO Victor Luis claims will "strengthen [Coach's] overall platform and provide an additional vehicle for driving long-term, sustainable growth."

Of course, it also helps that Coach expects the complementary businesses to be able to realize annual cost synergies of roughly $50 million within three years of the acquisition's close. What's more, the deal should be accretive to Coach's adjusted earnings in fiscal 2018, with double-digit percent earnings accretion possible by fiscal 2019.

All things considered, May was an exciting month for this 76-year-old luxury fashion titan. And even with Coach stock trading up more than 30% so far in 2017 as of this writing, I won't be the least bit surprised if it continues to climb from here.

Tapestry's Got One Strong Brand, Not Three
401%