Fitbit, Apple Inc., and Medtronic are on the cutting edge of developing next-generation devices that merge wearable technology, data, and insulin levels.

Wearable technology has become increasingly common, thanks to Fitbit, Inc. (FIT) and Apple, Inc. (AAPL 1.37%), but it's possible that we're only scratching the surface of how these devices could eventually reshape healthcare worldwide.

Fitbit has been selling wearable devices for 10 years, and overall, the company has sold a whopping 63 million devices, including 3 million Fitbits that were sold in Q1 alone. 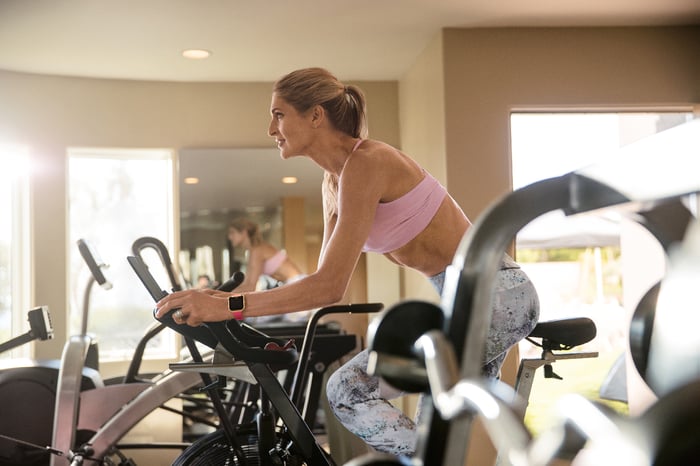 Currently, Fitbits are used mostly to help people track their workouts, but in the future, they could help patients keep better tabs on chronic illness, including diabetes.

In December, Fitbit cut a deal with medical-device Goliath Medtronic (MDT 0.90%) to team up on research that could eventually lead to Fitbit's use by diabetics to better monitor and control their disease.

Fitbits already provide a treasure trove of user data that shows exercise levels, heart rate, and other important metrics, and Medtronic is one of the biggest makers of insulin pumps and glucose monitors. If the collaboration results in a product that diabetics can easily wear to track their blood glucose levels, and data from that device better informs doctors and patients on how best to treat patients, it could help reduce diabetes progression and ultimately improve patient outcomes.

Fitbit, however, isn't the only consumer electronics company that thinks there's a big opportunity ahead in using wearable devices to better manage diseases, including diabetes.

According to CNBC reports, Apple is working on a top-secret project that could eventually incorporate optical sensors into its Apple Watch. These sensors would be able to use light to penetrate the skin and measure blood glucose levels. Conceivably, incorporating continuous glucose monitoring into the Apple Watch would significantly reduce the need for finger sticks, and if the Apple Watch is ultimately paired up with an insulin pump, it could reshape diabetes treatment. 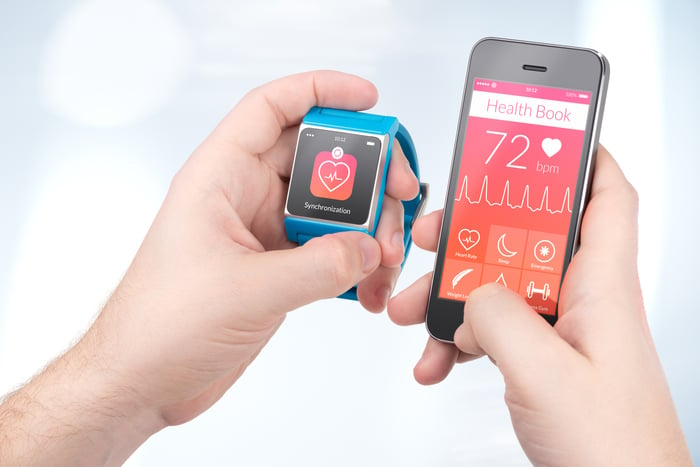 Medtronic's research (and its M&A activity) has produced big advances in tackling diabetes. The company's Minimed G70 became the first "artifical pancreas" to win FDA approval last fall, and it's rolling out to consumers this year. This device pairs up glucose sensors with an insulin pump that can automatically dose insulin depending on the sensors readings. It's a major advance in treatment that hints at what diabetes care might look like in the future as wearable technology gets increasingly more sophisticated.

Therefore, while obstacles still stand in the way of efforts by Fitbit, Medtronic, and Apple to take diabetes monitoring and treatment to the next level, evidence suggests it's only a matter of time before wearable technology is commonly used in treating diabetes.