The executive mostly validates prior rumors with a few vague statements.

While Apple's automotive efforts have effectively been an open secret for years, this is one of Cook's first public acknowledgements. Contrast the admission with how Cook coyly shrugged and grinned when asked point blank on 60 Minutes if Apple was building a car. About six months ago, Apple did confirm in a letter to NHTSA that it was investing in autonomous vehicle technology, but didn't provide much detail beyond that. In April, Apple obtained a permit from the California DMV to begin testing autonomous cars.

With that context in mind, what new information did Cook reveal? 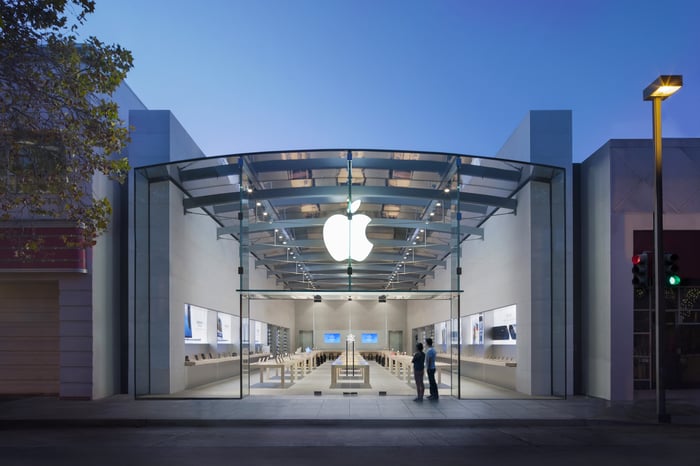 A few vague statements that mostly validate prior rumors

Cook corroborated prior reports that Apple was pivoting its automotive strategy away from actually designing and manufacturing a car (presumably via contract manufacturers, which only play a small role in the automotive industry), and was instead concentrating on self-driving software. He said that Apple is "focusing on autonomous systems" and considers self-driving software "a core technology." Cook characterized the project as "the mother of all [artificial intelligence] projects," adding that it's "probably one of the most difficult." (Separately, Apple is reportedly developing its own dedicated AI processor as its silicon strategy becomes increasingly sophisticated.)

Cook also touched on "a major disruption" on the horizon: the culmination of autonomous cars, electric vehicles (EVs), and ride-sharing. These are "kind of three vectors of change happening generally in the same time frame." Regarding EVs, the executive noted, "It's a marvelous experience not to stop at the filling station or the gas station." (Does he drive an EV?)

Of course, Cook declined to provide any details regarding actual products, or even what overarching strategy the company may take with the autonomous technology that it's developing.

To partner, or not to partner? That is the question.

Apple faces a fundamental dilemma that shakes some of its core values in its attempts to approach the automotive market. The company has only dabbled with hardware partners a handful of times over the past four decades (the Mac clones of the late '90s, the doomed Motorola ROKR, etc.) with no notable success stories. It always prefers to make products with deeply integrated hardware and software, but there's a dearth of vertically integrated automakers; the automotive value chain has continued to fragment over the past century after decades of outsourcing and increased component modularity.

The prospect of getting into automotive manufacturing would essentially ruin Apple's capital efficiency metrics, since the industry is known as "a destroyer of capital." Apple can either do something it hates doing (partner with someone else), or it can pursue the financially unappealing alternative (enter auto manufacturing). Meanwhile, the industry continues to push autonomous driving forward on its own, with manufacturers developing in-house technology while suppliers like Delphi Automotive work on turnkey solutions.

There are no easy answers here, but investors will find out -- eventually.