The power producer business is in rough shape, so Calpine Corporation may be looking for a way out.

Shares of power producer Calpine Corporation (NYSE: CPN) jumped 26% in May, according to data provided by S&P Global Market Intelligence, after word leaked that it's looking into a sale.

The Wall Street Journal reported (linked article requires subscription) on May 10 that Calpine has hired investment bank Lazard to look into a sale of the entire company. Some private equity firms have reportedly expressed interest, although it's uncertain how much they would be willing to pay given the company's nearly $12 billion debt load. 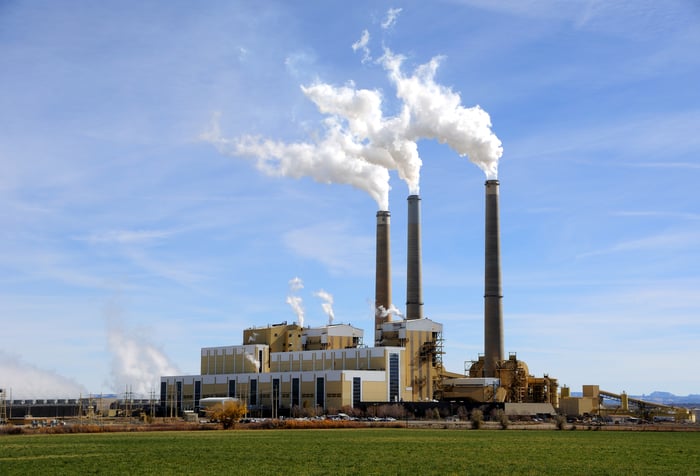 Independent power producers have been hit hard by falling wholesale prices as wind and solar have taken over peak hour demand and abundant natural gas has pressured older coal plants. And there's no telling if or when the dynamic will turn around, which is why Calpine may be looking for a sale.

It's one thing to say you're up for sale, and another to close a deal. And the price investors may be willing to pay is very uncertain given the fact that Calpine's own guidance calls for just $78 million to $228 million in net income in fiscal 2017. The current market cap of $4.8 billion makes the company expensive given its debt load, and a big risk for any private equity investor. Calpine may want to sell, but I'll remain skeptical until we see some firm bids emerge.

Energy Transfer Supercharges Its Ultra-High-Yield Payout Again. Is It a Good Buying Opportunity?
405%