The energy infrastructure company continues to invest millions in growing its oil output despite weaker prices.

While Kinder Morgan (KMI 2.48%) is a natural gas pipeline company at its core, it also produces a lot of oil. In fact, it was the 13th largest oil producer in the state of Texas last year. It's a position the company has attained by investing billions of dollars in expanding its oil business over the years, including spending an unbelievable $265 million on oil growth projects last year, even though crude crashed to its lowest level in years.

That said, while Kinder Morgan's decision to invest in its oil business might seem surprising at first glance -- especially considering its overall focus on owning fee-based assets -- it really isn't when we drill deeper into the reason why it continues pouring money into that business. Fueling those investments is the fact that Kinder Morgan can still earn a very lucrative return from its oil business, which is why it plans to spend even more money on oil projects this year. 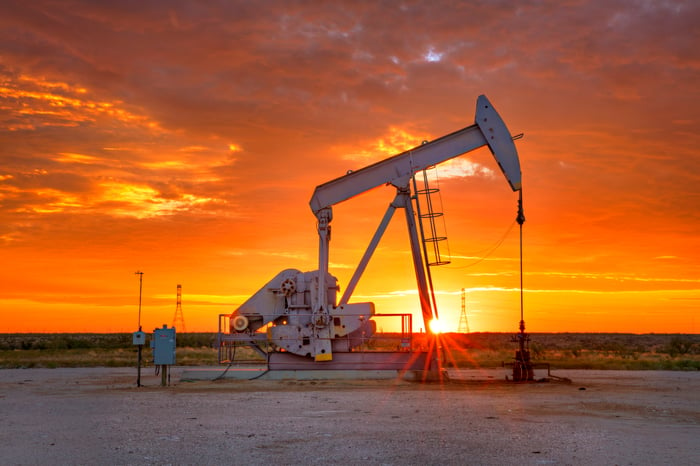 In 2016, Kinder Morgan spent $265 million on several oil projects in the Permian Basin of Texas. However, these projects weren't shale wells, which have been the target of drillers in recent years. Instead, the company invested its capital into legacy fields where it injects carbon dioxide to coax more oil out of the ground.

Overall, these investments enabled the company to produce 54,700 barrels of oil per day last year along with 10,310 barrels of natural gas liquids (NGLs) per day. While both numbers were down from 2015, that was by design, since the company deferred projects due to lower oil prices while also reallocating capital to higher-return projects that had longer lead times.

That focus on drilling for returns is what drives Kinder Morgan to continue investing money in this business. Last year, for example, investments in its carbon dioxide business earned it a 12.3% return on capital, all of which came from its oil business, since the company didn't invest in any growth projects in its carbon dioxide supply and transportation business. While that's down from the mid-20% returns the company had been earning in the segment before the collapse in oil prices, it still represented the second best result in the portfolio last year, just behind the 13.1% earned from growth projects in the products pipeline segment. Further, the returns were well above the company's average of 9.7% for the full year. 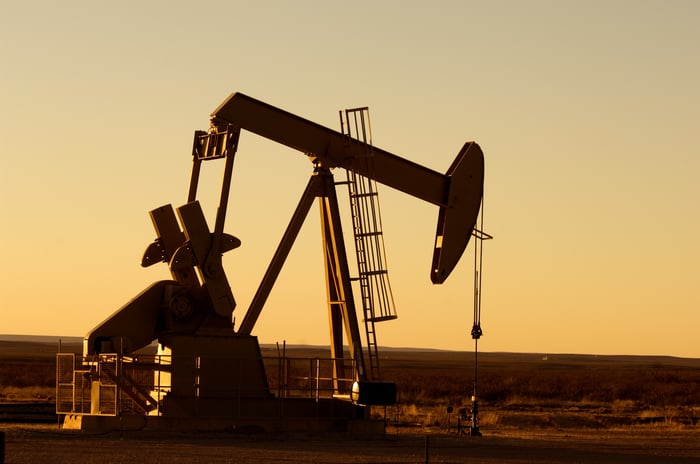 Ramping up to earn higher returns

Given how lucrative its oil business is even at current prices, Kinder Morgan will continue investing capital in growing the business, with plans to spend $321 million on oil growth projects this year. That planned capital spend is part of a five-year program to invest $1.1 billion into its oil business.

Fueling the decision to invest in its oil business is that the company can earn at least a 15% unlevered after-tax rate of return on new projects at around current oil prices. That is a higher rate than the company can make on a typical pipeline project, which is the reward for the increased risk of these investments.

That said, while Kinder Morgan targets a 15% return on new oil projects, it expects to earn well above that level on most of its projects this year. For example, the company's horizontal drain-hole program in its Yates field should make a 65% return at $50 oil. Meanwhile, its Tall Cotton Phase 2 should deliver a 32% return at $50 oil, while two of the projects at its large SACROC field can earn returns of 27% and 41% at that oil price.

Those are compelling returns for an oil investment in the current market environment. For example, only half of Encana's (OVV 5.60%) 20,000 future drilling locations meet its return hurdle to earn the designation of a premium return location -- which means the well can make a minimum 35% rate of return at $50 oil. Because of that, Encana plans to focus its capital dollars only on wells that can achieve those high rates of return. That said, despite limiting its available inventory, Encana's decision to drill for returns could fuel a 300% surge in its cash flow on just 60% more production by 2021, if oil prices average $55 per barrel.

Kinder Morgan, likewise, expects its oil investments to fuel higher cash flow in future years, even if oil prices remain weak. According to its current forecast, distributable cash flow generated from its carbon dioxide segment should bottom out over the next year at around $850 million, before topping $1 billion annually in 2020 once its current slate of growth projects come online. Meanwhile, if oil prices run up, this segment could potentially surpass the nearly $1.5 billion in cash flow it generated in 2014.

At first glance, it seems unbelievable that Kinder Morgan would invest any capital into its oil business given how far oil prices have fallen over the past few years. That's until we drill down a bit deeper into the returns the company can earn from this business, which are among the best in its portfolio. Because of that, these investments have the potential to pay dividends down the road by growing the company's cash flow, even if oil remains low.