Reports emerged last year that Microsoft (NASDAQ:MSFT) was seriously considering acquiring Slack, the hot start-up that took the enterprise messaging world by storm. At the time, the rumored offer could have been in the ballpark of $8 billion, rivaling some of the company's biggest acquisitions (like Skype for $8.5 billion). Instead, the software giant opted to develop its own competing messaging program in-house, which is a better decision in terms of capital efficiency ($8 billion is a massive amount of money). The result is Microsoft Teams, which recently became widely available.

It looks like Amazon.com (NASDAQ:AMZN) is now mulling a potential acquisition of Slack, according to Bloomberg. There are a reportedly few tech companies that are considering scooping up the start-up, but only the e-commerce giant is named specifically. This time around, we could be talking about a price tag of $9 billion, which would be Amazon's biggest acquisition ever -- by far. To date, Amazon's largest acquisition was Zappos for $1.2 billion in 2009, with the second-largest being Twitch for $970 million in 2014. 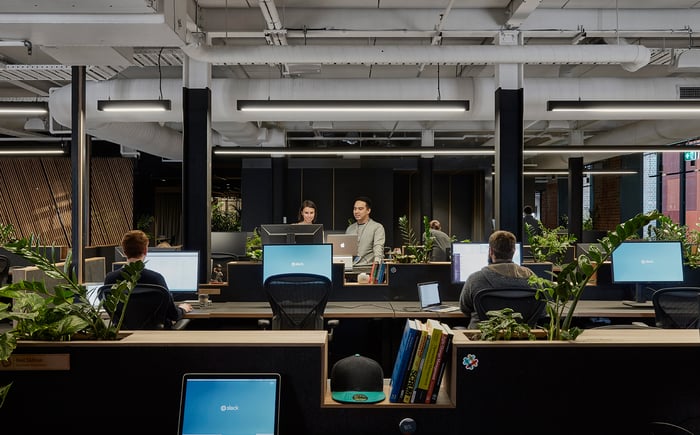 Where Slack could fit in

It may seem odd that an e-commerce company would be interested in enterprise messaging, but you have to remember that Amazon has been making inroads in the broader enterprise market for years with its hugely popular Amazon Web Services (AWS) division, providing cloud infrastructure and hosting services to companies large and small. Amazon has used AWS to get in the door, but continues to introduce ancillary and related services for things like data analytics (QuickSight) and videoconferencing (Amazon Chime), among others.

Slack also recently introduced Enterprise Grid, a more powerful version of its service that is intended to cater to larger organizations. Enterprise Grid likely creates some overlap in the customers that Amazon and Slack are chasing; many of these prospective Slack Enterprise Grid customers could very well already be AWS customers. 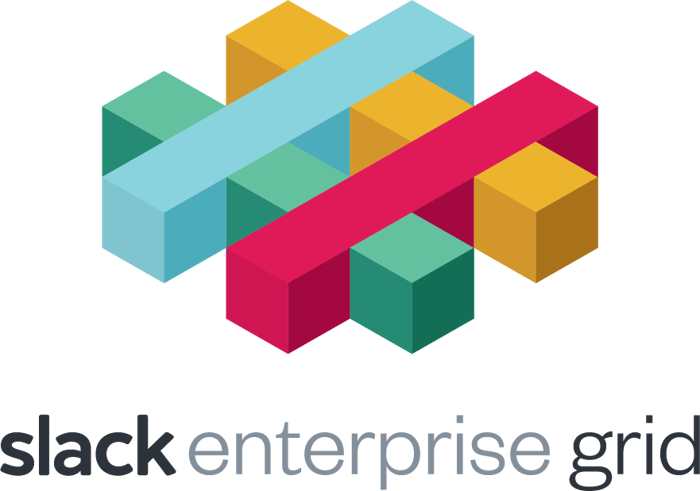 That's potentially where Slack could fit: within Amazon's growing portfolio of enterprise services. The cloud competition between Microsoft Azure and Amazon AWS has already been heating up, and will only escalate from here.

$9 billion is a ton of money -- possibly too much

The main reason I thought it was good that Microsoft never moved forward with its offer for Slack was the reported $8 billion price tag. Microsoft in particular has a poor track record with large acquisitions, which in many cases have resulted in enormous writedowns and impairments.

Amazon's track record may be better, but the reported $9 billion that's floating around is even more than the previous rumored price tag, and Amazon has even less experience in the enterprise, which underscores the difficulty it could potentially face in integrating Slack and justifying that premium. Simply put, as much risk as Microsoft would have taken on at $8 billion, Amazon would be taking on even more risk -- both financially and operationally.

At the end of last quarter, Amazon's balance sheet had $21.5 billion of cash and marketable securities and $3.8 billion in goodwill. An acquisition of this size would add quite a bit to goodwill, although it's not clear how much. To answer that question, we would need to know the Slack's net book value, which isn't available because Slack is a private start-up. What we do know, however, is that Slack's most recent funding round in 2016 valued the company at $3.8 billion (which still doesn't provide any indication of book value), so it's safe to say that a theoretical $9 billion deal would entail a hefty premium that would subsequently be allocated to goodwill.

This is easily the biggest concern that Amazon investors should have. Strategically, there doesn't seem to be any market that Amazon is unwilling to enter -- everything from live-streaming esports to fashion to cloud infrastructure -- so it shouldn't be that surprising that the company could add enterprise messaging to the list. Just hopefully not at a $9 billion price tag.