During a week when most online and offline retailers were quivering as Amazon.com's (NASDAQ:AMZN) voracious appetite for global domination got bigger, Wayfair (NYSE:W) stock actually moved higher. Shares of the online furniture retailer moved 8.7% higher last week, fueled by a bullish analyst move.

Piper Jaffray's Peter Keith jacked up his price target on the stock on Wednesday. He's pushing his price goal from $70 to $87, a big move for a stock that has been one of this year's biggest winners. Wayfair stock has more than doubled in 2017, soaring 117% year to date. 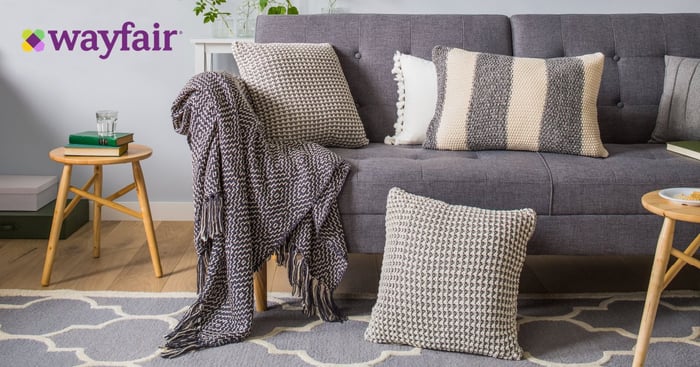 It wasn't all a love fest for Wayfair last week. Citron Research issued its latest bearish update on Friday, suggesting that the stock's near-term target is $50. Citron argues that Amazon's head-turning deal for Whole Foods Market illustrates how vulnerable Wayfair is these days. There's a big difference between kale and BarcaLoungers, but Citron argues that Amazon's push into physical retail is essential for groceries as well as furniture. Wayfair is incomplete, in Citron's eyes, when it comes to multichannel retailing.

Citron also took Piper Jaffray's Keith to task for boosting his target on the stock without mentioning Amazon in the report.

"Analyzing an e-commerce company without acknowledging Amazon is like writing about the 2017 NBA season and refusing to mention the  G.S. Warriors," Citron concludes.

It's not an entirely fair knock. Amazon has been selling furniture for a long time, and Wayfair is growing a lot faster than Amazon. Wayfair's revenue grew 50% last year, nearly double Amazon's 27% rate. One can also argue that if physical retail was critical to Wayfair -- a big assumption given the advantages of Wayfair's inventory-light current model -- that it would be easy and cheap to snap up a bricks-and-mortar chain in this highly fragmented niche.

Citron may still live to have the last laugh. Wayfair's stock price has outpaced its fundamentals this year, making it vulnerable for a correction. However, it's hard to justify dismissing Piper Jaffray's new price target or Oppenheimer's outright upgrade earlier this month just because Amazon is hungry for a bigger foothold in organic groceries. Wayfair has been able to establish itself as the only dedicated brand that matters in online furniture, and as a middleman offering more than 8 million third-party products it doesn't have to keep in stock it's just a matter of time before it turns the corner of profitability. Amazon is a threat that can't be taken lightly, but assuming that the dot-com juggernaut will render every other model out there obsolete has been dangerous to those short Wayfair stock this year.