It took more than 15 years to recover from the tech bust, but Oracle is back in gear. Find out how.

Database giant Oracle (ORCL 0.27%) is one of the leaders in the information technology industry, helping its customers manage their data for decades. The stock's rise from its 1986 IPO to the heights of the tech boom in 2000 was particularly impressive, but like many technology stocks, Oracle ran into what seemed like a crushing blow in the ensuing bear market and its aftermath. However, after 15 years, Oracle returned to all-time highs, and the stock now seems poised to push even further into record territory. Understanding how Oracle came back and what lies ahead for the database specialist could help you decide whether the company's shares belong in your portfolio. 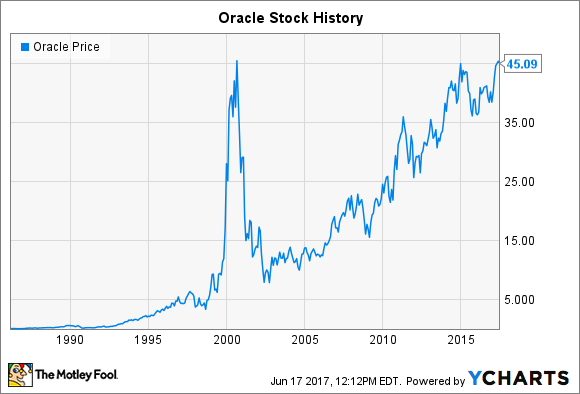 The first wave of Oracle success

Oracle was just one of many successful tech businesses in the 1980s. Taking advantage of the rise of the PC, Oracle co-founder Larry Ellison and his team created database programs that would bridge the gap between older mainframe computers and desktop machines. With its structured query language developments, Oracle revolutionized database management at a time when key customers needed those services the most.

Yet in 1990, Oracle made major mistakes that almost led to bankruptcy. The company posted losses, laid off almost half of its workers, and had to restate incorrect financial statements that had overstated its revenues. Class action lawsuits ensued, and Oracle stock eventually lost about 80% of its value.

In response, Oracle returned to its roots, seeking to develop new products that would keep the business moving forward. The release of next-generation relational databases got things moving forward, but the latter part of the decade saw Oracle start to look more closely at applications software. Investors were excited about Oracle's promise, but the release of its first applications suite unfortunately corresponded with the beginning of the tech bust in early 2000. 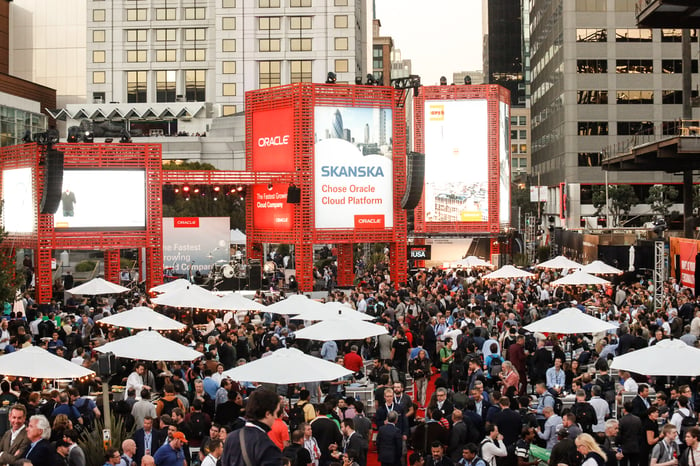 The fall and rise of Oracle in the third millennium

Oracle stock again lost as much as 80% of its value between 2000 and 2002, and it took a long time for the technology industry broadly and for Oracle in particular to rebound. The biggest way in which it did so was to make major acquisitions, taking advantage of tough conditions for its competitors. Some of the larger moves that Oracle made included the following:

With these purchases, Oracle got itself back on a growth trajectory. But it wasn't until recent years that Oracle made its most important pick-ups. The 2010 purchase of Sun Microsystems for $7.4 billion gave Oracle access to valuable Sun products, including its Java programming language and its MySQL database platform. Despite some challenges in integrating the two companies after the merger, Oracle was able to gain entry into new tech markets and compete more effectively against some of its rivals.

Most recently, the $9.3 billion acquisition of NetSuite helped bolster Oracle's presence in the fast-growing cloud-computing space. Along with it, Oracle hoped to get a greater proportion of its sales in the form of recurring revenue, moving away from the one-time payments that traditional hardware and software sales brought in. That's a trend that many of its competitors have followed, and Oracle's willingness to participate made shareholders even more excited about the company's prospects, helping to lift the stock even further.

What's ahead for Oracle?

Now that it's picked up momentum, Oracle isn't slowing down anytime soon. The company has done a good job so far of shifting away from its previous hardware focus to emphasize its software and services offerings, and the revolution in cloud computing and data analytics have presented unique opportunities for Oracle. With the NetSuite acquisition already starting to pay off, Oracle hopes to make an even bigger impression in the tech world in the years to come.

Oracle is a giant in the tech world, and it has done well in staying relevant and not letting changing conditions in information technology make it obsolete. If anything, Oracle seems better positioned than it has in years to take full advantage of current tech trends and join in the industry's growth prospects for the foreseeable future.