Shares of HR support and payroll software specialists Automatic Data Processing (ADP -1.61%) and its archrival, Paychex (PAYX -1.68%), are both up modestly since the year began -- not a lot, just a little. But even so, Goldman Sachs thinks it's time for investors to quit while they're ahead and begin pulling back on both stocks.

This morning, Goldman Sachs announced it is canceling its buy ratings and downgrading shares of both ADP and Paychex to neutral. Here are three things you need to know about that. 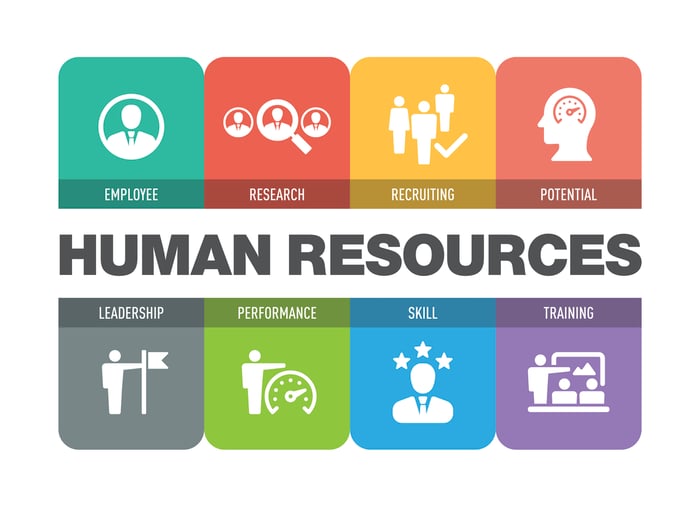 1. What Goldman Sachs used to think

Seven months ago, with the memory of President Trump's electoral college victory fresh in its mind, Goldman Sachs was singing an entirely different tune, and upgrading both Automatic Data Processing stock, and Paychex stock, too, on faith that an economic recovery was at hand.

As StreetInsider.com (requires subscription) wrote at the time, small business sentiment had been on the rise ever since "the election. Job creation plans increased from a net 9% through November 8 to a net 23% after the election." That was obviously good news for HR support firms like ADP and Paychex, and Goldman Sachs predicted these firms would be "among the main beneficiaries of potential tax policy changes proposed by the Trump administration and [interest] rate hikes."

On the one hand, lower taxes would immediately benefit the companies' bottom lines. At the same time, higher interest rates (which sound bad on the surface) would actually be a benefit to firms like ADP and Paychex, boosting their returns on their bank deposits. Goldman estimated that every 1% hike in national interest rates would boost ADP's net profit by 2.3%, and add 3.7% to Paychex's bottom line.

Based on those assumptions, seven months ago, Goldman Sachs predicted Automatic Data Processing stock would be going to $114 per share within 12 months, while Paychex stock would be headed to $68. Accordingly, the analyst upgraded Paychex to buy, and ADP to "conviction" buy. But while both stocks have progressed toward their respective goals, Goldman is no longer convinced they're going to get the rest of the way there.

3. What this means in dollars and cents

Accordingly, Goldman Sachs is walking back its earnings estimates and cutting its price targets (and ratings) as well. Although Goldman still sees ADP earning $3.70 per share this year, it's subtracting a nickel from next year's estimates (now $3.95 per share) and $0.15 from 2019 estimates (now $4.40).

Goldman's new prediction of a $64 stock price for Paychex leaves less than 5% upside in the stock -- not enough to merit a buy rating in Goldman's view. Similarly, Goldman now sees ADP stock rising from today's $103 share price to just $108 per share over the next 12 months -- also a 5% rise. Still, while it's no longer recommending buying ADP and Paychex, Goldman Sachs still thinks the stocks are worth holding onto.

The real question for investors is this: ADP stock currently sells for 26.7 times trailing earnings, while Paychex stock is even more expensive at 27.4 times earnings. Yet according to Goldman's latest estimates, ADP earnings will grow less than 14% this year, while Paychex earnings will rise by a mere 9% -- and then the growth rate of both stocks will slow dramatically in 2018.

Goldman Sachs thinks those collapsing growth rates still merit hanging onto these very expensive stocks. Personally, I'd be downgrading both ADP and Paychex, too, but I'd be taking them down a whole lot more than just to neutral.

Is Paychex Stock a Buy?

How Paychex Can Face ADP's and Intuit's Threat
413%