A terrific earnings report lifted the open-source software vendor's stock to prices not seen since the dot-com bubble.

Red Hat's first-quarter sales increased by 19% year over year, landing at $677 million. On the bottom line, adjusted earnings rose 11% to $0.57 per share. Analysts would have settled for 6% earnings growth on 14% revenue gains. 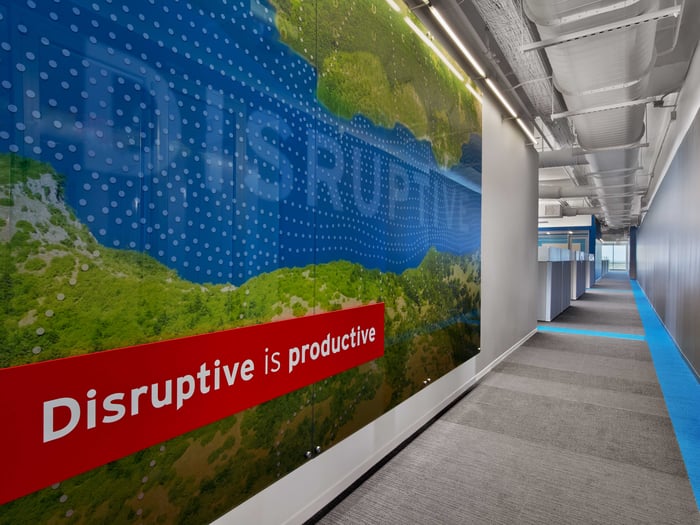 The company's success was broad in the first quarter, with roughly equal contribution from all geographies and technology platforms. All of the top 25 support contracts that were up for renewal this quarter were renewed at an average premium of 20% above the existing deals. Order flows were particularly strong from government and financial services clients, followed by solid growth in the retail and healthcare sectors.

Analysts followed up with a plethora of upgrades and raised price targets as Red Hat's fundamental strength showed a path to sustained long-term growth. The market response drove Red Hat shares to multiyear highs, dating all the way back to the dot-com bubble 17 years ago.