Once a casino is built, it spits out cash year after year. And now that cash is being used to pay dividends to the industry's investors.

The gaming industry has traditionally been a corner of the market that only the most risk-tolerant investors would venture into because it was full of highly leveraged companies that had an almost endless appetite to spend money on building more casinos. In the U.S., the 1980s through the mid-2000s saw a huge expansion in Las Vegas' gambling market as MGM Resorts (MGM 1.98%) and Caesars Entertainment (CZR) built and acquired new properties, and Wynn Resorts (WYNN 1.73%) and Las Vegas Sands (LVS 2.60%) built their own corners of The Strip.

But in the last few years, Wynn, Las Vegas Sands, and Macau-based Melco Resorts (MLCO 0.76%) have become steady dividend payers, and it could be argued that MGM should begin paying a dividend soon, as well. And it's worth analyzing why casino owners are such solid dividend payers in 2017. 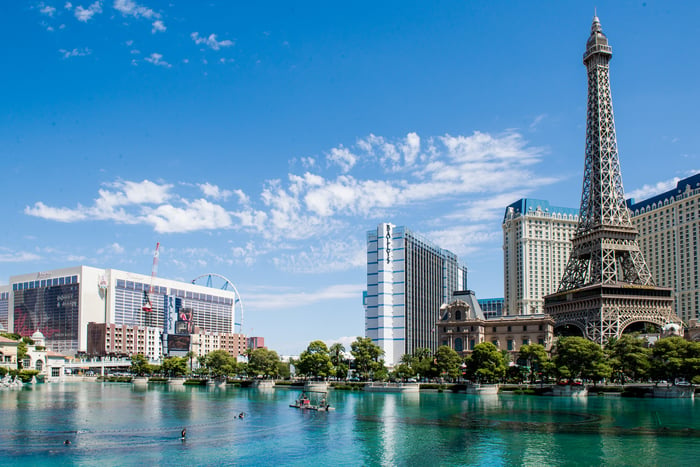 The casino model is built for dividends

Casinos are great cash-flow businesses because most of the expenses come upfront when multi-billion-dollar resorts are built. Once they're complete, casino companies can use the cash they generate to expand, pay down debt, or return money to shareholders. Below, you can see that the Las Vegas Sands, Wynn, and MGM are all generating well over $1 billion in annual cash from operations, and Las Vegas Sands is generating over $4 billion. 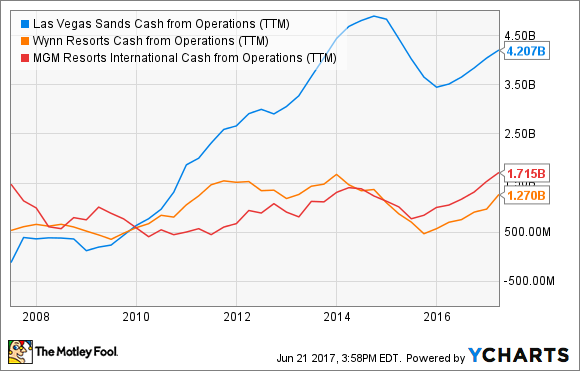 In the past few decades, most of that cash flow would be plowed back into growth projects like building new resorts. Below, you can see that Wynn's construction of the $4.4 billion Wynn Palace in Macau has been costly, and MGM's construction of National Harbor, MGM Springfield, and MGM Cotai has cost billions. But look at what happens when growth options are few and far between, like it is for Las Vegas Sands. Very little of the cash being generated each year has to be put back into building new resorts. 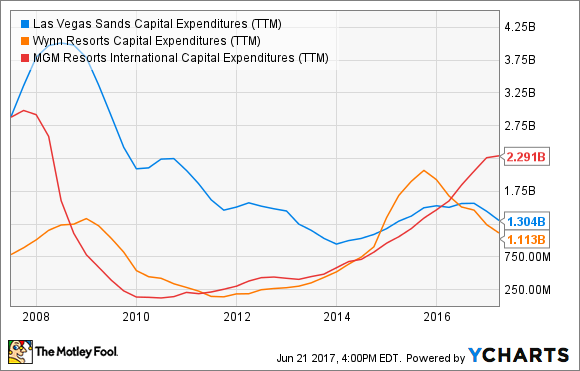 This is notable because Las Vegas hasn't seen a new megaresort in nearly a decade, and large gaming markets like Singapore and Macau limit the number of casinos that can be built. When MGM Cotai is complete, there won't be a new megaresort from Las Vegas Sands, Wynn, MGM, or Melco Crown in Macau for years. Outside of a few small projects, capital spending will go down, but operating cash will keep coming in. And it has to go somewhere.

Gaming companies have options when billions in cash is coming in and very little is going out in the form of capital expenditures. They can pay down debt, or they can pay dividends, or buyback shares. But paying down debt is no longer as urgent a priority as it may have been a decade ago. 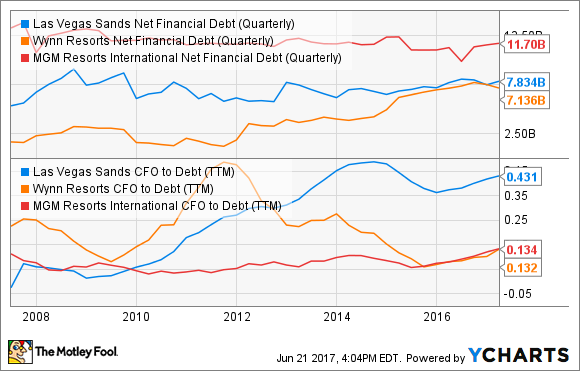 Las Vegas Sands has just $7.8 billion in net debt compared to $4.2 billion of operating cash coming in each year. It's no wonder the company pays $2.92 per share in dividends right now because CEO Sheldon Adelson can keep debt levels where they are indefinitely, using cash to pay himself a huge dividend (he's the largest shareholder).

Wynn and MGM's debt levels look more worrisome compared to cash flow, but remember that Wynn Palace just opened up, and when fully operational, it could generate $1 billion or more in cash each year. MGM Cotai will open later this year and should generate between $500 million and $1 billion in cash. Wynn already pays a $2 per share dividend annually, but if MGM finds itself generating well north of $2 billion in cash with $11.7 billion in net debt, it could use cash to pay a dividend rather than paying down debt, or expanding.

Investors who love dividends should be looking for companies that generate cash continuously and don't need to plow that money back into sustaining their businesses. With casinos, once the casino is built, there's relatively little capital spending needed for property upkeep. And a resort can last 30 years, 40 years, 50 years, or more before it's obsolete, or torn down to build the next megaresort.

Now that gaming companies are past their years of multi-billion dollar expansions, and debt levels are manageable, this is an industry that's become very attractive for dividend investors. And I think the dividends investors are getting now will only grow in years to come.