Wal-Mart Stores, Inc. (NYSE:WMT) said it would acquire upscale men's clothing retailer Bonobos for $310 million. The move was puzzling to many Bonobos customers, some of whom left angry responses to the announcement on Twitter, saying they would boycott the brand and thought Wal-Mart, which is known for cheap clothing and low prices, would ruin it.

But those protesters misunderstand the nature of the deal. Rather than being lumped in with Wal-Mart and everything it stands for, Bonobos will be overseen by Jet.com founder Marc Lore on the Jet.com side of the business as it becomes the latest "digitally native vertical brand" to join Wal-Mart along with ModCloth. Both ModCloth and Bonobos products will be sold on Jet.com in addition to their own websites. Wal-Mart has also acquired e-commerce sites ShoeBuy, Hayneedle, and Moosejaw, though the distinction between those and ModCloth and Bonobos is that the latter two sell their own branded products.

Lore has been focused on adding e-commerce brands in "long-tail" sectors like apparel, which he sees as the next big growth market in e-commerce, as does Amazon with its focus on fashion. According to Wal-Mart's own statement, the company aims to add "best-in-class owned, vertical consumer brands" and build expertise in key long-tail categories like apparel and home.

Expertise may be the key in that statement, as Wal-Mart, after dominating the low-end retail market for so many years, is now focused on more premium products through Jet.com as it looks to expand its market. 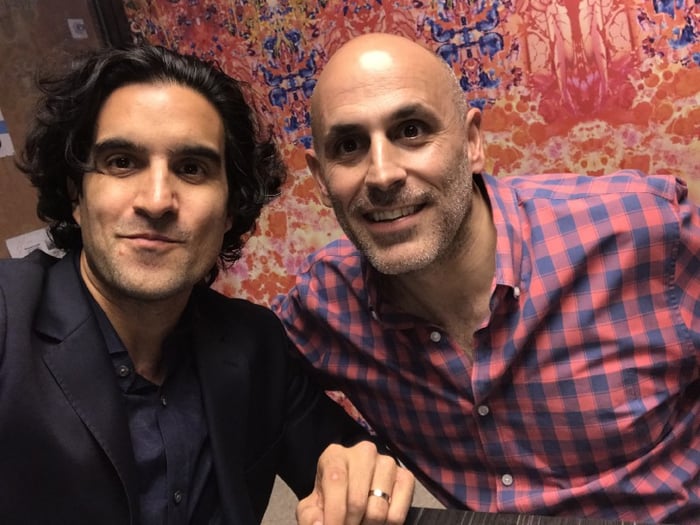 It's all about talent

Just as Wal-Mart acquired Jet.com in part to bring e-commerce mastermind Marc Lore into its ranks, the Bonobos acquisitions brings founder and CEO Andy Dunn on board at Wal-Mart, where he will oversee the company's collection of digitally native vertical brands. It seems like Lore is looking to build a team, rather than just a stable of brands.

In a blog post, Dunn said that Lore had been a mentor of his for a long time, and called him "the most ambitious and innovative e-commerce entrepreneur on the planet." Dunn was optimistic about what he and Lore could accomplish with Wal-Mart's backing, saying the two had a "mind meld" on how brands and platforms will develop in the fast-evolving e-commerce space.

Bonobos is the fifth e-commerce brand acquisition Lore has spearheaded in less than a year with Wal-Mart. His mission is to drive e-commerce growth and challenge Amazon.com. The value Jet.com brings to Wal-Mart is that while the retail giant has dominated groceries and commodity goods, its brand image has undermined its website with more premium brands, which are reluctant to sell on Wal-Mart. Jet.com gives the company the opportunity to do that, and it is notably searching for brands that have not sold on Amazon. In addition to accelerating delivery on Wal-Mart and offering new promotions like a pickup discount, and even testing employees making deliveries, Lore seems focused on building the Jet.com site into its own e-commerce powerhouse.

Adding a popular brand like Bonobos that's exclusive to Jet is a good first step in that mission. But Amazon's blockbuster deal in the grocery industry and its decision to lower Prime rates for those on public assistance shows that Amazon could become Wal-Mart -- a mass merchandiser selling everything including groceries -- before Wal-Mart can turn into Amazon -- a dominant e-commerce retailer with the competitive advantages that go with it.

One thing is clear for Lore and Wal-Mart: The company can't stand still and expect to keep Amazon at bay. Look for more acquisitions like Bonobos in the near future.