When Momo (NASDAQ:MOMO) first made its move into live video streaming, it limited content to online concerts and music shows in a professional studio environment. Shows were broadcast live up to four times daily. The company then opened the platform up to more parties, expanding beyond music until April 2016 when the service welcomed all users. However, its roots were in music, and the company is looking to beef up its viewership with the introduction of the "Momo Music Plan". 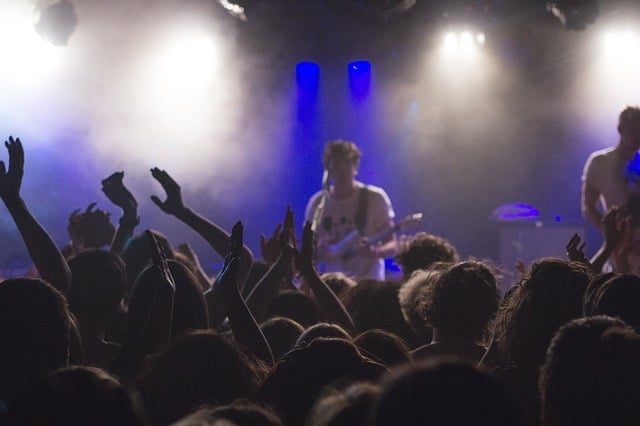 BMG, the global music publisher behind acts such as Black Sabbath, Andre 3000, and Bruno Mars, recently announced a partnership with Momo to develop music talent from the top artists on Momo's popular live-streaming app. The partnership was announced at an event in Beijing where artists on Momo's Golden Chart performed. The Golden Chart consists of top earners on Momo, which according to the company, earned 115 million yuan ($16.8 million USD) in 2016. Momo and BMG will partner with two other entertainment companies to provide vocal training, dance lessons, and business coaching to the winner of a contest between the Golden Chart performers. The competition and the training will be streamed on the Momo app, where fans will get a chance to vote for their favorite act.

In a prepared statement, Momo CEO Tang Yan had this to say about the partnership:

As the world's fourth biggest music publisher, BMG is home to rich music production resources and boasts abundant experience in music creation. This will add international contents and outlook to the entertainment business of Momo. Momo is also looking forward to creating fascinating cultural contents and values for domestic music market. We fully believe that there is still large room for the future collaboration between BMG and Momo.

According to reports, Momo will spend just $1.5 million on the partnership with BMG. This appears to be a very low-risk investment for an event that has the potential to increase engagement and add users to the already popular Momo app. The company currently boasts 85 million monthly active users, of which 4.7 million are paying members. Payments are given to artists via virtual gifts which can be converted to cash. The revenue from the gifts is split between Momo and the content creators. In the first quarter of 2017, the company generated $265.2 million in revenue with 80% of that from live video. The business is still in its infancy as the year-over-year growth rate for the first quarter was 421%.

PricewaterhouseCoopers estimates more than 200 million people in China have used live video services. With 730 million internet users, investors should expect that number to increase. Additionally, Credit Suisse estimates the live-streaming market in China to grow to nearly $6 billion by the end of 2018, nearly the size of China's entire movie box office. However, Momo will have to be resilient to expand on its early success in the competitive space. There are currently more than 200 apps offering live video, including competing offerings from China's biggest social media giants, Tencent and YY.

Given that we are in the early innings of the live video opportunity in China, investors should expect the market to consolidate. At the same time, with billions of dollars up for grabs, there's also room for more than one winner. If Momo can drive user growth with engaging content like the Momo Music Plan, it will create an early advantage as being the go-to app for live video.