Good and bad news for the retail industry: Another competitor filed for bankruptcy last week.

Gymboree, the children's clothing store, filed for Chapter 11 bankruptcy protection this month, while it tries to resuscitate its struggling business. While this likely means more vacant real estate, it could ultimately benefit some clothiers and other competitors that are in better shape.

Gymboree, privately owned by Bain Capital since 2010, said its sales declined 6% and ran up a loss of $325 million during its last quarter. As a result, the company filed for bankruptcy protection in hopes of eliminating some $900 million of its $1.4 billion in debt.

Additionally, the company will look to close down at least 375 and as many as 450 of its locations, which currently number 1,281. Freshly appointed CEO Daniel Griesemer, who came over from Tilly's not long ago, is tasked with navigating the debt restructuring and right-sizing the physical store presence.

Overall, 2016 was a bad year for brick-and-mortar stores, and the trend has resumed unabated so far this year. Gymboree joins a growing list of struggling clothing and fashion companies, but the bleeding has been widespread across the retail industry. Here are just a few:

As painful a year as it's been, it's not like the clothing business is disappearing. Clothing for kids derives benefit from the obvious fact that kids grow for about two decades, creating recurring revenue that keeps on giving –- assuming people keep having kids. So are they?

Population growth in the U.S. is estimated at 0.8% according to the World Bank, netting a new member of society about every 13 seconds. That's well over 6,000 new kids needing clothes every day. If demand isn't the problem, then what is? 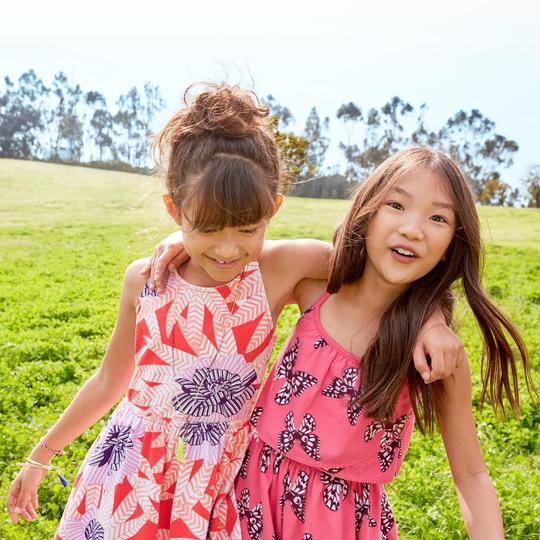 The internet has been the problem, at least for those companies that haven't been quick enough to realize the shift in shopping preferences. The convenience factor and ability to research price has eliminated some of the need for brick-and-mortar stores, but it has not eliminated demand. Case in point is one of Gymboree's competitors The Children's Place (PLCE -2.29%).

The company has been closing stores since 2013, having reduced the number by 149 to a grand total of 1,033 at last count. An emphasis was placed on digital sales, and the results have been in direct contrast to those of its competition. Last quarter, comparable sales were up 6.1%, and revenue and profit have been on the rise -- the stock has nearly doubled over the last few years. 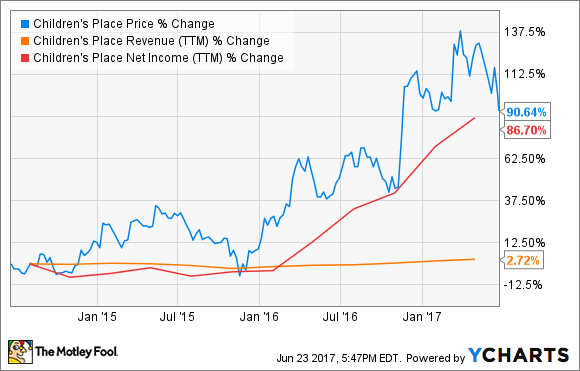 Migrating to a new era of retail

The accelerating closure of many stores may be alarming, but it is necessary pain as we enter a new era of consumer habits and digital shopping. Gymboree's store closures will not only benefit direct competition like The Children's Place, but it will also help the retail world overall adjust to the right mix of physical and online store presence.

The main takeaway for investors is to mind the trend: technologically superior retail chains are winning the battle against those that have been late to evolve. The retail stocks you own should have a digital transformation strategy underway.