Please ensure Javascript is enabled for purposes of website accessibility
Log In Help Join The Motley Fool
Free Article Join Over 1 Million Premium Members And Get More In-Depth Stock Guidance and Research
By Maxx Chatsko - Jun 26, 2017 at 8:12AM

The current thinking is that toxic pollutant legal cases are behind the company. But recent developments hint they may just be getting started.

It has been a fantastic year for specialty chemical manufacturer Chemours (CC 1.03%). The stock is up 67% year to date. Part of those gains is due to improving market conditions for its leading product groups: titanium dioxide and fluoroproducts. The company increased manufacturing volumes and prices in the first quarter of 2017, which pushed operating income for the period higher than the previous eight quarters combined. Not bad.

The other part of the stock's gain this year is owed to the removal of legal uncertainty. In February, Chemours and DuPont (DD) announced they had reached a $670 million settlement with thousands of residents in Ohio and West Virginia relating to chemical pollution of waterways. While that's a relatively large amount, investors and funds were fearing a much larger financial agreement in the court battle that lasted over a decade, which had put downward pressure on the stock. Now that the issue is resolved, and market conditions for its lead products are improving, Wall Street doesn't appear to have any reservations.

Unfortunately, that is probably all about to change. 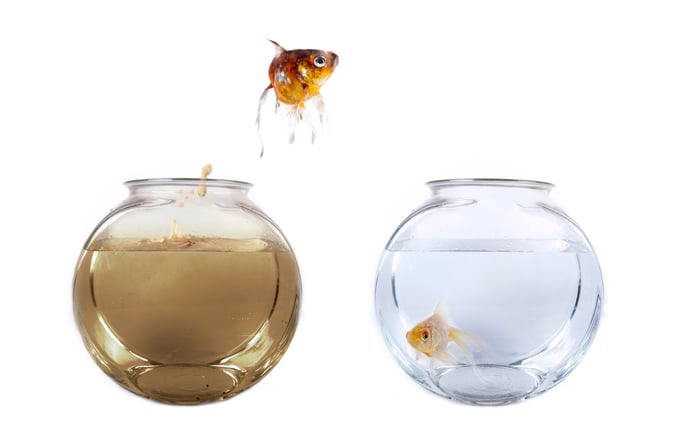 The legal settlement centers on a highly toxic chemical known as PFOA, which was previously used in the United States to manufacture various fluoroproducts, including the famous non-stick coating Teflon. While it had been used since the 1950s, it only drew the scrutiny of scientists and public health officials in the last 15 years. It has since been strongly linked to a host of health issues including pregnancy-induced hypertension, kidney cancer, testicular cancer, thyroid disease, ulcerative colitis, and even high cholesterol. The lawsuit was specifically for the company's Washington, West Virginia, fluoroproduct facility, which is one of nine in the United States operated by Chemours and one of 18 it owns globally.

The U.S. Environmental Protection Agency eventually took action, essentially forcing American chemical manufacturers to stop using PFOA by the end of 2015. It also set a recommended exposure limit in drinking water to 0.07 parts per billion. To put that -- and the dire health concerns of PFOA -- into perspective, the EPA exposure limit for lead in drinking water is 15 ppb.

While it's another unfortunate example of the unknown risks of legacy chemicals from the 20th century that are rarely tested by the EPA, Chemours and DuPont have Wall Street thinking that the legal settlement announced in February is the end of the story. After all, they say they no longer use nor create PFOA during the manufacturing of fluoroproducts.

A report in a local newspaper in North Carolina should make investors begin to reconsider the risks posed to the business from its fluoroproducts manufacturing operations, which make significant contributions to the overall business.

On June 22, the Port City Daily shed more light on an ongoing dispute between the EPA and a chemical manufacturing site in Fayetteville, North Carolina, that is discharging high levels of PFOA into the local waterways. Three companies share a wastewater facility and wastewater permit at the site: Kuraray, DuPont, and Chemours. In fact, there's only one pipe discharging processed water from the site into the local waterways, which is making it difficult to tell exactly who is responsible.

Some simple deduction points a finger in one direction. DuPont is only listed on the permit because it was the predecessor to Chemours, which still manufactures fluoroproducts at the site. Meanwhile, Kuraray acquired laminated glass manufacturing facilities at the site from DuPont, but those production processes don't use PFOA, according to the company. That only leaves one possible polluter.

This may be a "he said, she said" dispute at the moment, but even if Kuraray is the culprit, in the end, Chemours investors shouldn't breathe a sigh of relief just yet. There are two reasons.

First, Chemours and DuPont could still face legal cases for other fluoroproduct manufacturing sites in the United States or elsewhere in the world, namely in Europe, Brazil, and Asia. The $670 million settlement reached in February only covered one manufacturing site. 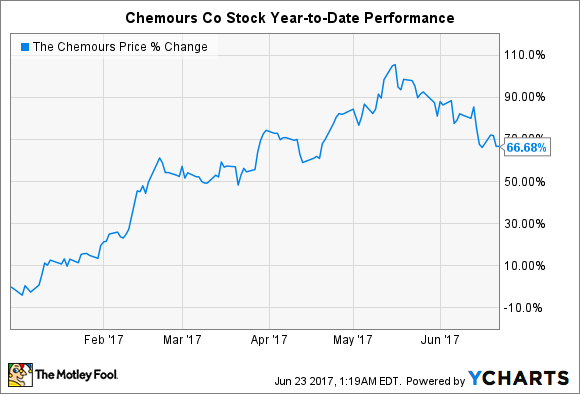 Second, the Cape Fear Watershed in North Carolina -- where the Fayetteville site discharges water -- has become a hotspot for studying the new chemicals being used to replace PFOA. For DuPont and Chemours, that's usually a chemical they call GenX, which is similar to PFOA and not as well studied.

What is available in the scientific literature isn't adding up very favorably for Chemours. Scientists from respected universities and the even the EPA have found levels of GenX in Cape Fear that greatly exceed levels of PFOA (which still exceed EPA-mandated limits). While research on the possible health effects of GenX is underway, it has demonstrated toxicity in lab animal studies that warrants additional study. The EPA even raised concerns about the chemical, stating that it "will persist in the environment, could bioaccumulate, and be toxic to people, wild mammals, and birds" based on its similarities to PFOA. Yet, the agency approved it for use anyway and currently does not impose drinking water limits for GenX.

Should that happen in the future, DuPont and Chemours could be on the hook for additional fines and legal liabilities. The latter's fluoroproduct business could also face increased competition if consumers and customers decide to turn away from the unique class of chemicals. Given their importance and (as of today) unmatched properties, that could be a long shot without harsh restrictions handed down by the EPA or international treaties (which already exist for fluoroproduct precursors). Then again, there is a precedent for eliminating toxic and environmentally harmful industrial chemicals on a global scale. PFOA and its replacements harm both.

The incredible toxicity of PFOA has brought increased regulatory and scientific scrutiny to fluoroproducts and the chemicals used in their production. With multiple studies underway researching potential links to Gen X and health issues and the similarities to PFOA, investors should know that the odds of additional hefty fines or legal settlements are much greater than zero. Wall Street isn't currently pricing this additional risk into the stock, but I wouldn't want to be a shareholder when analysts wake up and see storm clouds on the horizon.