If you haven't invested in freight and logistics stocks yet, you could be missing something big. Freight and logistics companies, after all, move the economy by facilitating the transfer of goods from one place to another via rail, trucks, ship, and air. If these companies were to stop hauling freight, the economy would come to a standstill. Investing in such pervasive and ubiquitous stocks, therefore, shouldn't be a wrong move.

In fact, there couldn't be a better time to buy freight and logistics stocks thanks to the e-commerce boom. Amazon.com (NASDAQ:AMZN) wouldn't have taken of as an online bookstore if there weren't any companies to manage the logistics and delivery of books to end consumers. Between then and now, Amazon's business has expanded exponentially, so much so that the e-commerce giant has already made inroads in its own freight forward and logistics service.

While there are several freight and logistics stocks to choose from, three, in particular, make for compelling buys right now: XPO Logistics (NYSE:XPO), FedEx (NYSE:FDX), and Air Transport Services Group (NASDAQ:ATSG). Here's why. 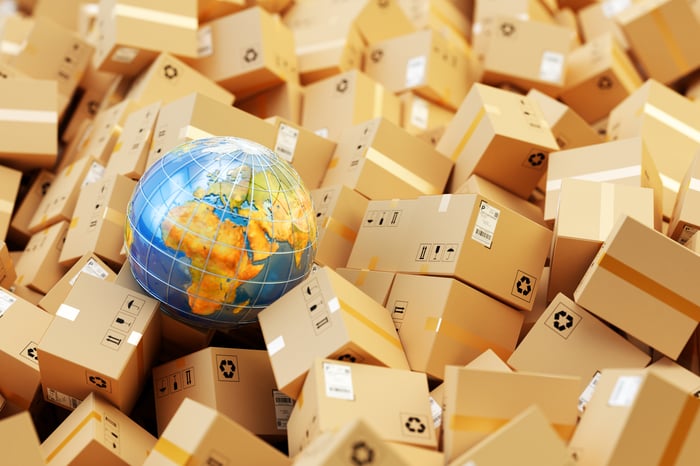 What a comeback it has been for XPO Logistics -- after losing 35% value in 2015, the stock is now up a staggering 130% in the past 18 months, as of this writing. One chart reveals what sent XPO shares flying: 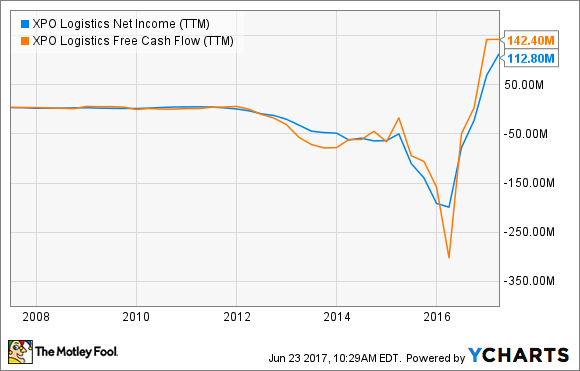 From a loss of $245.9 million in FY 2015, XPO Logistics swung to a profit of $63.1 million last year and generated twice as much in free cash flow. Look closer at the chart, and you'll also realize that XPO was either incurring a loss or was barely profitable for several years. That means 2016 was also XPO's biggest year since 2011 -- also the year Bradley S. Jacobs took over as the CEO. A three-pronged approach helped XPO pull the growth levers:

XPO's best move, however, was to combine its last-mile and less-than-truckload networks which now lines up with the entire e-commerce value chain, right from picking a product from the manufacturer to delivering it at the customer's doorstep. Today, XPO is the leading last-mile logistics provider for heavy goods in North America. That's a huge competitive advantage at a time when e-commerce entities are betting on last-mile deliveries. In fact, I wouldn't be surprised if Amazon ropes in XPO as it pushes aggressively into heavy-goods categories like furniture. 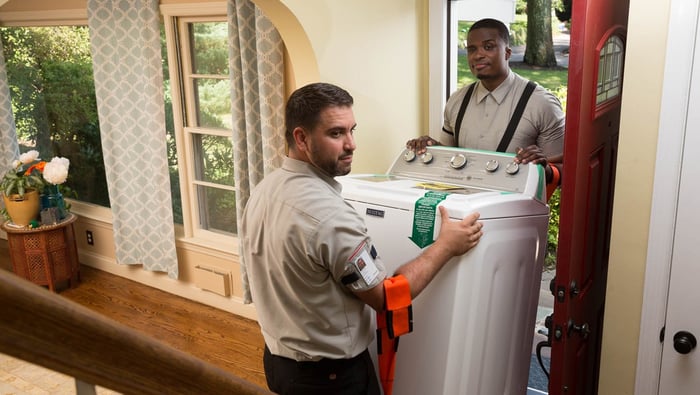 According to industry publication Transport Topics, XPO Logistics emerged as North America's largest logistics company in terms of revenue in 2016. There's a big chance the company could retain the top position in coming years thanks to e-commerce opportunities and management's intent focus on growth.

FedEx: Amazon is an opportunity

FedEx just released its fiscal 2017 earnings report, and it's good enough to silence critics that had sounded the warning bell for the package delivery giant after Amazon' entry into logistics. FedEx reported record volumes for the year as its express segment -- which accounted for 56% of its revenue last year -- continues to grow, ground segment is gaining traction, and recently acquired TNT Express is adding to its top line. FedEx now projects its adjusted earnings per share to grow 11% at the midpoint in FY 2018.

FedEx is doing a lot of things right to tackle competition, including process automation, modernization of air fleet, and expansion of its drop-off and pick-up location network. The last one is a particularly smart move as it's a direct attempt at advancing last-mile capabilities. Investors may recall that FedEx teamed up with Walgreens earlier this year to access its chain of nearly 8,000 drug stores for drop-off and pick-up services mainly for FedEx Ground and FedEx Express.

FedEx is, otherwise, primarily a "business-to-business" service company as CEO Fred Smith recently revealed during an earnings call, so e-commerce could be considered more of a growth opportunity than a threat for now. Long term, FedEx's key financial goals include minimum operating margin of 10% and annual EPS growth of 10%-15%. I believe focus on automation and last-mile opportunities are just two of the things that could steer FedEx toward its goals and propel its shares higher.

ATSG shot to fame early last year when Amazon struck a deal to lease 20 Boeing 767 freight converted aircraft from ATSG for five to seven years via its Amazon's Fulfillment Services to support Amazon Prime deliveries. As part of the deal, Amazon also got warrants to acquire 19.9% stake in ATSG over a five-year period. Days after the announcement, Amazon bought 9.99% stake in ATSG. Not surprisingly, ATSG shares have been on fire, surging almost 73% in just the past one year. The momentum, however, is here to stay.

The real deal is that ATSG is more than just an air freight company -- it doesn't just lease aircraft but also provides aircraft and crew maintenance, support, and insurance services. Sensing huge growth potential ahead, ATSG recently acquired aircraft conversion company PEMCO and is now expanding in the U.S. and China. Just a couple of months ago, PEMCO secured a three-year contract from Frontier Airlines to maintain its 60-plus Airbus A-320 fleet. 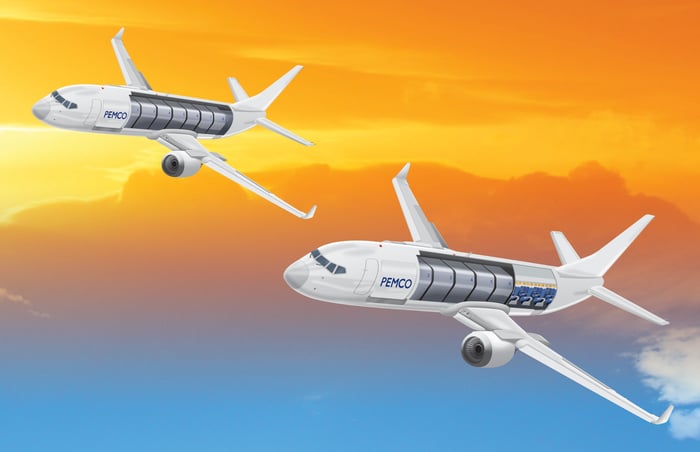 ATSG is firing on all cylinders from an operational standpoint, having recently reported 22% higher profits and 34% higher revenues for its last quarter. This comes after a strong FY 2016 when ATSG grew its revenues by 24%, though its profits took a hit on expenses incurred for expanding its workforce to fulfill commitments under its agreements with Amazon and others.

Even as ATSG explores growth opportunities within the air freight and services space, it could become an acquisition target some years down the line given its relationship with Amazon. Of course, I'm just speculating, but ATSG's growth prospects for now are good enough to woo any investor with a long-term view.