The American beer industry is undergoing a sea change. Is Molson Coors built to thrive in it?

Molson Coors (TAP -1.70%), the brewing company behind beer brands Miller, Coors, and Molson Canadian, underwent a financial transformation over the past year. The company's revenue nearly doubled and its profit has risen more than 400% since the summer of 2016, after the acquisition of the MillerCoors business. Here's what happened and how the change will affect shareholders. 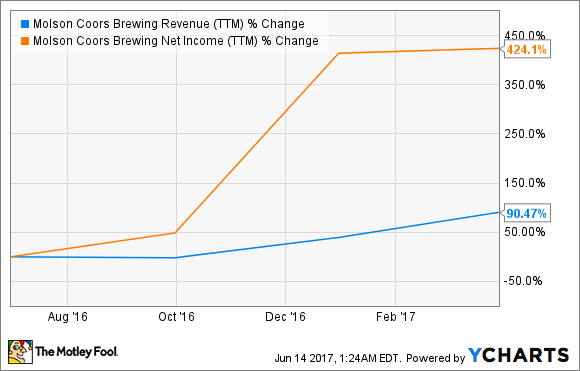 Consolidation and expansion at the same time

In allowing the world's largest beer maker, AB InBev (BUD -0.38%), to purchase SABMiller last year, federal regulators required SABMiller sell its 58% interest in MillerCoors. That joint venture, which SABMiller and Molson Coors made in 2008, is now under the sole control of Molson Coors after a $12 billion transaction. 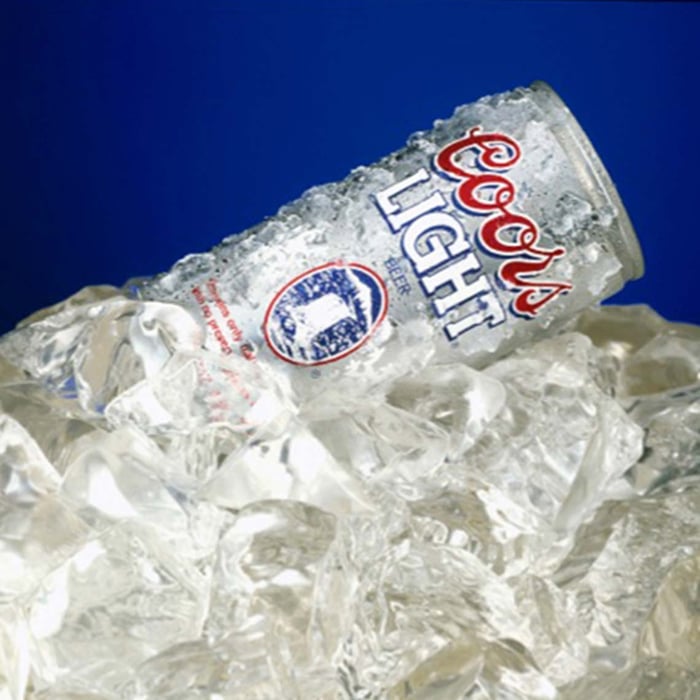 The deal made Molson Coors the largest brewer in the U.S. and the third largest in the world, behind reigning heavyweight AB InBev and second-place Heineken (HEINY -0.04%). Molson Coors share prices rocketed more than 50% at one point as arrangements for the sale were being made. 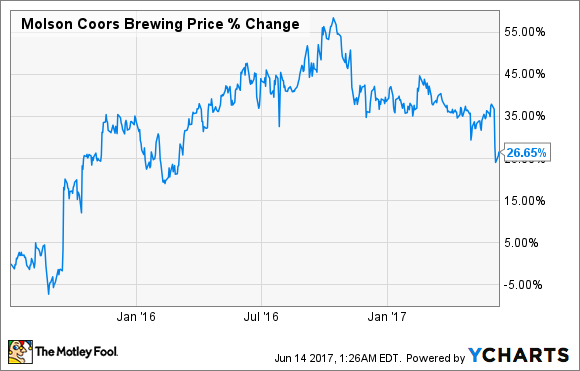 But at the same time big beer is consolidating, smaller brewers are popping up across the country. In the past few years, the number of breweries has more than doubled, according to the Brewers Association industry trade group. That has hurt sales growth for Molson Coors and its big peers, but the consolidation has been paired with another strategy that's helping offset declines.

Now in the driver's seat of the Coors and Miller brands in North America, Molson Coors also has full control of both companies' mass-produced beer brand portfolios outside the United States. Many of those brands hold the top spot or are close to the top in European countries.

Molson Coors also owns the Tenth and Blake Brewing Company, the largest U.S. craft brewer. Pickier beer drinkers may debate whether a company owned by a mass producer is worthy of being called "craft," but Molson Coors picked up on the trend toward "better" beer and started up the division back in 2010. A few acquisitions later, the company is now the biggest smaller-batch producer stateside. Is your favorite on the list?

After its acquisition of all of MillerCoors and subsequent increase to sales and profits, Molson Coors has a strengthened position to capitalize on the U.S. beer market. Even after the rise in the stock, the price-to-earnings ratio based on the last 12-month period sits at 9.6. By comparison, Heineken is at 16.1 and AB InBev at 83.2 -- although the company's forward price-to-earnings (based on estimated earnings) is at 23.4 as profits rebound after the big SABMiller merger from last year.

I think more telling, though, is Molson Coors' price-to-book value, which measures the ratio of share price to a company's assets minus liabilities. The lower the ratio, the less an investor is paying for the business. In this case, Molson Coors is substantially cheaper than its two big-beer rivals. 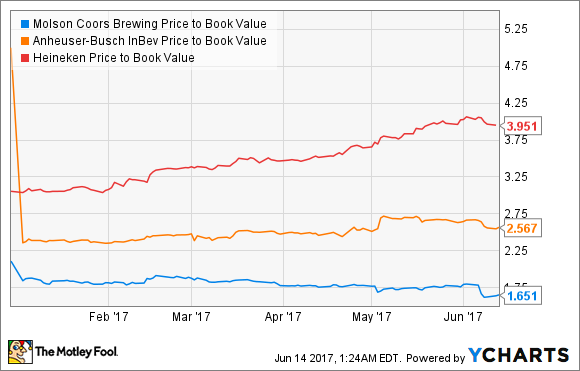 It's also worth mentioning that Molson Coors stock pays a 1.8% dividend at the current stock price. That isn't as much as some of its rivals offer, but it sweetens the deal. The long and the short of it here is that if you think big beer still has a place in the world, Molson Coors looks like a good bet right now. n

Should Molson and Anheuser-Busch Investors Brace for More Bad News on Hard Seltzer?
415%