Choosing not to decide is still a choice.

Altria Group (MO 0.82%) spun off Philip Morris International (PM 0.07%) nearly a decade ago, and over that span, the two companies have shared a lot of common ground even as they've also made independent strategic moves that have distinguished their different markets. Yet now, competitors Reynolds American (RAI) and British American Tobacco (BTI 1.39%) are looking to join forces through a merger that will combine Altria's No. 2 arch rival and one of Philip Morris International's largest industry peers worldwide. In that light, the biggest mistake that Altria and Philip Morris have made so far in 2017 is not to pursue a recombination of their own.

What made Altria and Philip Morris break up

The initial spinoff of Philip Morris International reflected the relative value investors were putting on the two businesses in the 2000s. At the time, the U.S. tobacco market was seen as mature, with little opportunity for future growth because of secular declines in smoking among Americans. By contrast, the international market had plenty of opportunities for growth, as a rising consumer class in many emerging-market economies pointed to greater prosperity and the potential for a rising population of smokers.

In addition, breaking Altria and Philip Morris into two parts insulated them from each other's prospective liabilities. The amount of high-profile tobacco litigation had diminished from the previous decade, but investors were still nervous about the possibility that a huge jury verdict could bring the tobacco industry to its knees. By splitting out the particularly litigious U.S. region from the rest of the world, many saw Philip Morris as the safer play despite its U.S. domicile leaving it open to lawsuits in its home country. 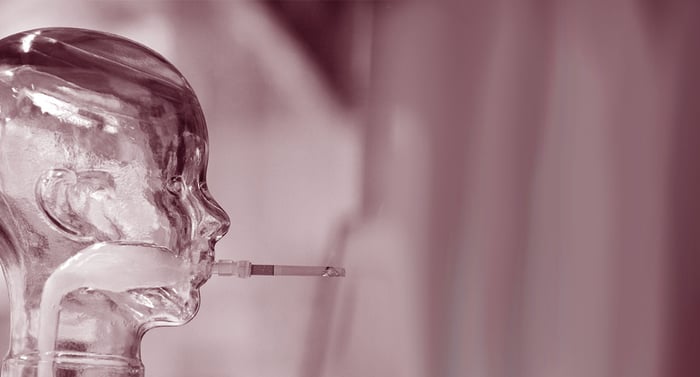 What Altria and Philip Morris have done since splitting

Since the Philip Morris IPO, the two companies have found some common ground but have also forged out in different directions. Philip Morris has been much more aggressive about the role of reduced-risk products in its long-term success, predicting that at some point, traditional cigarettes will become a thing of the past. Altria has also embraced cigarette alternatives, but it has also sought to aim toward the high-end consumer audience with its purchase of ultra-premium tobacconist Nat Sherman.

Even though the two companies have sought to maximize their own niches, they've still shared plenty of resources and insights. In particular, the partnership between Altria and Philip Morris for developing reduced-risk products has led to increased collaboration, both in terms of product development and for potential future marketing and distribution deals. The highest-profile arrangement has been the way in which Philip Morris and Altria have promoted the iQOS heat-not-burn technology, with Philip Morris applying for approval from the U.S. Food and Drug Administration and agreeing to allow Altria to have sole distribution rights for iQOS for the U.S. market if approved.

For insight on why it could be smart for Altria and Philip Morris to rejoin forces, take a look at the Reynolds-British American merger. BAT already held a substantial minority stake in Reynolds, but it believes that a stronger connection in its alternative-products portfolio will help it innovate more effectively. Uniting its brands under a single corporate umbrella worldwide will add some efficiencies, and cost-cutting opportunities will boost profit at the same time that product consolidation will make it easier to support optimal pricing.

Altria and Philip Morris could get some of the same benefits, but for a merger to work, the two companies would have to come to consensus about their joint long-term strategic direction. Altria has explored reduced-risk products, but its efforts have been more broadly spread across different types of products, including its MarkTen electronic-cigarette brands as well as the collaborative work it's doing with Philip Morris on heated tobacco and other alternatives.

One reason the deal hasn't happened is that its logistics would be challenging. Altria and Philip Morris are both large and have much closer market capitalizations to each other, requiring a merger-of-equals scenario that won't generate the same enthusiasm as an outright buyout offer. By contrast, BAT is considerably larger than Reynolds, and the stake BAT already has in the tobacco company made a buyout more manageable.

Nevertheless, Philip Morris and Altria have missed out by not considering a merger more seriously. With a primary competitor creating a global tobacco empire, Altria and Philip Morris will need to answer the call to retain their leadership positions within the industry.