Chances are if you say the words "small-cap stock" to an investor, they're going to take one step back and tell you to move right along. Small-cap stocks, traditionally defined as having a valuation between $300 million and $2 billion, usually get a bad rap because of their volatility and penchant for losing money compared to mid- and large-cap stocks. In other words, their relatively small valuation is a reflection of their businesses not being time-tested and/or profitable.

However, small-cap stocks can oftentimes become the greatest source of long-term wealth creation. The trick is in finding companies that have sustainable business models and exceptional long-term growth potential. While profit growth is far from the only factor investors should consider, it's often a really smart place to look when it comes to small-cap stocks. With this in mind, let's take a gander at four small-cap stocks that are on track to deliver at least 400% EPS growth, based on Wall Street's consensus estimates, between 2017 and 2020. 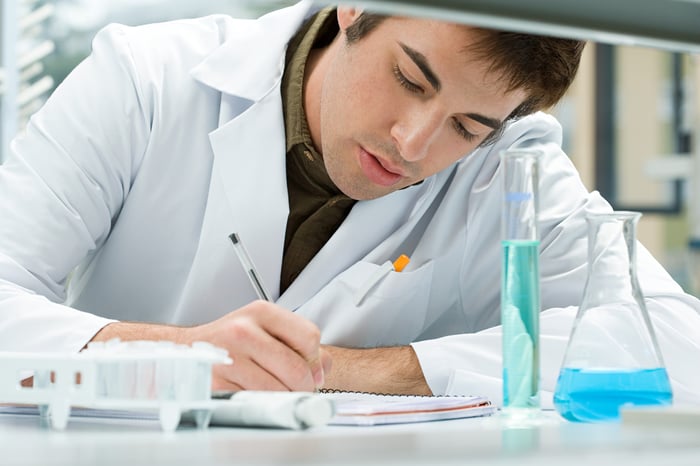 One of the fastest growing small-cap stocks over the next three years is Pacira Pharmaceuticals (PCRX 0.90%), a biotech company that's leaning heavily on the success of injectable surgical site pain drug Exparel. Exparel is a non-opioid injectable that's been shown to reduce cumulative pain score and decrease opioid consumption. Since 20,101 people died from opioid-related overdose in 2015, any drug that can effectively replace opioids is likely to see strong usage.

So why hasn't Pacira's stock shot to the heavens? In 2014, the company received a Warning Letter from the Food and Drug Administration (FDA) concerning Exparel's indications. This Warning Letter, which was later removed by the FDA, slowed sales of the drug before the regulatory agency upheld all of its given indications. Since this occurrence, Pacira has added oral surgery to its approved indications (on top of soft-tissue surgeries and orthopedic patients), and it's forged a co-promotional agreement with DePuy Synthes.

The result? A steady 6% sales growth in the first quarter to $69.3 million for the company, with the expectation from Wall Street that annual sales growth will reaccelerate to 20% per year through 2020. This is expected to take Pacira from an expected loss of $0.01 per share in 2017 to a profit of nearly $3.90 per share by 2020. Relying on a single drug is always a bit worrisome, but with its issues firmly in the rearview mirror, Pacira Pharmaceuticals is looking like it has the formula for success.

Another small-cap stock that could deliver surprisingly strong growth over the next three years on account of an expected rebound in its struggling business is car rental company Hertz Global (HTZG.Q). Shares of Hertz are down nearly 50% year to date, and they were recently clobbered after the company reported a greater-than-expected first-quarter loss.

What's wrong with Hertz? In short, investors are concerned that the highly indebted company will struggle as autonomous vehicles make their presence known, pushing car rental companies toward irrelevance. However, Hertz pushed back this week when it was announced that it had struck a deal with Apple to allow the tech giant to lease several Lexus SUVs for its autonomous-driving program. By aligning itself with companies at the forefront of the self-driving movement, Hertz should be able to boost its relevance once again.

Hertz is also in the midst of a restructuring effort that should pay long-term rewards. It's been expanding its presence in the non-airport rental space, which is far less crowded, focusing on ride-sharing partnerships that can be mutually beneficial for it and its partners, and working to improve its equipment rental services, which makes up a smaller component of Hertz's total sales. U.S. GDP growth would certainly suggest we're pointed in the right direction on the latter point. With Wall Street expecting a $0.50 per share loss in 2017, the $3.74 profit per share forecast by 2020 could have investors doing donuts in the parking lot. 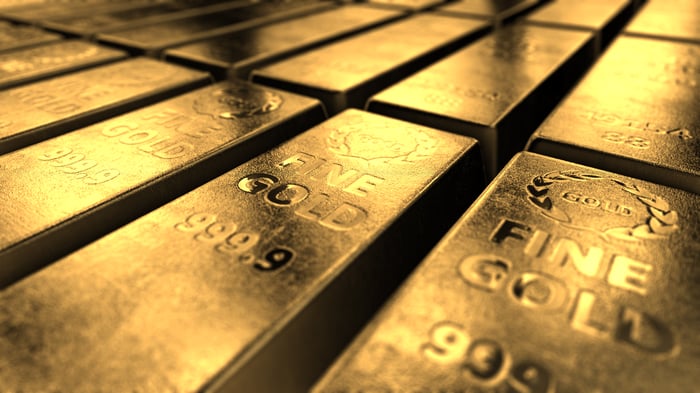 Surprise! A midtier gold-mining stock is also among the most robust-growing small-caps you can consider buying. Eldorado Gold (EGO 1.06%) is a company with assets in South America and Europe, but it's the company's Skouries mine in Greece that could really pack a profit punch over the years to come.

Once online, the Skouries mine is expected to have a 24-year lifespan and produce 3.1 million ounces of gold and 1.47 billion pounds of copper, which works out to gold equivalent production of both metals combined of 6.4 million gold ounces at a slightly negative operating cash cost. The low costs attributed to Skouries should make Eldorado one of the most efficient gold-mining stocks in the industry. Unfortunately, disputes and now arbitration between Greek regulators and Eldorado Gold have held up the development of Skouries on numerous occasions, leading to possible fluctuations in Wall Street's outlook.

Nonetheless, Eldorado has worked hard to centralize its focus on Europe and South America. It jettisoned its China-based mining assets recently, which helped the company turn a $300 million net debt position into a nearly $330 million net cash position. Considering that Wall Street expects Eldorado's full-year EPS to jump from just $0.06 in 2017 to $0.33 by 2020, it could be worth a look for more aggressive investors who aren't afraid of a little volatility. 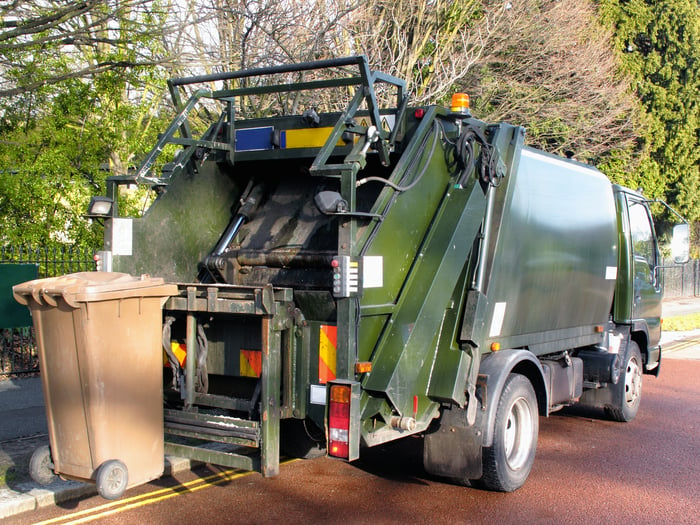 Finally, waste and energy solutions company Covanta Holding (CVA) could be an intriguing small-cap stock to consider. Like every small cap discussed above, it's run into a few roadblocks, but none that aren't impossible to jump over. For instance, in early February a fire at the company's Fairfax, Virginia, facility shut down operations and adversely impacted results. There has also been planned downtime at other facilities, resulting in a wider first-quarter loss.

Now for the good news: Covanta should soon be receiving insurance payments that'll cover the cost of the fire at Fairfax, and it'll soon move past planned downtime in select facilities. More importantly, it's jumped headfirst into the environmental solutions side of the business by beginning to process metals, and the construction of its Dublin, Ireland, facility is nearly complete. As of September 2016, 90% of processing capacity was already under contract at this new facility for an average term of nine years. Essentially, we're talking about very predictable cash flow for Covanta and steady growth in its processing capacity.

What Covanta Holding brings to the table is a service that covers a basic need. Because of that, Covanta has significant pricing power and long-term contracts that, as noted above, allow for a very clear picture of what future cash flow should be. Wall Street is counting on Covanta's full-year EPS to grow from a loss of $0.11 per share to a profit of $0.33 per share, bringing new meaning to the idiom: "One man's trash is another's treasure."