Which consumer products giant is the smarter play? Find out here.

Consumer products have been a lucrative way for businesses to make money, and household products specialist Kimberly-Clark (KMB -1.04%) and tobacco giant Altria Group (MO -0.34%) are among the most successful and well-known companies in the world. Featuring impressive dividends and long-term strategies for growth, both Kimberly-Clark and Altria have been rewarding for their shareholders over time. But for those looking at the stocks for the first time right now, the key question is which one makes the smarter stock pick in the current market environment. The following look at the two stocks should give you the information you need to make an informed decision that's consistent with your investing strategy and financial goals.

Looking at recent performance, Altria has done better than Kimberly-Clark. The tobacco company has posted gains of 14% in its stock price since June 2016, and that looks a lot better than the 2% rise in Kimberly-Clark stock over the past year.

Investors need to be a bit careful in looking at the relative valuations of Kimberly-Clark and Altria. Kimberly-Clark's trailing earnings multiple, based on its net income over the past 12 months, is currently 22, which is a bit high though consistent with the appetite for consumer stocks right now. Altria, by contrast, trades at just 10 times trailing earnings. However, the thing to keep in mind is that Altria's sale of its stake in SABMiller to Anheuser-Busch InBev (BUD -1.69%) gave the tobacco company's earnings a one-time boost, and that explains the valuation disparity.

When you instead look at forward earnings, the two stocks switch places. Kimberly-Clark is a bit cheaper on a future-looking basis, with a forward earnings multiple of just under 20. Altria trades at a forward multiple of slightly more than 21. That gives Kimberly-Clark the slightest of valuation advantages, although the difference is small enough to make it almost insignificant. 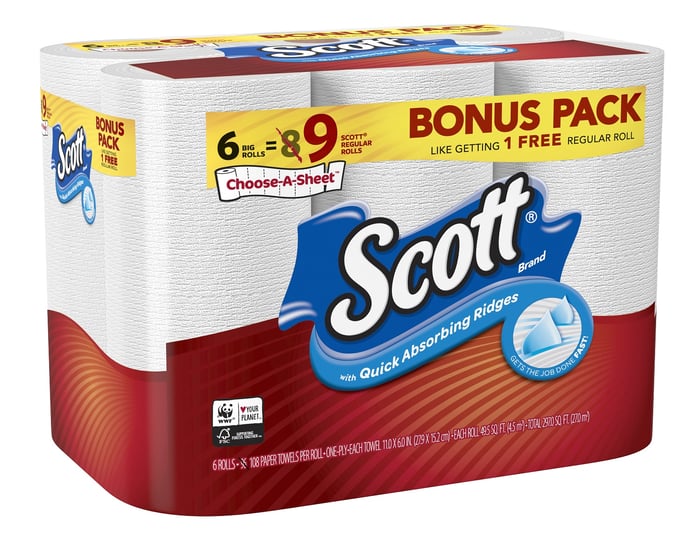 Both Kimberly-Clark and Altria have reputations for being good to their shareholders, and their dividend policies reflect that sentiment. Altria slightly edges out Kimberly-Clark in terms of current dividend yield, with a 3.2% yield from the tobacco specialist and a 2.9% yield for the household products manufacturer.

In addition, both Kimberly-Clark and Altria have long histories of boosting their dividends. Kimberly-Clark is a member of the Dividend Aristocrats, with 45 years of consecutive annual dividend increases. Altria doesn't make the Dividend Aristocrats list because of its multiple spinoffs over the period, but it has similarly made consistent annual increases in what it does pay out over the past half-century.

Future dividend growth is likely to continue. Kimberly-Clark pays out about 60% of its earnings in the form of dividends, giving it more latitude for increases in the years to come. Altria has an artificially low payout ratio currently, but even with future earnings expected to drop back to more normal levels, its payout ratio should also give it the ability to continue its long-term dividend growth strategy. Both companies look quite similar on the dividend front.

The key challenge for most mature consumer products businesses is how to keep finding growth. For Kimberly-Clark, the most recent quarter brought some surprises, including a decline in organic sales due to lower pricing and expectations for continued weakness in the U.S. market going forward. Instead, Kimberly-Clark will keep looking to developing markets to provide outpaced growth for the overall company, especially in China, where double-digit volume growth has been enough to outweigh declining product prices. Stronger performance in Latin America was encouraging last quarter, and Kimberly-Clark is also focusing inward by stressing cost controls in hopes of maximizing profit from the sales that it's able to generate. In the long run, it will take further work on Kimberly-Clark's pipeline of products in order to spur innovation and keep the company among the top global players in the industry.

Meanwhile, Altria has used its pricing power to prevent revenue from slipping, but sales volumes have been under pressure. Altria still believes that it can sustain long-term growth through its strategy of putting prices on its tobacco products that account for factors like falling volume demand and higher taxes, and thus far, the company hasn't hit the point at which it can no longer boost prices enough to keep its net revenue and profit rising. Efforts to look into modified-risk products are designed to make sure that Altria keeps up with changing consumer attitudes, but those efforts have been slow, and Altria maintains most of its exposure to the traditional cigarette market. Investors should watch consumer advocacy group efforts to hit Altria and its peers through health awareness initiatives and moves to spur more states to raise cigarette and tobacco taxes.

Altria looks like the better buy right now, because its efforts to keep its growth solid have been more successful than Kimberly-Clark's. With similar valuations and dividends, though, the two stocks are very close to each other. For those who are uncomfortable with tobacco investing, Kimberly-Clark finishes a close-enough second to justify a closer look as well.