Initially Walgreens Boots Alliance was going to pay $9.4 billion to buy Rite Aid, but the Federal Trade Commission (FTC) objected to combining these two large pharmacy players, so the deal was renegotiated to include the sale of 1,200 stores to Fred's Inc. (NASDAQ:FRED). As a result, the purchase price dropped to between $6.84 billion and $7.37 billion, depending on the final number of stores sold to Fred's. 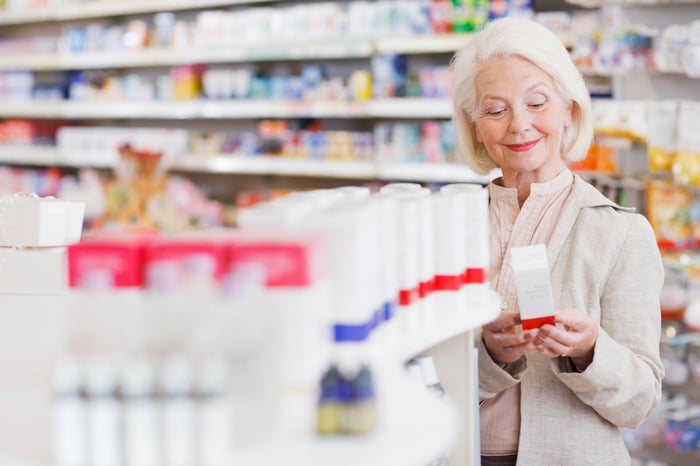 Unfortunately, that still wasn't enough to convince the FTC to OK the combination, so the merger has now officially been called off.

Plans to survive on its own

Although Rite Aid's market share will get smaller after it sells stores to Walgreens Boots Alliance, management believes it's going to be a lot healthier financially, and that will allow it to compete more effectively.

The ability to reduce its debt is a big reason behind that optimism. It hasn't specifically outlined what debt it will pay off first, but it has indicated that its senior debt would be the first to go. Rite Aid's debt totaled $7.3 billion as of March. A shift in its revenue mix and the potential to piggy-back on Walgreens Boots Alliance's purchasing power will also improve profitability.

Once its stores are sold, Rite Aid will get a much larger share of its revenue from its more profitable pharmacy benefit manager (PBM) segment, EnvisionRx. PBM revenue and EBITDA were $1.5 billion and $48.6 million last quarter, respectively, while retail store sales and EBITDA were $6.35 billion and $144 million, respectively. As a percentage of sales, EBITDA was 3.2% for its PBM business and 2.3% for its retail store business.

The PBM business will likely remain more profitable than Rite Aid's stores, but there is room for improvement there, too. As part of their deal, Rite Aid has the option to purchase products at equivalent prices to Walgreens Boots Alliance. Since Walgreens Boots Alliance is a much bigger company, leveraging its pricing power might offset the drag lower reimbursement rates are currently having on Rite Aid's in-store pharmacy profits.

Rite Aid's improved profitability should also allow it to refocus on remodels. Historically, stores its converted to its Wellness format have been better performers, and exiting this deal, 60% of its stores will operate under that format. Remodeling additional stores, kick-starting its in-store Redi-Clinic business, and investing in new ways to improve customer retention, such as expanded delivery, could all boost sales and earnings over time.

Rite Aid has a lot of catching up to do, but it appears management is less focused on retail store count than it is on profitability, and in my mind, that's a good thing. If it can execute on its strategy, it could see earnings per share reaccelerate from recent lows, and as a result, its shares could head higher. Of course, for any of this to happen, the FTC will have to approve this latest deal, and unfortunately, that's not guaranteed. For this reason, investors will want to keep close tabs on regulators over the coming months for clues as to whether or not they'll greenlight this agreement.