You can probably tick off reasons why not to buy Veeva Systems (NYSE:VEEV) stock without trying very hard. Some might say that the stock is bound to run out of steam after racking up gains of more than 50% so far in 2017. More could predict that gaining new customers in the life sciences industry will be more challenging in the days ahead than they've been in the past. Others could argue that Veeva's valuation is too pricey.

None of these arguments aren't without some merit. However, I think investors can still buy Veeva Systems stock and win over the long run. Here are three reasons why.

1. Still a lot of opportunity in its core market

Veeva Systems has made tremendous in-roads in winning customers in the global life sciences industry. However, significant opportunities remain for expansion in this core market.

As of Jan. 31, 2017, Veeva claimed 517 customers. According to professional services firm Jones Lang Lasalle (NYSE:JLL), there were over 20,000 life sciences establishments in the U.S. alone in 2014. While not all of these would necessarily be target customers for Veeva, many of them would be, as would a lot more in other countries.

A recent industry survey conducted by Veeva found that 99% of clinical operations professionals see a need to unify their clinical applications. Deloitte's 2017 global life sciences outlook report stated that the top action life sciences companies want to take to improve their business is to streamline processes. Both of these findings suggest that Veeva still has plenty of hay to make in its primary life sciences market.

2. Even more possibilities in other markets

While Veeva Systems continues to expand in its core market, the company is also taking steps to venture into other markets. Last year, Veeva stated its intention to grow beyond life sciences. In May, the company announced the first fruit from that effort by winning a contract with a top-five consumer packaged goods company.

Veeva's customer relationship management (CRM) software is built on the Salesforce.com (NYSE:CRM) platform. The company's agreement with Salesforce limits Veeva to only targeting biopharmaceutical companies. That restriction could certainly limit Veeva's growth into new markets if the company remains tied to the Salesforce platform.

However, Veeva's Vault products aren't CRM applications developed using Salesforce's platform. This opens the door for the company to compete in other industries -- and even go head-to-head with Salesforce.

The first two reasons why Veeva could go higher address concerns about how the company can keep growing revenue and earnings. However, they don't necessarily do anything to alleviate concerns about Veeva's premium valuation. Shares currently trade at at whopping 62 times expected earnings.

I would argue, though, that Veeva's current valuation probably won't be a barrier to the stock going higher. Look at Salesforce as a good case study. Its earnings multiple has been much higher than Veeva's forward earnings multiple for practically the entire time that the stock has traded. Veeva in several respects is like Salesforce in its earlier years.

Also, there's a great dynamic at work for Veeva that could help its valuation become less scary in the future. As the company gets more customer on its cloud-based applications, its profitability should increase. Note that Veeva's costs as a percentage of revenue for its subscription services are decreasing. That trend should continue. 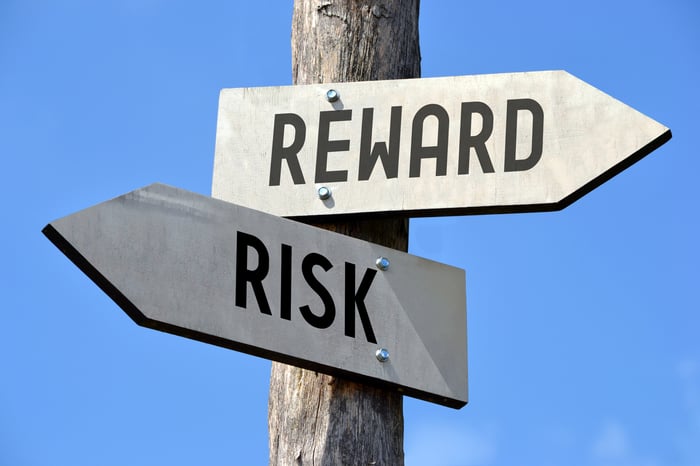 There are certainly risks to buying Veeva Systems stock. The company could face a steeper challenge in gaining market share in other industries than it expects. While Salesforce can't compete against Veeva in the life sciences market per the two companies' agreement, that doesn't mean that others can't or won't.

Any bump in the road could take a major toll on Veeva's share price. That's to be expected with a stock trading at a high valuation.

Still, I fully expect Veeva Systems to continue growing like crazy. I think it will maintain its dominance in the life sciences market and successfully edge into new markets over time. In my view, the potential rewards with Veeva outweigh the risks.