While the S&P 500 is in positive territory year-to-date, not every stock has benefited from the prosperity. In fact, shares of AmTrust Financial Services (NASDAQ:AFSI), Nabors Industries (NYSE:NBR), and Rite Aid (NYSE: RAD) have all been cut in half in 2017. Here's a look back at why the markets have thrashed these stocks this year. 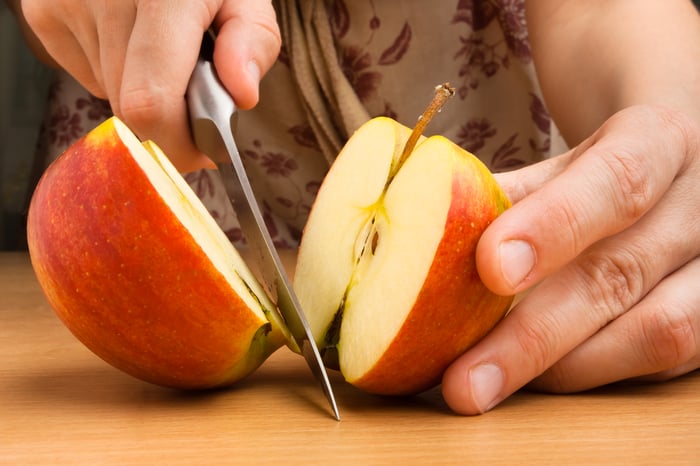 AmTrust's troubles kicked off in February when the company said that it needed more time to file its annual report. Management said the delay was caused by inaccuracies and weaknesses in its internal controls. What's more, the company said it would making corrections to its filings in prior years, too.

If that wasn't troubling enough, just two months later suspicions were raised about the company's accounting practices in The Wall Street Journal. The report was published by a whistle-blowing auditor and famed forensic accountant Harry Markopolos. That group believed that the company's accounting issues could have overstated operating income by as much as $277 million, which, if true, is troubling news.

AmTrust didn't do itself any favors when it released its first-quarter earnings report, either. The results badly missed the mark as EPS of $0.32 per share were about half of $0.60 that Wall Street wanted to see.

While AmTrust has made a number of moves recently to address its troubles head on, it isn't hard to figure out why investors have lost faith in this business.

A series of poorly received earnings reports have caused Nabors' stock to head in reverse throughout 2017.

The company kicked off the year with a tough fourth-quarter report that featured a $245 million charge related to asset impairments. While the charge caused net income to plunge, the company's results absent those one-time costs were mixed. Nabors' active rig count rose but those gains were offset by margin declines. Investors were less than thrilled with the news.

The company followed up that report with disappointing results in the first quarter, too. While demand for drilling activity is rising -- which in theory should be good for Nabors -- the company has been forced to spend heavily to reactivate its fleet. Those start-up costs are putting even more pressure on margins, so Nabors is still producing heavy losses.

On the plus side, the uptick in demand for drilling activity is likely to be a net-positive for the company once its fleet is fully up and running. Of course, the company is likely to continue setting fire to cash until that time, so this is a stock that investors should probably approach with caution.

Shareholders of retail pharmacy chain Rite Aid would be forgiven for assuming that 2017 was going to be a blissful year. Many thought that the company's pending takeover by Walgreens Boots Alliance's (NASDAQ:WBA) would finally close, which would reward long-term investors with a $9 share price for their patience.

That proved to be wishful thinking. Walgreens and Rite Aid wound up amending their agreement in late January to account for the store divestitures that would needed to be performed in order to appease regulators. The new takeover price would occur between $6.50 and $7 per share, depending on how many stores had to be let go. Understandably, this news didn't sit well with traders.

Things went from bad to worse over the next few months. An article was published in the New York Post stating that regulators were reaching out to Walgreen's vendors and competitors in an effort to gathering information that could potentially be used in a lawsuit to block the takeover deal. A few weeks later an article surfaced on Reuters stating that the Federal Trade Commission's staff was going to recommend to stop the deal in its tracks.

All of this added uncertainty has heavily impacted the company's share price. Shares are currently trading under $4 each, which represents a sharp discount to the $6.50 minimum buyout price. That hints that Wall Street has no faith in this deal ever going through. If that turns out to be true then Rite Aid will likely have a hard time continuing to compete on its own. That's why this Fool isn't interested in buying shares, even at today's discounted price.