Please ensure Javascript is enabled for purposes of website accessibility
Log In Help Join The Motley Fool
Free Article Join Over 1 Million Premium Members And Get More In-Depth Stock Guidance and Research
By Anders Bylund - Updated Dec 15, 2017 at 7:46AM

These top Europe ETFs can get you started in overseas investing. No need to fuss over individual stocks: Just pick a great European fund with a low expense ratio and you'll be on your way.

Exchange-traded funds, or ETFs, make it easy to invest in European markets without having to select Old World stocks by hand. To help you find the best ETF fund choices in Europe and start investing, here's a handful of the top Europe ETFs on the market today. Armed with low expense ratios and backed by the strongest countries in Europe, these European exchange-traded funds look like solid performers for the long run.

Five Europe ETFs by the numbers

Here's what you're really buying

These funds offer a variety of investing strategies. Each one is tied to an independently managed market index, which helps the funds keep their market research costs low. Furthermore, these well-known indexes tend to have low turnover among their ticker selections. Together, these attributes put a cap on the expense ratio for many exchange-traded funds, including the European picks seen above.

The Vanguard FTSE Europe ETF, for example, tracks the FTSE Developed Europe index. Managed by a subsidiary of the London Stock Exchange Group, this list covers large-cap and mid-cap stocks across developed markets in Europe, with a heavy emphasis on financial and industrial companies based in the U.K., France, Germany, and Switzerland. The fund comes with a razor-thin expense ratio, leaving most of the market returns directly available to investors.

The SPDR Euro STOXX 50 focuses on its namesake, the Euro STOXX 50 market index. Here, you'll find nothing but the largest megacap stocks in Europe, springing mostly from Germany and France.

The iShares MSCI Eurozone ETF closely follows the MSCI EMU index. It's a broad tracker, documenting the overall performance of European Union economies that have adopted the euro as their official currency. So you won't find any British, Swiss, or Swedish stocks here since those countries still carry their own non-euro currencies. We're back to France and Germany again, but with a larger selection of stocks from the consumer-goods sector.

There is also a currency-hedged version of the same index, known as the iShares Currency Hedged MSCI Eurozone ETF. This fund actually doesn't manage any stock holdings, but owns a large amount of the MSCI Eurozone sister ETF alongside a basket of currency-hedging papers. If you're more interested in investing in the European markets themselves without worrying too much about exchange-rate effects, these currency-hedged alternatives might be for you.

Finally, the tongue-twisting Barclays ETN + FI Enhanced Europe 50 ETN fund starts from a global market tracker known as the MSCI World Index, then whittles it down to the 50 largest European names on that list. Barclays charges a premium for that market-research legwork, but sometimes you get what you pay for. This ETF delivered a stunning 55% return over the last year. 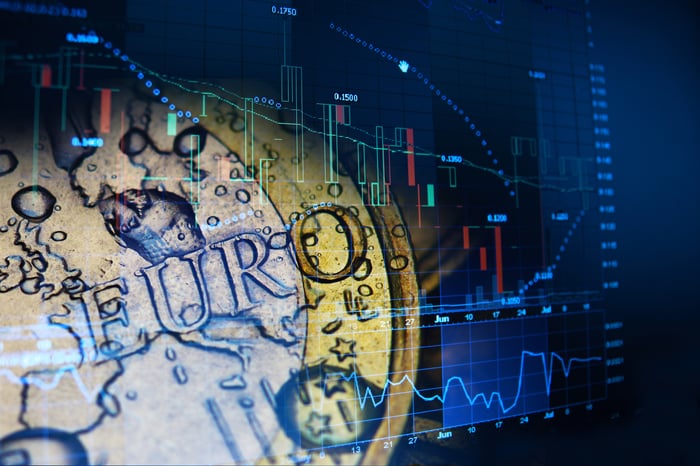 So the European ETFs listed here managed to keep up with the Dow in late 2016 and early 2017, but not so much over the previous two years. To many investors, that's nothing but a value-packed rebound in progress as Europe makes its way back from the Brexit, the Spanish and Greek meltdowns, and a generally weak euro in the mid-2010s.

Should Investors Look Beyond US Stocks For a Bull Market?