Etsy (NASDAQ:ETSY) has decided to make some big changes. After several years of fantastic revenue growth but continued struggles on the bottom line, the online marketplace for creative entrepreneurs parted ways with its management team and is cutting back on staff in efforts to reduce costs and streamline its focus. Here are the details shareholders need to know.

On June 21, Etsy announced it will be laying off 140 people, a roughly 15% reduction in its workforce. When combined with layoffs announced in May, that brings the total to 230 eliminated positions, or 22% of Etsy's employees. Most of the layoffs will be at Brooklyn headquarters.

Rank-and-file employees aren't the only ones affected by change. Etsy has a new CEO, Josh Silverman, who took the reins in May after Chad Dickerson stepped down. That followed the hiring of a new chief financial officer, Rachel Glaser, in April. Chief Technology Officer John Allspaw, along with Dickerson, remained at Etsy in an advisory role through the end of May then left the company.

Simultaneous with the changes at the top, Etsy's board of directors launched a review of 2017 growth estimates and tasked the new leadership team with transitioning the business to a new phase of growth. 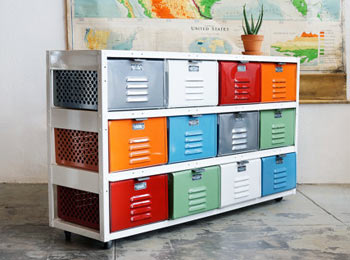 The quick changes reflect a cultural shift at Etsy. It seems the art and creativity will be reserved for users of the online marketplace as the layoffs reflect a refocusing on the highest-growth areas so as to deliver value to shareholders. Managements says those areas of priority are enhancing site searches, making better use of marketing expenses, and making better seller marketing tools.

Silverman had this to say in a press release that announced the latest layoffs:

By focusing on our 'vital few' initiatives, we will be a more disciplined company that is better positioned to create the world's most compelling buying and selling experience. We are realigning our resources to support these critical areas and enable faster execution.

The sea change at Etsy could be chalked up to black-and-white Capital. Just prior to Dickerson stepping down and the first layoff announcement, the hedge fund said it had a 2% stake in Etsy and criticized the company for what it deemed ill-advised spending while promoting the need to improve site search functionality and better invest research and development spending.

Though Etsy continues to grow revenue, the stakes are high as the retail environment this year has become hyper-competitive. Traditional retail is scaling back on the number of physical stores, but online competition is on the rise as many of these stores are building out their online presence. Etsy has been able to stave off digital rivals like Amazon (NASDAQ: AMZN) and eBay (NASDAQ: EBAY) and has carved out a niche for itself, but the recent slowdown in how fast revenue is growing could be a sign that Etsy's niche is getting cramped. 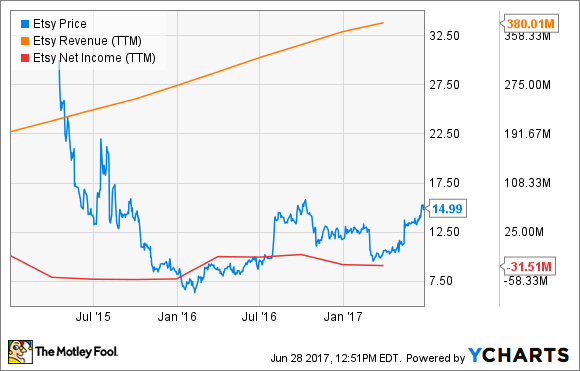 A preview of things to come

Since the slew of changes were announced, Etsy's stock has rallied after some initial panic. That rally indicates there is renewed optimism that Etsy can be a winner in the world of e-commerce, but share prices are still half of what they were when the company debuted as a public company two years ago.

Thus, the ball is still in Etsy's court. The decision to aggressively ax over 20% of the workforce will help with the bottom line, but it remains to be seen how the new leadership team will use those savings to drive overall growth in a difficult retail environment.