If you're contemplating purchasing health insurance for your pet, make sure you know what you're getting.

I'd been told guinea pigs were hardy little creatures, so I didn't think too much about getting pet insurance before I adopted my two. I mean, they're small, they don't live that long (about five to seven years), and they're just rodents -- albeit adorable ones. Fast-forward a couple of years, and I'm in the vet's office, hearing how guinea pigs are actually kind of delicate and it looks like something must have upset my two so much that they abandoned their beloved carrots and hay, and almost all other food.

The drastic drop in food passing through their systems caused a common and potentially fatal condition called "GI stasis," and the vet bills to treat my furry friends quickly topped $1,500. It seems nuts that I spent that much on a couple of guinea pigs. But I did. And each time I wrote a check to the vet, I thought about pet insurance. 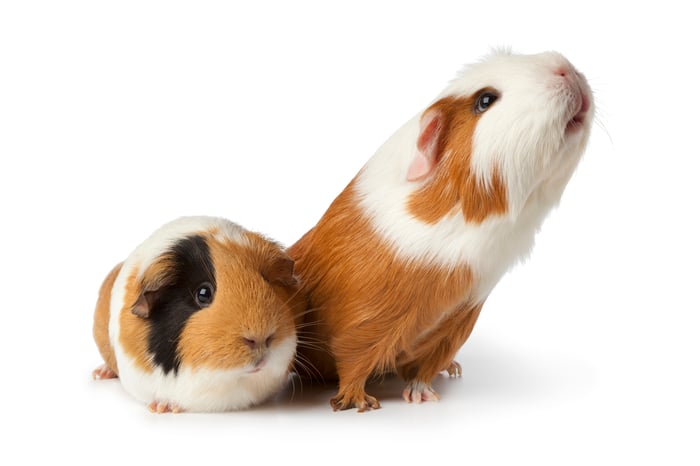 What is pet health insurance?

Medical insurance policies for pets have been around since the early 1900s. The collie playing TV's Lassie had the first U.S. pet insurance policy in 1982, according to the North American Pet Health Insurance Association (NAPHIA), an advocacy group whose members include pet health-insurance companies. The organization estimates the value of the North American pet insurance market at $774 million and says 1.4 million pets in the U.S. were insured at the end of 2015 (the most recent available data), as well as 200,000 in Canada.

That leaves a huge number of uninsured pets. One estimate puts pet ownership in the U.S. at around 94 million cats, 90 million dogs, 20 million birds, 14 million small animals, and 9 million reptiles. The source of that estimate, the American Pet Products Association, estimates Americans will spend more than $16 billion on vet care in 2017.

If you're considering buying pet insurance, here are some things to consider and questions to ask.

Is your pet covered?

Dog and cat coverage is easy to find, but not all plans cover "exotic" animals such as birds, snakes, ferrets, and guinea pigs.

Most pet owners with insurance have opted for plans that cover accidents and illness, according to NAPHIA, while a small portion chose just accident coverage. Pet owners can also buy insurance to cover routine wellness exams and care, such as dental cleanings.

Make sure you know what's covered, as each insurance company's offerings will be different. Ask about specific illnesses, injuries, and procedures, and keep in mind there's a lot that can go into treating a pet. My guinea pigs needed X-rays, blood work, fluids administered by a technician, and several prescription medicines.

Just as importantly, make sure you know what's not covered. Pre-existing conditions are a thing for animals, as well as humans, and pet insurance is probably not going to cover them.

Ask what will cause your premium to rise, or your coverage to be canceled. Your pet's age or a certain number of claims could be factors.

What will the plan cost?

You'll pay a premium to buy the plan and a deductible, either per incident, or per year. A per-incident deductible could be a bad deal if your pet has a run of bad luck.

The average premium for an accident and illness policy was $465 for a dog and $316 for a cat in 2015 in the U.S., according to NAPHIA. Factors that go into cost include the type of animal, its age, where you live, and the deductible and annual reimbursement maximum you choose. A multi-pet discount might be available. 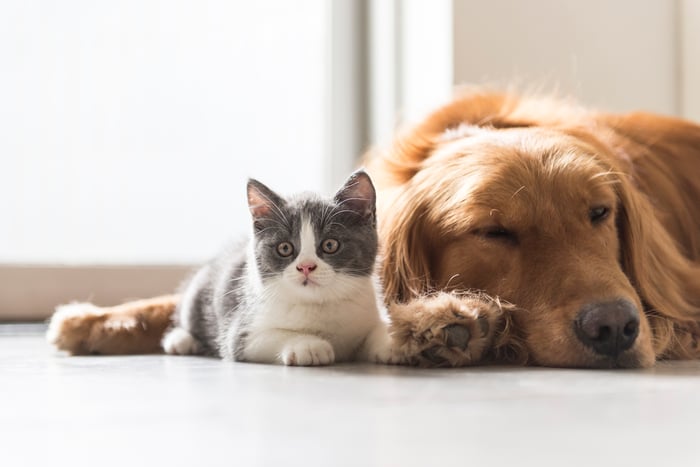 How will claims be paid?

You'll probably have to pay out of pocket and wait for reimbursements. Ask how long it will take to get reimbursed, what portion will be reimbursed, and how you'll need to file claims.

Can you afford it?

Only you can decide if there's room in your budget for this expense, which averaged $39 per month for dog owners and $26 per month for cat owners, according to NAPHIA. Keep in mind that you might pay that premium for years before drawing on it, or you might never use the benefits. If you don't have pet insurance, it's a smart idea to take into account potential vet expenses when you're deciding how big to make your emergency fund.

A Harris poll from 2015 showed people spending $426 per year on medical costs for pets, while the American Pet Products Association put surgical vet visits at $474 for dogs and $245 for cats. Meanwhile, the American Kennel Club shares the stunning statistic that "every 6 seconds an owner is faced with a vet bill of more than $3,000."

Is pet insurance worth it?

Pet insurance is a gamble. If you never have to use it, or only use it rarely for small things, that's great news for your pet, but bad news for your wallet. On the other hand, if the vet presents you with a $5,000 treatment plan for your beloved companion and you're able to say "Yes! Whatever it takes!" without worrying about paying for it because you have pet insurance, you'll utter a huge sigh of relief. I'd suggest going online to find the communities of people who own the type of pet you have or are getting, and talk to them about how often they seek a vet's care.

There are several companies that sell pet insurance. NAPHIA provides links to its members. The ASPCA also offers pet insurance. The American Veterinary Medical Association offers tips on buying pet insurance and links to some providers, and some information on getting help paying vet costs. When considering insurance for your best non-human friends, your best friend is going to be doing research and asking lots of questions to figure out if it's likely to be a smart use of money.