Please ensure Javascript is enabled for purposes of website accessibility
Log In Help Join The Motley Fool
Free Article Join Over 1 Million Premium Members And Get More In-Depth Stock Guidance and Research
By Maxx Chatsko - Jul 4, 2017 at 10:20AM

Overly ambitious and complex rules were set to lead to excessive penalties for automakers and were unlikely to expedite the arrival of electric vehicles.

The Trump administration has promised to move on a sweeping deregulation agenda. One major piece of legislative rules that have been singled out by name is the Corporate Average Fuel Economy (CAFE) standards, which mandate the average fuel efficiency of an automaker's fleet in a given model year.

After being completely neglected from 1985 to 2010, CAFE standards began rising under an ambitious new schedule set up by the Obama administration that eventually targeted a doubling of fuel economy by 2025 to an astonishing 54.5 miles per gallon (mpg).

While automakers such as General Motors (GM 2.65%) and Ford Motor Company (F 2.21%) supported the overhaul at the beginning of this decade, they've taken the political opportunity at hand today to call for the very same rules to be watered down. Despite much criticism, automakers are right to call for weaker CAFE standards in the near term. Here's why. 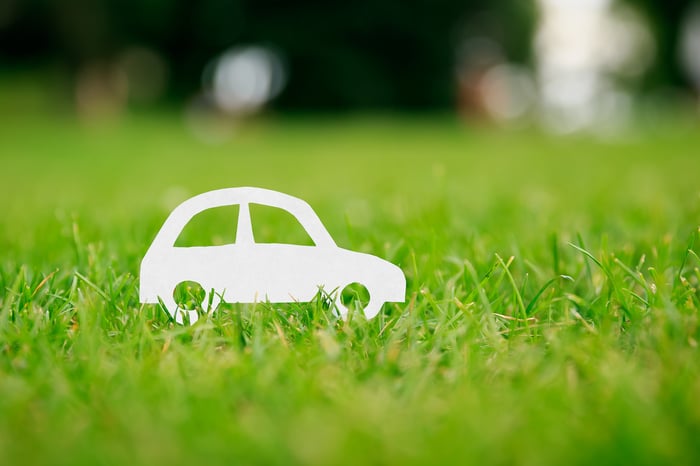 Why it's the right move

The CAFE standards that were set to take effect in 2017 and steadily increase through 2025 were simply too unrealistic. That was the conclusion from a technical report jointly written by the U.S. Environmental Protection Agency, which regulates car emissions; the National Highway Traffic Safety Administration (NHTSA), which enforces fuel economy rules; and the California Air Resources Board, which has special waivers baked into the Clean Air Act. Not a good look.

Now, there's nothing wrong with setting an ambitious target and falling short, while pulling automakers kicking and screaming into the future. But it becomes a problem when failing to hit unattainable goals is met with steep penalties.

Beginning this year, NHTSA was to begin fining automakers $145 for every 1 mpg their fleet fell short of the CAFE goals multiplied by the number of cars sold in the United States. That would have had a significant impact for major automakers, using 2016 sales figures:

In December, the NHTSA decided to postpone the penalties until 2019 after fierce push-back from automakers, but a steep rise in average CAFE standards could make the penalties even more severe in a few short years:

If those numbers look confusingly high, that's because CAFE standards are calculated a bit differently from the EPA sticker fuel economy you see when purchasing a vehicle. There's also a complex series of calculations based on a vehicle's footprint. In other words, a Ford Fiesta and a Ford Mustang will have vastly different fuel economy goals in any given year, even though they're both wrapped into the broader "car" category.

That also means each automaker has slightly different targets each year under the CAFE standards, depending on the makeup of its fleet, even though the national average CAFE targets are often cited as if they apply uniformly. Here's how selected fleets performed in 2016:

Although each company has a different target to meet each year, all of these fleets have to make up significant ground to meet average 2019 CAFE targets for both cars and trucks. Given that the targets are too ambitious -- and the unwavering popularity of SUVs and pickup trucks among Americans -- it appears that most automakers will be paying very large fines if nothing changes.

That's especially true for General Motors and Ford Motor Company, or most domestic automakers, which sell more trucks and SUVs than their international counterparts.

Fining automakers billions of dollars for falling short of unrealistic targets is beyond silly. That's especially true considering that each automaker has made tremendous progress boosting the fuel economy of its fleet in the past decade. Pickup trucks are hundreds of pounds lighter thanks to the use of military-grade aluminum. Consumers have more hybrid options than ever when purchasing a vehicle. And a flood of electric vehicles and even some hybrid pickup trucks will hit the market in the coming years.

All of these advances and more will combine to increase average fuel efficiency and reduce emissions of the nation's transportation fleet. But levying steep fines won't make new technologies already coming down the development pipeline available any sooner -- and could even take a bite out of funds available to invest in new technology or massive battery factories. Simply put, change takes time, which means investors can expect changes to the current CAFE standards in the near future that go beyond delaying NHTSA fines to 2019. The Trump administration makes this a near certainty.