Please ensure Javascript is enabled for purposes of website accessibility
Log In Help Join The Motley Fool
Free Article Join Over 1 Million Premium Members And Get More In-Depth Stock Guidance and Research
By Daniel B. Kline - Updated Jul 5, 2017 at 3:29PM

The online retail giant will have a physical presence, but Costco has unique strengths.

Since it became clear that the internet would disrupt traditional retail, people have been predicting that Amazon (AMZN -1.44%) would take business from Costco (COST -1.41%). That makes some sense on the surface. The online leader has low prices, and it does not require buying in bulk. Amazon also offers a level of convenience since it lets people shop from home, which, in theory, takes some work out of the process.

So far, though, Amazon's growth has not hurt Costco. Instead, the warehouse club has steadily added locations, grown its membership base, and increased its sales. The two companies have actually shown that they can coexist, with that verified by multiple reports that show significant overlap in Amazon Prime members who also hold Costco memberships.

One of those reports, which was released in October by Morgan Stanley and reported on by The Seattle Times, showed that 45% of Costco members also had an Amazon Prime membership. That report, which was from a survey of 2,700 people, said that "members of both Costco and Prime have not and generally do not intend to spend more with one retailer/e-tailer at the expense of the other."

Despite significant history that has shown Costco to be, if not Amazon-proof, at least Amazon-resilient, shares in the warehouse club chain sank when the online retailer recently announced it was purchasing Whole Foods (WFM). That drop seems to assume that somehow owning the supermarket chain will be the Amazon straw that finally breaks Costco's back.

That's flawed logic.While the deal changes the U.S. grocery market, it's not a game changer for Costco. 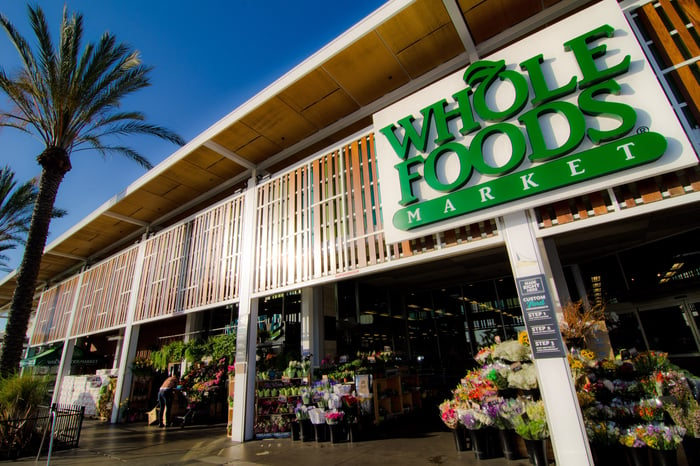 Shares in the warehouse club closed at $180.06 on June 15, the day before the Amazon/Whole Foods deal was announced. They opened the next day at $170.40 and fell further to $158.82 at market close on July 3. That's a 12% drop apparetnly based on speculation that Amazon's purchase would be bad for Costco.

Owning Whole Foods will give Amazon a physical retail presence as it takes over the company's 460 stores in the United States, Canada, and the United Kingdom. That's equal to 60% of the number of warehouses Costco owns ( 732), with 510 in the U.S., 37 in Canada, and the rest spread in a variety of other countries.

Those brick-and-mortar locations will add to Amazon's delivery network and the company's purchasing scale should allow it to lower Whole Foods' pricing (if it chooses to do that). What they won't do is take away the reasons Costco shoppers frequent the warehouse club.

Yes, Costco shoppers want value, and multiple reports show it has cheaper prices than Amazon. But that's only a piece of the puzzle for members of the warehouse club. Many Costco members also enjoy visiting the chain to discover a bargain in its ever-changing merchandise. Some join at least in part because each warehouse is a destination where value comes along with discovery, free samples, and a cheap food court.

"While Amazon's agreement to buy Whole Foods, when consummated, will add a new dimension to the grocery business, it does not materially impact Costco's unique business model, and we would be buyers on COST's recent weakness," wrote Raymond James analyst Budd Bugatch, according to CNBC.

That's a sentiment that's not just shared by me and Bugatch, it was also echoed by Cowen's Oliver Chen and team, Barron's reported. They wrote that Costco's "very low margin & price structure is a competitive moat, for the time being." He also added that "we believe COST's superior value proposition, strong merchandise procurement, fixed margin structure, strong renewal rates, and a superior gas and ancillary business should continue to drive industry leading physical store traffic."

Chen did point out that Costco has to improve its digital channels. That's a reasonable point, but the company has been putting considerable effort into doing that.

Amazon becomes a bigger player in groceries once the Whole Foods deal closes. That could ultimately become a problem for Costco -- depending upon the changes the company makes to the chain -- but nothing about the deal impacts the warehouse club in the short term.

Costco has loyal members and offers a unique store proposition that has not been challenged by Amazon or the growth of Whole Foods. That won't change just because its digital rival has taken over one of its physical ones.