A new investor note predicts that the iPhone may eventually be eclipsed by an AR device -- and it's not as crazy of an idea as it may seem.

Gene Munster, a longtime Apple (AAPL -0.35%) analyst that recently started his own venture capital firm, recently made one of his biggest predictions to date: In the coming years, the iPhone will earn a much smaller part of Apple's revenue, and the company's rumored augmented reality (AR) glasses could begin to take its place.

To be clear, Apple's AR glasses are pure speculation right now, but Munster believes that if the company does launch such a device, it could become one of Apple's largest revenue drivers.

Munster wrote in an investor note on his Loup Ventures website: "We expect iPhone will account for 48% of sales in FY22. In 10 years we expect the iPhone will be around, but be a much smaller part of Apple's business as Apple Glasses slowly gains market adoption." 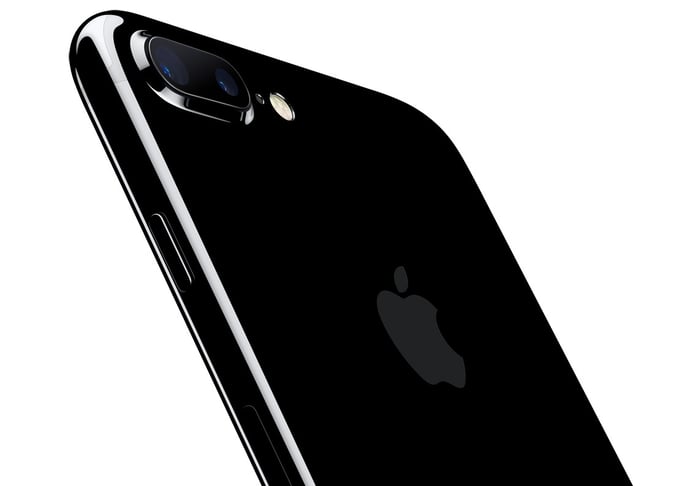 The timing of Munster's note is punctuated by the fact that the iPhone just celebrated its 10th anniversary. Since its launch, Apple's device has grown into a moneymaking machine -- it accounted for 63% of the company's total revenue in fiscal 2016.

But Munster believes Apple's iPhone will follow a slow, downward trajectory after the next phone cycle this fall. He predicts that iPhone revenue will grow by 15% in fiscal year 2018, accounting for 64% of the company's total revenue, but then begin dropping in fiscal year 2019.

In fiscal year 2020 Munster thinks Apple will release its AR glasses and two years later the iPhone's share of Apple revenue will fall to 48%. Finally, Munster says that the glasses will continue to increase as a percentage of sales for the next 10 years as it supplants the iPhone.

Could this really be right?

It's worth keeping in mind that these are predictions for many years down the road, but Munster's estimates do have a solid basis.

He's expecting the average selling price (ASP) of Apple's AR glasses to be about $1,300 when it first launches, and then fall to about $1,000 by fiscal year 2022. High ASPs have been an important part of Apple's playbook for a long time because they allow the company to maintain strong profit margins across its product lines. And if Apple's looking for a product to replace the iPhone in terms of revenue, then it makes sense that it would be one that costs $1,000 or more.

Second, Apple has already indicated that AR is a huge focus for the company. Speaking about augmented reality, Apple CEO Tim Cook said in a Bloomberg Businessweek interview recently:

This wasn't the first time Cook gushed about AR, either. Earlier this year, he had this to say about AR's potential:

I regard [augmented reality] as a big idea like the smartphone. The smartphone is for everyone, we don't have to think the iPhone is about a certain demographic, or country or vertical market: it's for everyone. I think AR is that big, it's huge.

And AR will be huge. MarketsandMarkets estimates that the global AR market will be worth $117.4 billion by 2022.

Apple has already begun pivoting in this direction by releasing a new AR developer kit, which allows developers to build AR-focused apps for its upcoming iOS 11 release. Apple's head of software, Craig Federighi, even said at the company's WWDC event this year that the release of its AR kit on millions of iPhones and iPads means the company now has the "largest AR platform in the world."

It may seem like a stretch right now that AR glasses -- which Apple hasn't even confirmed its working on -- could replace the iPhone. But I think Munster's predictions could easily come true. Apple appears to be staking a lot on new AR tech, the market potential will likely be huge, and the company is adept at finding new markets and then releasing devices that dominate them. It's going to be a few years before we know whether or not an Apple Glasses device is the true successor to the iPhone -- but it sure seems like a good bet.