Please ensure Javascript is enabled for purposes of website accessibility
Free Article Join Over 1 Million Premium Members And Get More In-Depth Stock Guidance and Research
By Chris Neiger - Jun 29, 2017 at 7:30AM

The purchase of eye-tracking company SensoMotoric Instruments shows the tech giant has plans that go far beyond its latest AR update for iOS.

Apple ( AAPL -1.17% ) snatched up a Berlin-based eye-tracking company called SensoMotoric Instruments (SMI) this week, according to MacRumors. In typical Apple fashion, the company didn't disclose how much it paid for the company and only released its usual statement -- "Apple buys smaller technology companies from time to time, and we generally do not discuss our purpose or plans" -- when another media site, Axios, asked for a comment about the acquisition.

SMI has been around since 1991, and the company's tech specializes in allowing devices -- like an augmented reality headset display -- to know where a user is looking and then bring full resolution to that specific area, while blurring out the rest of the display. 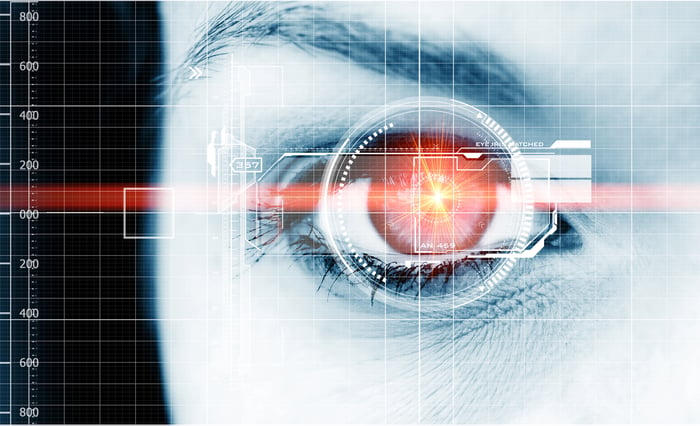 According to TechCrunch, this type of technology can be useful in augmented reality (AR) and virtual reality (VR) displays because it allows devices to focus their processing power on exactly where a user is looking. Additionally, these capabilities become very useful if you want to use eye motion to navigate through a menu on a screen.

It's still unclear what Apple is planning to do with SMI, its tech, and its talent, but the iPhone maker has been very clear lately that AR is a big part of its current focus. The company just recently released its new AR developer kit earlier this month so people can start creating AR apps for the iPhone and iPad, and Apple's head of software, Craig Federighi, said at this year's WWDC that, "When you bring the software together with these devices, we actually have hundreds of millions of iPhones and iPads that are going to be capable of AR. That's going to make overnight the AR kit the largest AR platform in the world."

Apple's position in the AR space is bolstered by the company's ability to easily update all of its devices quickly and easily, giving millions of iPhones and iPads new AR capabilities built right into its mobile OS. That'll happen when iOS 11 goes live in the coming months (its in public beta mode right now) and it gives it an advantage over other device makers that can't make sweeping updates to their devices like Apple can.

Apple CEO Tim Cook has been unusually candid about his company's attention on the AR space as well. In a recent interview with Bloomberg Businessweek, Cook said of AR,

"I think it is profound. I am so excited about it, I just want to yell out and scream. The first step in making it a mainstream kind of experience is to put it in the operating system. We're building it into iOS 11, opening it to ­developers -- and unleashing the creativity of millions of people. Even we can't predict what's going to come out."

Why this matters for Apple

Buying a small AR company isn't all that impressive of a move on its own, but when combined with Cook's thoughts about AR, the company's latest release of an AR kit for iOS 11, and rumors of the company making its own AR headset, then the purchase helps shed some light on Apple's direction.

Like many other tech companies, Apple is betting that augmented reality is shaping up to be a massive business -- which will be worth an estimated $56.8 billion just three years from now -- and it's moving quickly in order to become a key player.