The Mac maker seemingly has an AR headset in the pipeline.

We already know that Apple (AAPL -1.78%) is extremely interested in augmented reality (AR) thanks to a string of comments made by CEO Tim Cook over the past year or so. Given Cook's statements, it should be obvious that the company is working on something in AR; what's less clear is how Apple plans to create and deliver AR experiences. Will it be a function of future iPhones? Perhaps a new hardware product designed specifically for AR? Probably both. 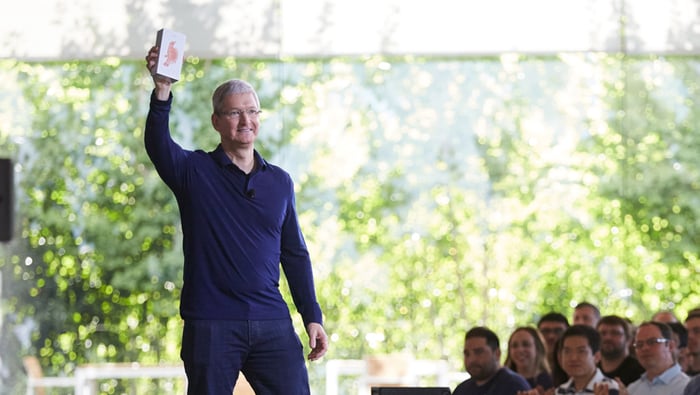 Unsurprisingly, Apple has already assembled a team of experienced hardware and software engineers, while also tapping "talented outsiders," according to the report. The team includes engineers who have worked on Facebook's (META -3.20%) Oculus Rift and Microsoft's HoloLens. Some special effects artists from the movie industry are supposedly even in the mix. The company has also made a handful of AR-related acquisitions to accelerate its efforts, such as the 2015 purchase of AR start-up Metaio or the 2016 acquisition of spatial perception start-up Flyby, among others.

Gurman believes that Apple AR glasses will launch after Apple attempts to include AR functions into future iPhones. The challenge will be keeping the form factor thin and light while being able to deliver compelling experiences. For this reason, AR glasses may be tethered to the iPhone, which has more processing power and can transmit data to AR glasses wirelessly. Keeping costs down will also be important, since the inevitable price point needs to be justifiable to mainstream consumers.

Mike Rockwell, a former executive at Dolby, is reportedly in charge of the team. Rockwell reports to hardware engineering chief Dan Riccio. The report also details many other members of the team, and a diverse range of experiences and skill sets that will contribute to Apple's AR vision.

This all comes shortly after IDC recently predicted that while virtual reality (VR) may be the early winner in the AR/VR race, AR very likely has greater revenue opportunities over the long term.

In other AR news

Facebook may be prioritizing VR with Oculus, but a report yesterday from Business Insider details some of the social network's other hardware projects within its Building 8 division. Facebook has been ramping its hardware efforts, and has no less than four projects that it is currently pursuing, notably including one that involves cameras and AR. The company is betting big that the next big computing revolution will come in the form of VR and/or AR, and being relatively new on the tech behemoth scene, it is determined to help shape the technology.

Once upon a time, Alphabet (GOOG -2.85%) (GOOGL -2.78%) was the poster child for AR with Google Glass. While Google Glass flopped on the consumer front, NPR reports that Google Glass is still very much in use in industrial settings. Manufacturing companies are exploring ways to improve productivity with Google Glass and AR, which allow workers to access more information more easily while still being able to use their hands. Workers previously used tablets, but wearable AR technology delivers many of the same benefits.

In the coming years, the AR front is going to get a whole lot more exciting -- and crowded.