PepsiCo is shooting for at least 3% organic revenue growth this year. Organic revenue is simply reported revenue adjusted for the impact of foreign exchange, acquisitions, and divestments to provide investors with a clearer picture of the top line.

PepsiCo doesn't provide guidance for reported revenue, so organic growth is a closely watched barometer of the company's progress throughout the year.

It's important for the organization to meet or exceed its year-long target of 3% this quarter, as organic revenue improved by only 2.1% in the first quarter of 2017. Two quarters below 3%, while not insurmountable, will create a high hurdle for the back end of the year. 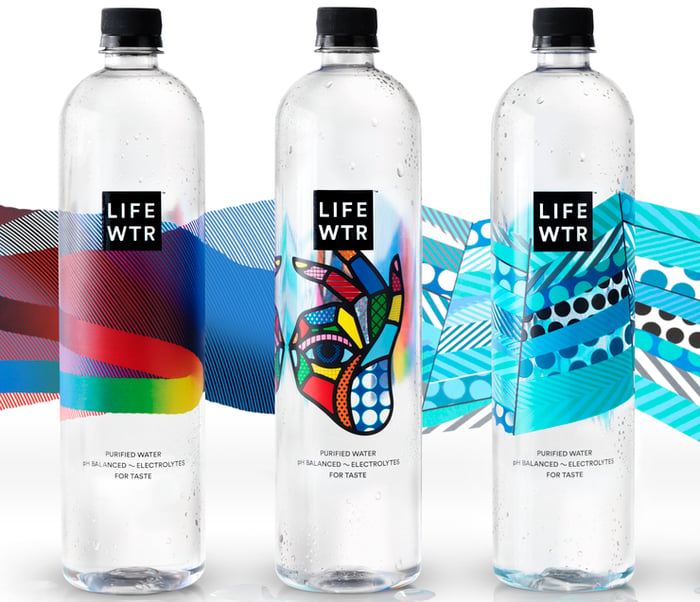 Gross margin is another key number shareholders will scrutinize next week, as it decreased to 56.12% in the first quarter, a 45 basis point drop versus the comparable prior-year period. While this is a modest decline, it marks PepsiCo's second consecutive quarter of year-over-year gross margin compression.

On the company's first-quarter earnings conference call in April, CFO Hugh Johnston explained that PepsiCo is beginning to see some commodity inflation after several quarters of commodity deflation. Johnston explained that the organization tends to increase prices to cover rising commodity costs, but the phasing in of pricing means gross margin could decline again in the second quarter of 2017 before recovering in the final two quarters of 2017.

As for offsetting commodity costs, PepsiCo has lately exhibited a nice ability to raise prices without crimping demand -- most of the company's reported revenue growth of 1.6% in the first quarter was achieved through pricing gains.

But a drop in gross margin of much past 50 or 100 basis points (i.e., one-half to one percentage point) resulting from higher than expected commodity inflation would create a potential concern for shareholders over the next few quarters.

The final big-picture number to watch is "core" (adjusted) diluted earnings per share, or EPS. PepsiCo's management has targeted an 8% increase in full-year core EPS. This works out to $5.09 per share, of which the company earned $0.94 in the first quarter.

In the second quarter of 2016, PepsiCo generated Core EPS of $1.35. Increasing this figure by 8%, in line with full-year guidance shouldn't be too difficult. Last year's second-quarter EPS was negatively impacted by three percentage points as a result of the deconsolidation of PepsiCo's Venezuela operations. So, unless special charges come into play, the company should enjoy a relatively easy year-over-year EPS comparison this quarter.

One of the most important strategic themes in PepsiCo's business is its ongoing effort to mute the impact of declining carbonated beverage sales. In April, Beverage Digest released its annual report on the state of the soft drink industry. Soft drinks posted a volume decline of 0.8% in 2016. The diet soft drink category performed much worse, though: Diet Pepsi volumes tumbled 9.2%, and Diet Coke volume, in comparison, fell 4.3%.

While PepsiCo and arch-rival Coca-Cola (NYSE:KO) have somewhat offset the impact of weak volumes by introducing smaller packaging with higher margins, both companies are investing heavily in the beverage categories that are stealing market share from sodas.

PepsiCo's response to changing consumer preferences includes the February 2017 launch of LIFEWTR, a purified, electrolyte-enhanced bottled water product. According to Zion Market Research, the bottled water category, one of the most vibrant within the beverage industry, is currently growing at a compounded annual growth rate, or CAGR, of 8.5%. Look for PepsiCo management to discuss the initial reception of LIFEWTR during the company's post-earnings conference call, alongside progress on its broader portfolio of non-carbonated beverages.

In a similar vein, the organization is gradually altering its food offerings, particularly within its second-largest segment after North America Beverages: Frito-Lay North America.

This strategic theme is as crucial to PepsiCo's long-term health as its beverage evolution. PepsiCo's executive team often cites its focus on healthier foods and beverages as a primary driver of the company's growth in recent years.

Indeed, CEO Indra Nooyi has taken to citing data regarding these initiatives, including the surprising statistic that the company now generates 45% of net revenue from Guilt-Free products.

Longer-term shareholders should pay attention to the treatment of snacks innovation both in the quarterly filing and the transcript of the earnings call next week. Of course, we'll update you on both in our post-earnings recap.