Please ensure Javascript is enabled for purposes of website accessibility
Log In Help Join The Motley Fool
Free Article Join Over 1 Million Premium Members And Get More In-Depth Stock Guidance and Research
By Eric Volkman - Jul 6, 2017 at 8:05AM

The deal will make Berkshire Hathaway the largest Bank of America shareholder.

Buffett's company acquired the rights when it bought $5 billion worth of Bank of America's preferred stock in 2011. That deal included warrants to purchase up to 700 million shares of common stock. 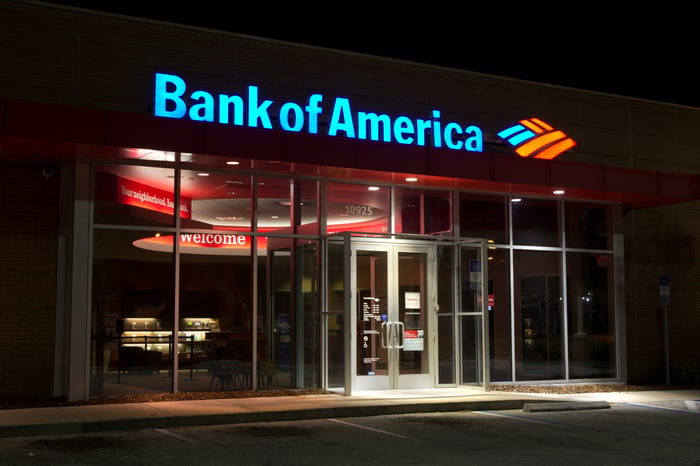 By pulling the trigger on the warrants, Berkshire Hathaway will reap quite the windfall (on paper, anyway). The warrants grant the company the right to buy Bank of America stock at $7.14 per share; the most recent closing price of the stock was $24.68.

Berkshire Hathaway said that, in accordance with the terms of its deal, it would finance the purchase by exchanging the preferred shares for the common stock.

Berkshire Hathaway is set to reap nearly $12 billion in profit from the deal, securing yet another win in an ever-lengthening series of highly profitable stock transactions. It'll also make more in dividends; the bank recently declared a hefty 60% raise in its quarterly dividend to $0.12 per share. On an annual basis, this will mean around $336 million in dividend payouts for Berkshire Hathaway, up from $300 million on the preferred shares.

Meanwhile, the bank will benefit from the investor confidence that comes with having Warren Buffett as a major shareholder. He is a fundamental investor, a natural buy-and-holder who typically invests for the long term in financials he considers worthy. Look at his other holdings in the sector -- Berkshire Hathaway has been a top American Express stockholder since the 1960s, and has held on to the bulk of its massive Wells Fargo stake through that company's recent controversies.

All in all, Berkshire Hathaway and Bank of America shareholders have reason to be happy about this deal; it's very much a positive for both companies.