Don't read too much into the move.

Berkshire Hathaway (BRK.A 0.01%) (BRK.B -0.57%) gets a lot of attention from investors, and when it makes a decision to sell a stock, everyone wants to know why. Warren Buffett is notorious for his long-term investing approach, and over time, he's typically been reluctant to sell without a good reason. That's a big part of why Berkshire's recent sale of a portion of its position in Wells Fargo (WFC 0.68%) attracted so much attention, and the move actually prompted Berkshire to issue a rare press release explaining the true motivation for taking action.

Berkshire Hathaway reported in a filing with the U.S. Securities and Exchange Commission on April 12 that it had sold roughly 7.13 million shares of Wells Fargo stock earlier in the week. The sales generated about $384 million in proceeds, with prices sold ranging from roughly $53 to $55.25 per share. 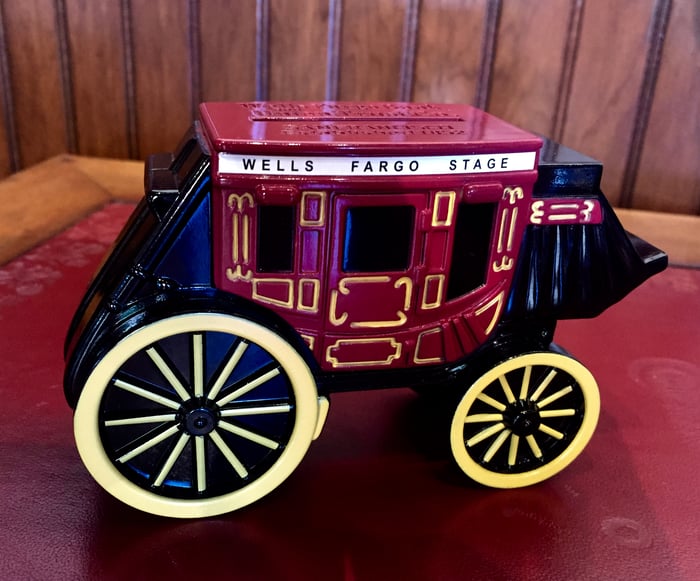 Yet as large as that sale might sound, it represents only a small portion of Berkshire's holdings in Wells Fargo. When you add up the stakes that Berkshire and its subsidiaries own, the total amount still adds up to more than 497 million shares, worth more than $25 billion at current prices. Put another way, despite the sizable sale, Berkshire reduced its holdings of Berkshire by less than 2%.

Berkshire said that it also intends to make additional sales of Wells Fargo stock in the near future. In a news release, the company said it will sell another 1.865 million shares, which could bring in roughly another $100 million in sales proceeds.

Yet Berkshire Hathaway was quick to say that it hasn't lost confidence in Wells Fargo. Indeed, the press release explicitly stated, "These sales are not being made because of investment or valuation considerations." Instead, the action was prompted by regulatory considerations.

The Change in Bank Control Act and related regulations impose requirements on companies that hold a 10% stake in a bank. That hasn't been a problem for Berkshire historically, because even though it has gradually ramped up its holdings in Wells Fargo from 113 million shares in 2005 to as many as 506 million shares last year, the position represented less than 10% of Wells Fargo's outstanding share count.

However, Wells Fargo has gradually used stock buybacks to reduce its outstanding share count. The bank had 5.27 billion shares outstanding in 2010, but over the past several years, repurchases have reduced that number to just over 5 billion shares. That has had the effect of back-ending Berkshire Hathaway into a 10% position in the bank.

At first, Berkshire simply filed the required notice with the Federal Reserve, arguing that it had no intent to buy any more Wells Fargo shares. Yet after negotiations with Fed officials, Berkshire came to the conclusion that what the insurance giant would have to do to comply with applicable regulations would pose an obstacle to its commercial activity with the bank. Accordingly, Berkshire notified the Fed that it would sell shares to return to a less than 10% stake.

What's next for Berkshire and Wells Fargo?

Berkshire Hathaway acknowledged that if Wells Fargo continues to do stock buybacks, future sales of shares might become necessary. However, Berkshire reassured those following the stock that it has no intention of sales beyond whatever's required to keep its position safely below the 10% mark.

Yet taking the extraordinary step of explaining its decision shows just how aware Berkshire is of the controversy surrounding Wells Fargo. The bank has been in the limelight since its questionable sales practices came to light, leading to the departure of CEO John Stumpf. More recently, the bank announced efforts to claw back compensation from key executives, a rare move that signals the importance that Wells Fargo has placed on trying to get its reputation back.

Shareholders in Wells Fargo will appreciate that Berkshire's sales were motivated by the insurance giant's own regulatory concerns rather than the bank's issues. Nevertheless, even with the vote of confidence from Warren Buffett, Wells Fargo has a long way to go before it can restore its leadership position in the banking industry and come out from under the shadow of its recent scandal.