Shares of Seagate Technology (NASDAQ:STX) fell 11.1% in June, according to data from S&P Global Market Intelligence. 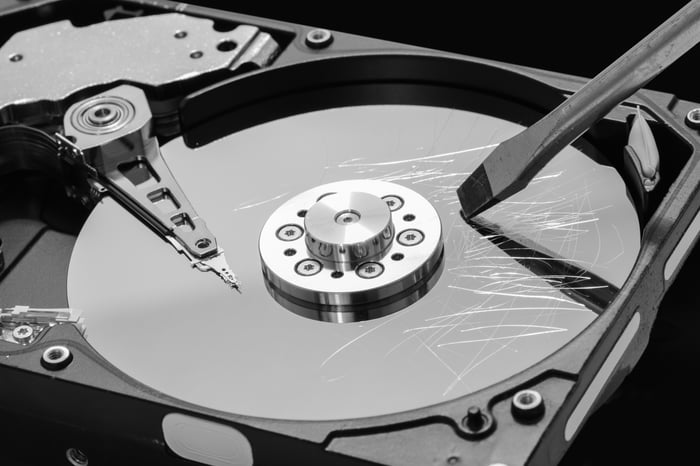 Both Seagate and Western Digital have been crushing the market in recent quarters. Seagate shares have soared 62% higher over the last 52 weeks, while Western Digital delivered an 84% return over the same period. End-market demand for digital storage is more than healthy, even in the old-school hard drive sector that caters to low-cost storage devices with large capacities.