With more than 80 million copies shipped as of March 30, Take-Two Interactive's (NASDAQ:TTWO) Grand Theft Auto V has an installed base that's only about 10 million units lower than the combined user bases of Sony's PS4 and Microsoft's Xbox One consoles. That's an incredibly impressive feat -- and one that points to GTA V being a unique success in the history of the medium. It's transcended being just a game at this point and is now effectively its own platform.

On June 13, Take-Two released GTA Online: Gun Running, the game's latest free downloadable content expansion and what looks to be another momentum driver for the types of in-game purchases that are propelling the company's incredible performance gains. But, while Gun Running is likely to deliver the latest in a long line of successes built off the core game, there are other features in the title's online mode that are even better examples of GTA V's transcendent status. 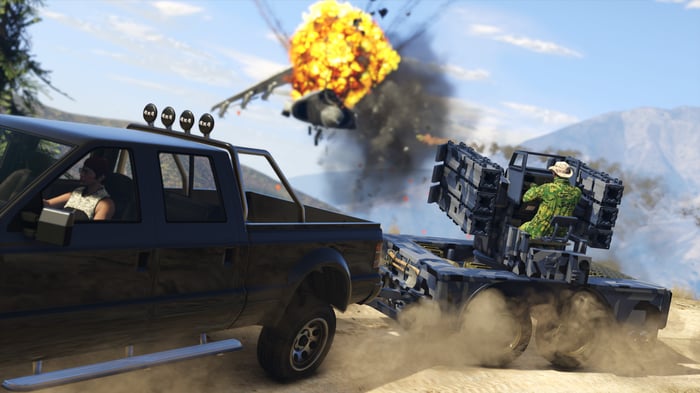 Games within a game

Prior to the release of Gun Running, Rockstar and Take-Two released GTA Online: Tiny Racers -- a racing-style game that's unlike anything else in the GTA V package. With its top-down camera, altered handling for the in-game vehicles, and a different aesthetic, the company's "Tiny Racers" game mode would probably be unrecognizable as GTA V to the casual video game fan and exemplifies the ways in which the publisher's hit game is evolving. These types of innovations will likely continue to feed the GTA Online cash cow by encouraging continued player engagement and pointing to additional opportunities down the line.

Last quarter, digitally delivered sales accounted for roughly 50% of Take-Two's total revenues, and roughly half of those digitally delivered sales came from customers purchasing downloadable content and in-game currency (what the company calls "recurrent consumer spending"). Grand Theft Auto: Online has been by far the biggest impetus in driving these high-margin sales, and ongoing updates and the introduction of new game types that add variety to the overall package have been a big factor in the game achieving the impressive feat of growing recurrent spending in each of the three years following its release. 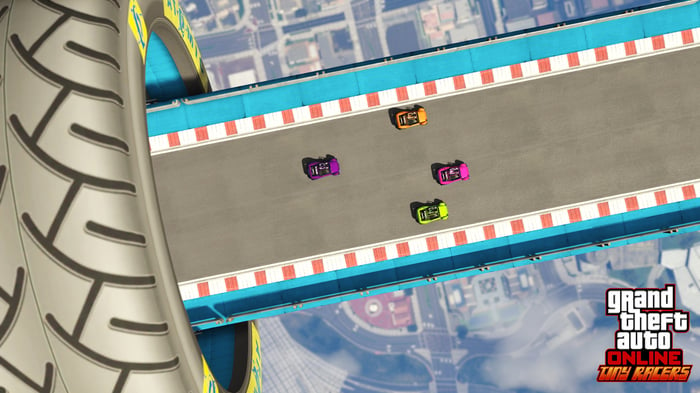 Tiny Racers isn't even a unanimous hit with the game's player base, with fans seemingly split on whether or not it's worth spending much time on, but it adds a lot to the overall package in terms of variety and is exactly the type of thing the game's creators should be doing to keep GTA: Online fresh. Compared to the cost of developing a game from the ground up, Tiny Racers and other new modes are likely incredibly inexpensive to create and give reasons for players to keep coming back and spending money on in-game purchases. 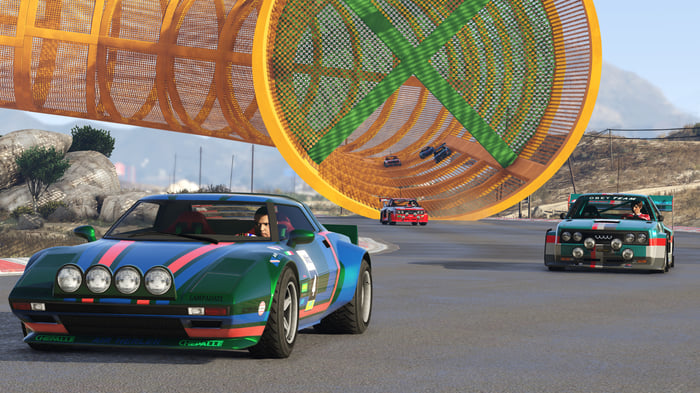 The game's Cunning Stunts mode is more immediately recognizable as belonging to the Grand Theft Auto V family and is yet another example of how Take-Two is delivering content to sustain the life of its most successful release ever. It's not unreasonable to think that the company will continue to expand the GTA Online experience into new genres with future updates.

A variety of online modes and the strength of the game's core single-player experience have helped it deliver retail staying power far beyond the company's expectations, and strong consumer interest in the title's evolution suggests it still has big sales power ahead. Despite Grand Theft Auto V first releasing in September 2013, the game came in as North America's third best-selling video game in the month of May.

Where does Grand Theft Auto go from here?

One thing that's really promising for the future of Grand Theft Auto is the fact that its online component still has substantial shortcomings. While the core single player experience is already quite refined in most ways, GTA Online still has a lot of rough edges. The fact that Take-Two has been able to make the game's online experience such a profitable enterprise despite its shortcomings suggests that performance could be even more impressive if some improvements were made.

As it stands, GTA Online currently suffers from long load times between matches and when switching between game modes -- setbacks that can take players out of the experience and hurt engagement. If those types of issues can be minimized to create a more seamless experience, whether, in the current game or a future series installment, Grand Theft Auto has even greater potential as an online hub that keeps players coming back for its array of content.