It's been nearly 15 years since Warren Buffett first started talking about hunting big acquisitions (or elephants) with an elephant gun (Berkshire Hathaway's massive balance sheet). And he may be aiming it at a new target -- this time, in Texas.

Warren Buffett is reportedly eyeing the utility company Oncor. The Wall Street Journal has reported that Berkshire Hathaway (NYSE:BRK.A)(NYSE:BRK.B) would pay about $17.5 billion for the company, expanding Berkshire's growing energy business in the U.S.

Regulators previously rejected proposals by Hunt Consolidated Energy and NextEra Energy's (NYSE:NEE) $18.7 billion bid to buy the company. In the latter case, regulators wanted Oncor's board of directors and finances to be separate from its parent company, something NextEra Energy wasn't willing to do.

After a decade of financial turmoil, regulators were looking for independence and financial security at Oncor, which Buffett can bring in spades. And if completed, this could be another acquisition that will make Buffett the power player in U.S. electricity generation. 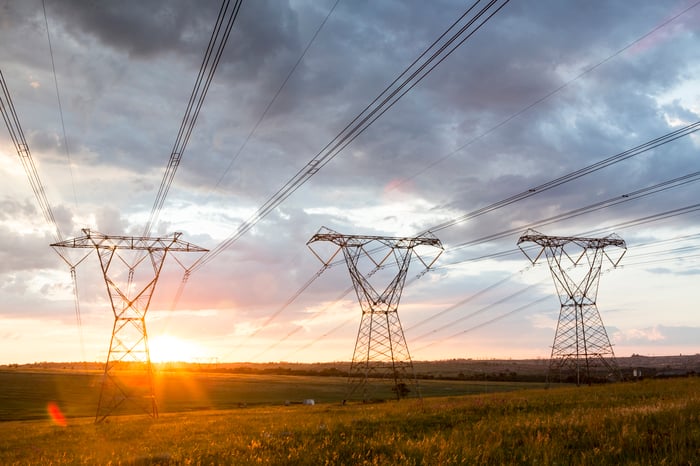 Oncor is mainly an electricity transmission-and-distribution company. Texas, where most of its assets lie, is an unregulated electricity state, which means that customers can buy their electricity from a number of utilities. But the power lines that bring electricity from power plants to homes and business are regulated, acting as a tax in the middle of the electric system. And that's what Buffett is interested in buying.

This is a little different from some of the other utilities Buffett has acquired, like NV Energy in Nevada, or MidAmerican Energy in Iowa, which are regulated utilities and also own power-plant and transmission-and-distribution assets. It's also different from wind-and-solar farms that Buffett has bought that come with long-term contracts to sell energy to a utility.

The common theme is that Buffett wants to buy electricity assets that have a consistent rate of return. He can then use Berkshire Hathaway's low cost of capital to generate more net income from those assets than most other buyers could. And if he gets a steal of a price -- and it looks like he might when compared to NextEra Energy's bid -- he'd come out smelling like a rose.

The strategy of buying regulated utility assets and being a preferred buyer by regulators isn't a new one for Buffett. He said this in his 2009 letter to shareholders:

In the regulated utility field there are no large family owned businesses. Here, Berkshire hopes to be the "buyer of choice" of regulators. It is they, rather than selling shareholders, who judge the fitness of purchasers when transactions are proposed.

The fact that NextEra Energy and Hunt were rejected and Buffett may end up being Oncor's buyer -- at a discount -- shows how valuable his strategy is. Berkshire Hathaway has a strong likelihood of approval in an acquisition, and it's because Buffett has been angling to be regulators' preferred buyer for a decade.

There may be a reason Buffett is getting a discount

Buffett is becoming the big buyer of regulated utilities in the U.S. and it fits his strategy and long-term investment profile. But before you start thinking Buffett has bagged another elephant that's a surefire bet, consider that there may not be an industry that's in for more disruption over the next few decades than utilities. This is a regulated business with guaranteed returns because big businesses, willing to make big capital expenditures, were the only ones who could supply the electricity that people needed. And the government allowed monopoly services, as a result.

But rooftop solar, energy storage, and smarter homes are turning the utility industry on its head. Buffett has already dealt with that in Nevada its biggest customers pay money to leave the utility and then watching voters upend his monopoly in the state and allowing new competition. Plus, the government's recent reversal to allow the return of net metering for rooftop solar, a policy NV Energy had once squashed.

Regulated utilities, even in transmission and distribution, may not be as safe as investors would like to think. And even though Buffett has a long history of success in utilities, I would be hesitant to say this is a sure bet. Innovation is coming to electricity, and old-school utilities are ripe for disruption -- even if they're owned by Warren Buffett.