Predicting the future is hard, but that's essentially what investors attempt to do when buying a stock. That's doubly true for growth investors, who often bet on trends that may take decades to play out. The rewards for being right can be lucrative, but the odds of being wrong are high.

We asked three of our Foolish investors to each discuss a growth stock that has incredible long-term potential. Here's why 2U Inc. (NASDAQ:TWOU), Crispr Therapeutics (NASDAQ:CRSP), and Impinj (NASDAQ:PI) are solid picks for growth investors with an eye toward the future. 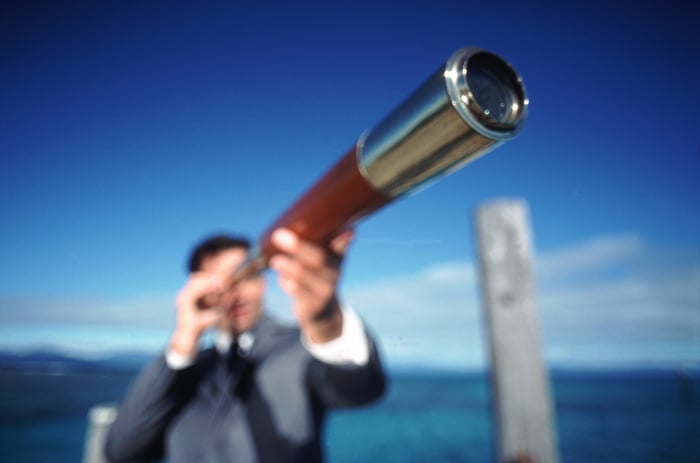 Changing higher education as we know it

Steve Symington (2U Inc.): Online education platform 2U isn't profitable yet, but it's making all the right moves as it works to change the way we think about higher education.

For perspective, when I spoke with 2U CEO Chip Paucek shortly after its initial public offering in 2014, he explained that each degree program it launches has a contract length of 10 to 15 years, but also requires substantial investment from the company. But because it shoulders the burden of most the cost structure of these deals, 2U also collects between 60% and 70% of tuition revenue.

But we can see things have come a long way when we fast-forward to last quarter, when Paucek noted, "Our business now has a sizable, and increasing, number of domestic graduate programs operating at positive margins. This enables us to invest in accelerating our program launch cadence to drive future revenue growth while continuing to improve total company margins."

More specifically, 2U's revenue climbed 36.7% year over year to $64.8 million, while adjusted earnings before interest, taxes, depreciation and amortization (EBITDA) grew 73.9% to $3.9 million. That translated to a GAAP net loss of $0.07 per share. But each measure was well ahead of 2U's financial guidance provided three months earlier, and the company delivered margin improvement in each of its earnings measures. In addition, 2U plans to more than triple its total launched domestic graduate programs (DGPs) by the end of 2020, including 13 new programs expected to launch next year alone.

Finally, earlier this week 2U closed on its previously announced $103 million (plus a potential earn-out payment of up to $20 million) acquisition of online short course company GetSmarter, which should serve to accelerate its growth both internationally and in the non-degree alternative market segment.

In the end, for long-term investors who can look past 2U's current lack of profitability, I think 2U stock should be poised to deliver years of market-beating gains.

A leader in a revolutionary medical breakthrough

Keith Speights (Crispr Therapeutics AG): If you haven't heard of CRISPR-Cas9 yet, you probably will soon. CRISPR stands for clustered regularly interspaced short palindromic repeats -- segments in the DNA of single-celled organisms like bacteria that have short, repetitive base sequences. Cas-9 is a CRISPR-associated protein that can break DNA at specific points.

The promise of CRISPR-Cas9 is that it could allow genetic mutations to literally be cut out of cells inexpensively and relatively easily. Since many diseases are caused by genes, this could be huge. And Crispr Therapeutics is one of a handful of acknowledged leaders in the field.

Crispr Therapeutics was founded by Dr. Emmanuelle Charpentier, one of the co-inventors of the CRISPR-Cas9 gene-editing technique. The company now claims a market cap of more than $600 million -- without any products on the market or even any products in clinical development. That should give you a clue as to just how promising CRISPR-Cas9 could be. However, it also shows why you need to be a farsighted investor to be attracted to Crispr Therapeutics stock.

The company has landed collaborations with two large drugmakers, Bayer and Vertex Pharmaceuticals. Crispr Therapeutics' relationship with the latter is especially intriguing, since its research is far enough along that it could lead to a clinical development program in the not-too-distant future. Vertex also owns a $35 million stake in Crispr Therapeutics. It wouldn't be surprising to see an acquisition of Crispr by its fast-growing partner down the road.

The internet of everything

Tim Green (Impinj): One technology in the early stages of adoption is radio frequency identification. RFID has been around for decades, but with the cost of chips now measured in pennies, a wide range of possible applications have opened up. Impinj, which sells RFID chips and solutions, is a company that should benefit from this trend.

Impinj's chips are used in the retail industry to track merchandise and reduce losses due to theft. Amazon's acquisition of Whole Foods has raised speculation that the e-commerce giant will turn to RFID to make the stores more efficient. Warehouses use its chips to pinpoint the locations of items, making the process of keeping track of inventory simpler and less error-prone. Topgolf, a chain of golf entertainment facilities, uses Impinj's chips to track the location of each ball, automating scoring.

Impinj expects to ship 8 billion RFID units this year, up 32%. There's the potential for this number to grow much larger in the coming years as more industries turn to RFID technology. Impinj is a small company, generating just $112 million of revenue last year, and it has yet to turn a meaningful profit. The stock is also expensive, trading for around nine times sales. But for investors willing to hold on for many years, Impinj could turn out to be a great long-term investment.